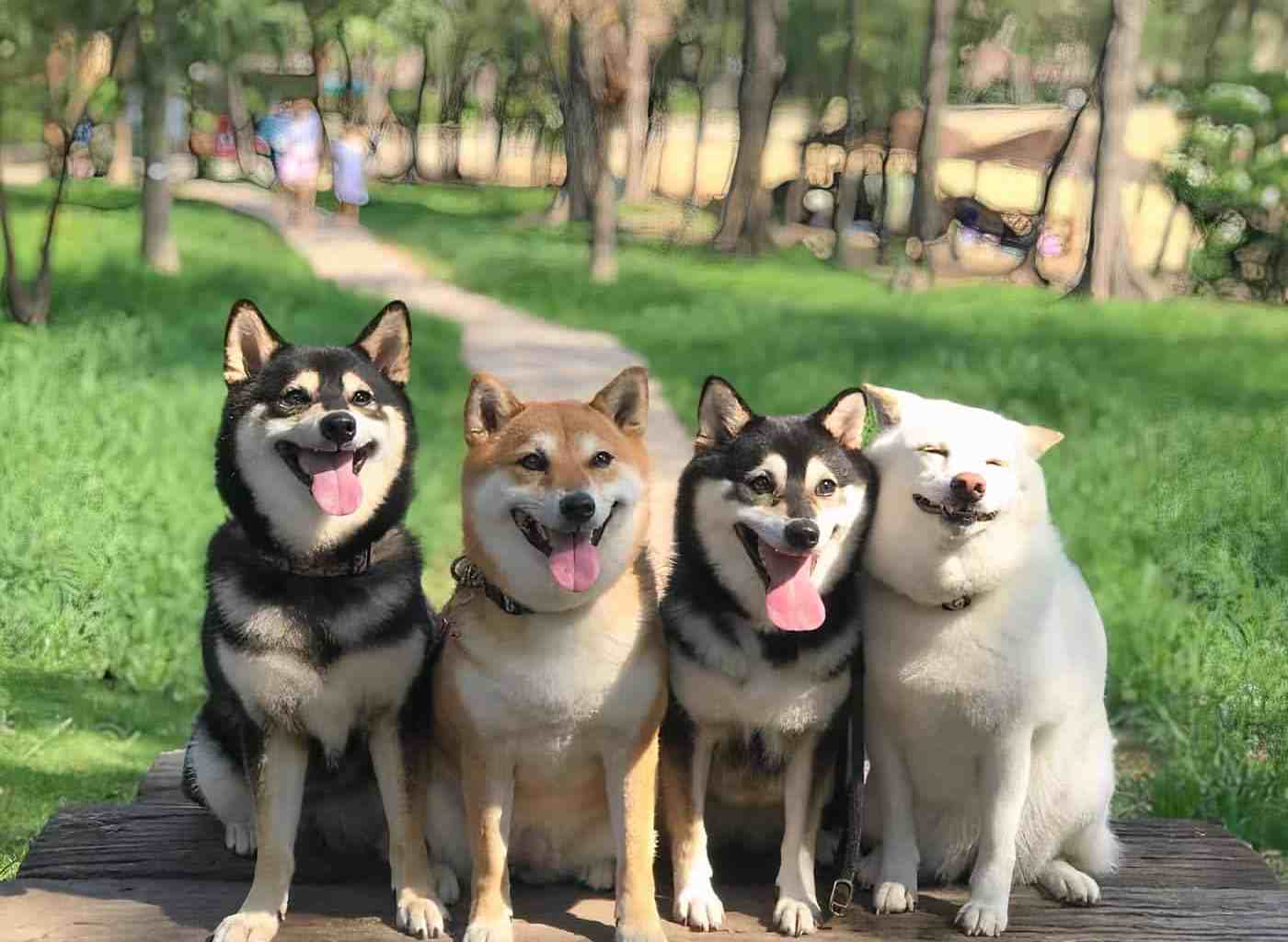 Puppybombing occurs when an adorable dog gets in the way of a perfectly normal picture by acting out its eccentric persona. In humans, this is described as photobombing and usually happens when that friend blinks or can’t stay still for two seconds. Since it transcends species, we brought you five reasons why this Shiba Inu isn’t willing to participate in group pics.

The pictures are provided to us by the dogs’ owner – Yoko, who shared them on social media. This beautiful Shiba Inu pack consists of Kikko – our main star, followed by Sasha, Momo, and Hina. If you want to hear more odd dog names, make sure to check out our article on a chihuahua named Grandma.

1. He’s Just Too Cool To Participate

Dogs are usually exalted when it comes to doing what makes their humans happy. Performing tricks and getting treats in return is always a blessing, but some dogs are simply too cool for that. Non-conformist pups like this Shiba Inu will face any way they like, thank you very much.

2. The Light is Too Bright Out There

Perhaps they saw a bird, or the phone’s attention-grabbing accessory wasn’t to their liking. After all, who falls for that lousy trick anyway? Looking up is an effort within itself, let alone when you’re out there in the blinding sun with your siblings. Be done with it already, human!

3. He’s Too Silly to Be Serious

We’ve all been around mischievous dogs that are always the center of attention. Always jumping around and being playful is a trait most dogs share, including this Shiba Inu. Whether they do it consciously or not, we appreciate their silly ways and are grateful for being in their presence.

4. He Just Thought of a Really Good Joke

So, a Chihuahua, Labrador, and Shiba Inu go to a bar… nevermind – it’s too funny. Who says dogs can’t think of good jokes? That was probably the case with this adorable puppy that took it to the next level while his friends glanced awkwardly in the background. We’re happy for him, really.

Who are we to say that dogs don’t participate in frequent meetings to decide how to ruin humans’ perfectly good pictures? By looking at the picture below, we can safely say that Kikko is a professional in this industry. I mean, look at his friends being all like: “Come on, Kikko, not again.”