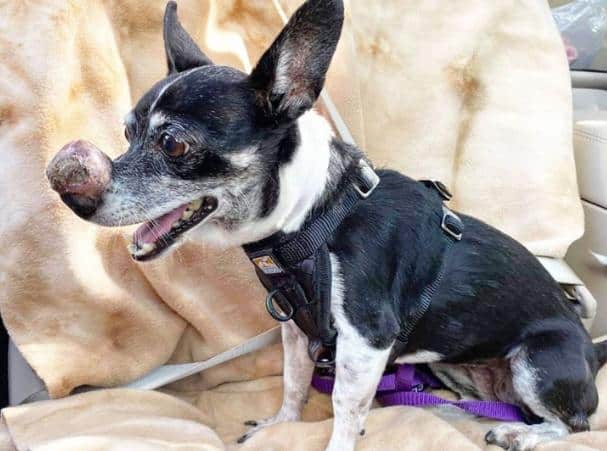 Rudi the red-nosed Chihuahua at Texas shelter to get help

Stray dog given name due to growth on her nose

Rudi is a Chihuahua in Texas who was given her name due to a large mass on her nose.

The red-nosed female, who appears to be a senior, was spared from euthanasia and is getting medical help from Long Way Home Adoptables in Bryan.

Abandoned puppy with extra tail on his head rescued

Vets think the mass on her nose and two large masses on her neck may be cancerous, according to KTRK.

Rudi was originally at BARC Animal Shelter in Houston but was transferred to Long Way Home to receive medical treatment.

Retired military dogs in San Antonio up for adoption

“She had a great spirit even though she was in that situation,” BARC outreach manager Jennifer Barrera told KTRK.