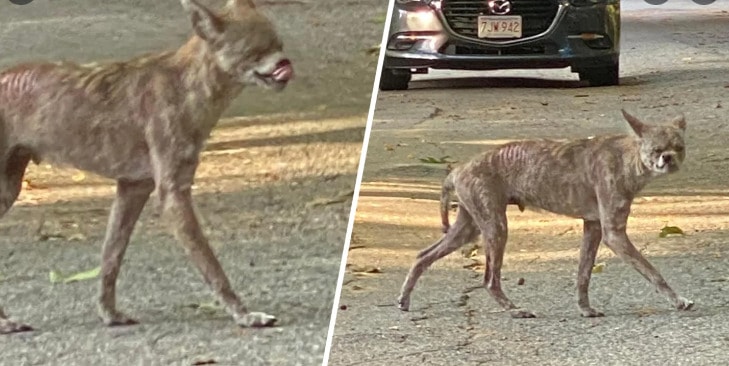 ‘It Ran So Fast’: Coyote Snatches Up Chihuahua in Hyde Park

Another coyote attack on a small dog has Massachusetts officials warning pet owners to be cautious.

“It ran so fast,” she said. “It was just, like, boom — lightning down the sidewalk. Just gone.”

Rampino says she was standing at the top of the steps at her home. And let her dog out, turning her back for a moment. Within seconds, without warning, she saw the coyote take Biscuit from her yard.

She says she chased after the coyote as it carried the dog down the road. But she eventually lost sight of it.

Once word spread about what happened to Biscuit, Rampino says neighbors came out trying to help her find her beloved pet.

“In a moment where you feel so alone, it helped to know that I wasn’t out there by myself,” she said.

After searching 10 hours in the woods, Rampino says she still hasn’t been able to find Biscuit’s body. But she wants to warn her neighbors, hoping no one else has to endure the same pain.

At least three other dogs are believed to have been killed in recent coyote attacks in Massachusetts.

If a dog approaches you, authorities say you should make loud noises and not be intimidated. Pet owners are urged to keep their dogs on leashes at all times.