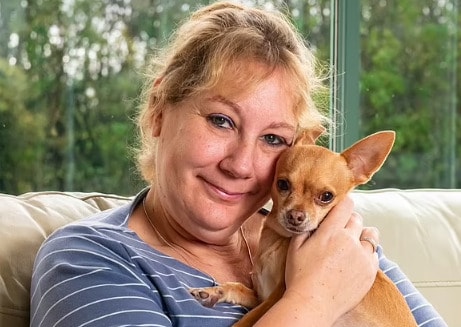 Jac Williams, 54, sold her car and used her inheritance to pay for the dog’s heart surgery.

A retired RSPCA nurse was told her chihuahua, Louie, needed a life-saving op.

Jac, from Dorset, didn’t have pet insurance, so they decided to raise the money alone.

A besotted dog mother has sold her car and used her inheritance to pay for a life-saving operation for her chihuahua.

Married Jac, from Wareham, Dorset, sold her two-year-old Nissan Qashqai for £15,000. It took the remaining £2,500 from an inheritance so that her chihuahua Louie could have a mitral valve repair.

It stopped his heart for between an hour and an hour and a half, where Louie went on a bypass and had a blood transfusion during the repair.

After a week of recovery, the precious pup stayed in intensive care for two days and finally left the hospital.

‘The week before he went in for his surgery, there was a massive deterioration.

‘His breathing was wrong, and when I handed him over, I didn’t expect to be getting him back again. 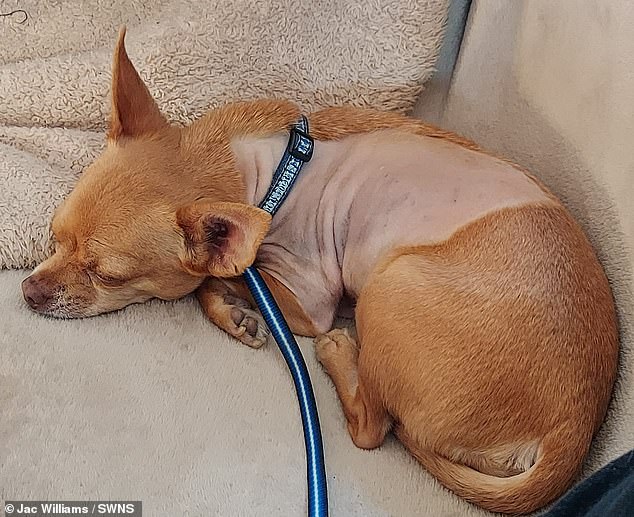 ‘I knew the surgery was his only chance, and I didn’t think he would come home.’

The dog’s condition was picked up by a cardiologist two years ago before routine teeth cleaning.

Jac, a retired RSPCA nurse, found Louie’s options, knowing that surgery would be expensive and specialized.

Only three places in the world performed the procedure Louie had to have: London, Cambridge, and Japan.

Jac said: ‘The surgeon said we had nothing to lose but a lot of money because he’d die without it – probably by the end of the year.’

Jac and her husband don’t have pet insurance, so they took the financial risk themselves.

Louie is only ten years old, and chihuahuas can live to be 16 or 17, and since his surgery, he has come on leaps and bounds.

‘His surgeon was very pleased with his progress. Everything is looking good, and we can gradually start getting back to normal with exercise with another checkup in February.’

Louie’s operation is a relatively new procedure, and if it had been ten years, he would have been given drugs until the end.