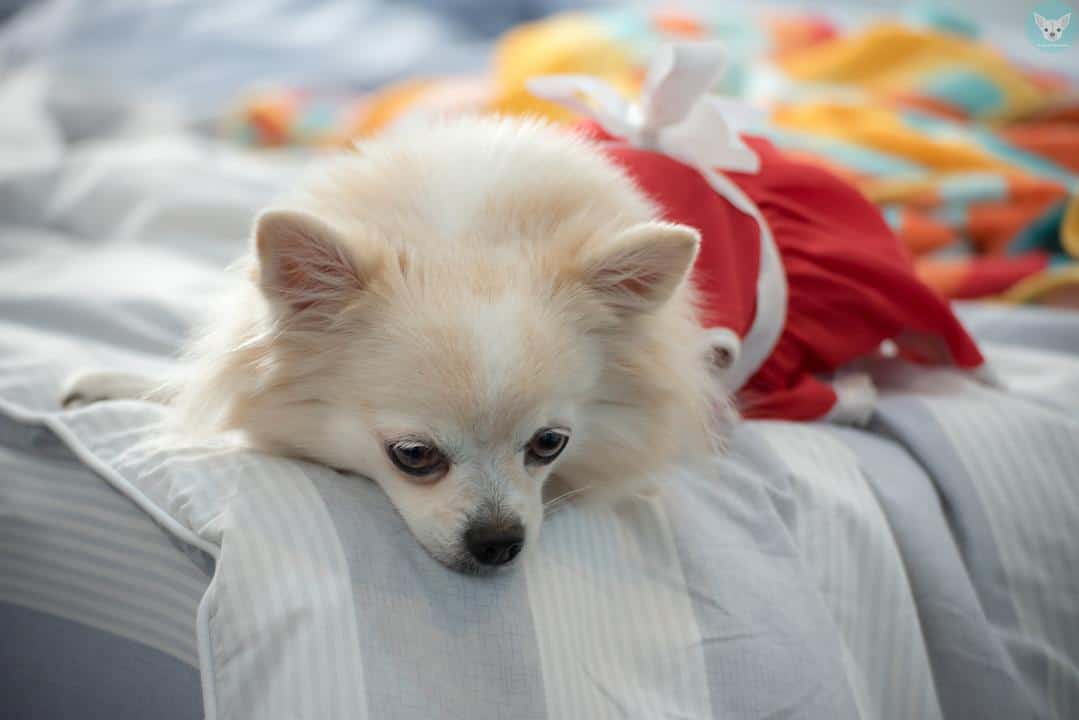 Teach Your Chihuahua to Go to His Bed

When you want to answer the front door without your dog’s assistance and just want your Chihuahua to be elsewhere, it’s useful to teach him to go to his bed or crate and stay there for a few minutes.

The challenge here is that you’ll be telling your dog to leave his place at the center of what’s going on, and most dogs (except the shy ones) like to be in the thick of the action. For this reason, it may take sustained practice to get your Chihuahua to go to his corner every time you ask.

Before you start this exercise, make sure that your Chihuahua really loves his den, whether that’s a crate lined with comfortable bedding, or a basket or padded bed.

Giving him somewhere to go for downtime that gives him a view of what’s going on but that isn’t on the main path through the house will appeal to him.

Teach your dog to go somewhere specific for a limited time, and not just to settle down wherever he’s comfortable.

1. Once you’ve established that your pet’s rest area is as appealing as possible, start to train when the opportunity arises, and reinforce him when he goes there of his own accord. The cue for this is usually “In your bed” or “In your crate.” (If it’s something you’ve taught in some form already, use the cue that your pet is already used to.)

As your dog heads off there, follow him, and as he goes in his bed or crate, say “In your bed” and give him a treat. Repeat this whenever you see him go to his bed of his own accord.

2. When you’ve established that going to his bed, if noticed, equals a reward, try sending him there with the cue. Again, do this over a period of time—don’t rush it, and consistently cue and reward.

3. When he is reliably going to his bed as you ask him to, set up a situation in which things are going on around him—get a family member to ring the doorbell, or ask several people to gather in the kitchen—and then cue him to go to his bed.

This is usually the slowest step; many dogs will rush to their bed in a token gesture, then rush back out to take part in whatever activity is going on. If this happens, accompany him back to his bed, with the cue, and treat again.

With patience and persistence, most dogs will manage a stay of a few minutes—just long enough for you to do something, such as answer the door, without an enthusiastic canine interruption.

That sometimes he can’t be in the middle of everything, and he has to stay out of the way for a short period.

When you don’t want your dog underfoot, it’s good to know that the “Off to Bed” exercise is solid enough for him to obey you without fussing.