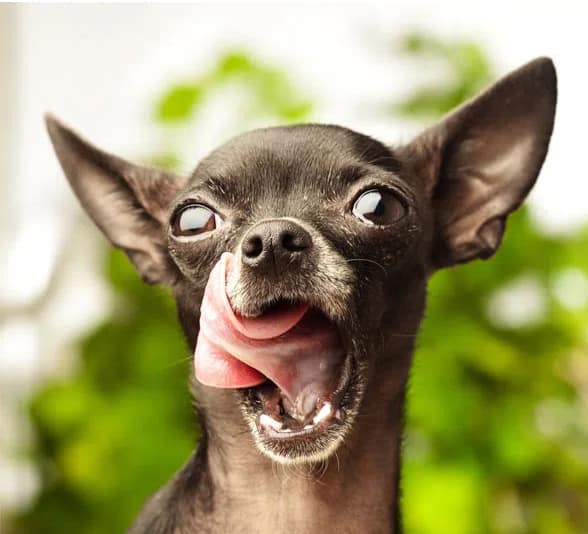 Do dogs eat poop? Yes, and not for the reasons you might think. Here’s the lowdown on why dogs eat poop, how to tell if your dog is sick, and the truth about natural remedies to make your dog stop eating poop.

Is it normal for dogs to eat poop?

It is expected behavior when dogs eat poop, especially among puppies and young dogs, according to Dr. Alex Yeager, an emergency veterinarian with VCA Alameda East Veterinary Hospital in Denver, Colorado. She says the behavior, called coprophagia, which may seem repulsive to humans, is similar to toddlers putting everything in their mouths — it’s a way to learn about the world around them. But with dogs, there can be more profound, underlying medical issues. Let’s take a closer look at some of those reasons.

Why do dogs eat poop?

Dogs eat poop because they follow another dog’s example, it’s an attention-seeking behavior, or they have anxiety. Female dogs commonly eat poop after they’ve given birth. The new mother may eat her puppies’ poop to clean the den. And she often licks her puppies to stimulate their need to poop. Sometimes her pups follow her example and begin the habit.

But for other dogs, eating poop can be an attention-seeking behavioral issue, even when the seemingly dirty habit triggers negative reinforcement from their pet parent, says Dr. Yeager.

Anxiety or stress may also be factors. Researchers have found connections between coprophagia and dogs exposed to harsh potty training methods. The thinking is that some dogs try to eat their poo before their pet parent discovers it and punishes them. They’re trying to hide the evidence, and eating it is their way of getting rid of it. This can even happen inside a crate, where it can become a learned behavior. Dogs in isolation may eat poop due to feeling highly stressed and neglected.

My dog is eating his poop — is he sick?

Several medical conditions could be linked to dogs eating poop — coprophagia. Make an appointment with your veterinarian to check into or rule out these issues:

Some of these conditions have a straightforward treatment, such as deworming. Other times, it’s a temporary issue — dogs on steroids are highly prone to coprophagia and will snack on anything they can find, including poop.

Is there any research on why dogs eat poop?

There isn’t a ton of research on this habit. If only we knew exactly what dogs are thinking!

But researchers at the University of California, Davis surveyed thousands of dog owners in a 2018 study that utilized data from previous studies to shed some light on the subject. During the investigation, they discovered that about a quarter of the dogs ate poop at least once in six months. Meanwhile, about 16% of dogs were obsessive poopy eaters, eating more than six times. And they formed a tentative theory that the habit might be traced back to the ancestors of our canine companions — wolves.

Other findings include coprophagia being more common among female dogs, multi-dog households, dogs diagnosed with anxiety, dogs living in crowded or high-volume shelters, and dogs labeled greedy eaters — those that steal food from their fellow doggos.

How to stop a dog from eating poop

For anxious dogs, anti-anxiety medications prescribed by your vet can be a huge help, says Dr. Yeager, to help your dog stop eating poop. It may take some time and patience if the issue is behavioral, but experts agree that dogs can unlearn poop-eating.

Rhonda Renwick, a dog trainer, accredited through the International Association of Animal Behavior Consultants (IAABC), volunteers her training services to the nonprofit Harrisburg’s Great Dog Program based in Harrisburg, Pennsylvania. She’s used to helping other pet parents with their dogs’ behavioral issues.

So, when one of Rhonda’s dogs, Bella, began eating poop, Rhonda did two things: she taught Bella the cue “leave it” and became a backyard stalker. She watched Bella do her business as often as she could. And if Bella approached her poop as if to eat it, Rhonda tried to be consistent by telling her to leave it. And here’s the most crucial part: Rhonda heaped on the praise when Bella listened to Rhonda and walked away from the poop.

Bella thrived on that positive reinforcement, which eventually helped her kick the habit. Rhonda encourages fellow pet parents to develop an emotional bank account with their dogs. Investing in the relationship with your dog will pay dividends if training is ever needed. It’s a way of recognizing that you love your dog, even when you don’t love one of his behaviors like poop eating.

Several products on the market claim that when fed to dogs, they will make their poop taste terrible, but Dr. Yeager says these products don’t help dogs kick the habit. Furthermore, she warns pet parents to check the ingredients because some of these products contain garlic and onion, which are toxic to dogs. While they’re often billed as a quick fix, these products could do more harm than good.

Sometimes your dog’s food isn’t satisfying him or providing enough nutrition. Investigate whether your dog might have a nutritional deficiency by talking to your veterinarian about high-quality, well-formulated food recommendations. Switching your dog’s food could put an end to his poop-eating days.

What should I do if my dog is eating cat poop?

To prevent this, Dr. Yeager says to keep the litter boxes clean and scooped. Additionally, putting the litter boxes inside protective bins could solve the problem, and the chests contain dogs’ access to the kitty poop.

How do I stop my dog from eating poop in the crate?

This habit could have developed when your dog was housebroken or behavior he learned under stress within a crowded shelter. Shelter dogs should have access to indoor and outdoor areas, but unfortunately, not all covers function this way. That’s according to Natahnee Miller, an associate certified IAABC member who previously worked as a director of behavior care for a large shelter.

Keep a clean space for your dog.

Keep your doggy’s living area as clean as possible, including the yard. According to Dr. Yeager, dogs are more likely to go after old, hard poop that’s been cooking in the sun versus fresh poop. She also encourages pet parents to take frequent, supervised walks with their dogs because walk-induced poop captured in doggie bags will keep the yard cleaner, decrease the chance of future poop snacking, and you’ll also enjoy healthy exercise together for a win-win-win.

In conclusion, although there’s still a lot we don’t understand about why dogs eat poop, there are many solutions for pet parents to pursue. Patience and consistency are essential, along with a reminder of how much you ultimately love your dog.