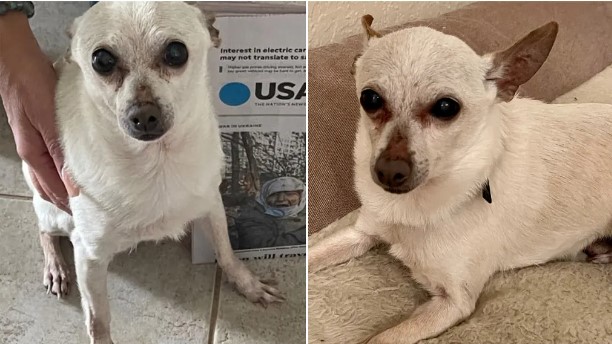 A new record for the world’s oldest dog living has been confirmed in Greenacres, Florida, USA. The record belongs to the 21-year-old TobyKeith.

TobyKeith’s owner, Gisela Shore, has been with him for most of his life. They started their journey after adopting him from an animal shelter when he was just a few months old.

“I was a volunteer at Peggy Adams Animal Rescue, and one of the employees told me about an elderly couple trying to surrender a puppy. They could not take care of him any longer,” said Gisela.

“I met with the elderly couple and was introduced to a tiny tan Chihuahua. They had named him Peanut Butter. I later changed his name to TobyKeith.”

And that’s where TobyKeith and Gisela’s story began. And, it has since then gone on to span over two decades.

Gisela started to consider that TobyKeith could be the oldest dog living when he turned 20.

Once his record was confirmed, Gisela’s family and friends were thrilled.

“It brought a big smile on my face!”

It wasn’t just the humans celebrating either. TobyKeith got a bath, his nails trimmed, and went for a car ride as a special treat.

As you can imagine, the duo have a very close relationship.

“TobyKeith is my little bodyguard.  Follows me everywhere. He lays on me while we watch TV.  I adore him!”

TobyKieth loves to play with Luna and Lala, but shares a special bond with Coco and often walks around with her in tow.

An average day for this old gentleman sees him wake up at 6:30 am for his first trip outside before getting his first snack of the day (his favourite treat is a slice of turkey).

The rest of his day consists of more short walks and, when Gisela is working from home, lying next to her work station.

TobyKeith does have a heart condition, but it doesn’t give him too much trouble.

In fact, now 21 years 3 months 5 days old at the time of writing, TobyKeith has far exceeded the usual life expectancy of an average Chihuahua, which can range from 12 to 18 years.

“People can’t believe how good he looks for his age.”

She believes TobyKeith’s continued health is helped by regular exercise and a healthy diet, consisting of vegetables, rice and chicken and no sugary treats.

Gisela thinks the key to his grand old age is healthy genetics, a healthy diet and, most importantly, a loving home.

Over the past 20 years, Gisela has also fostered over 150 dogs and puppies from Peggy Adams Animal Rescue, where she met TobyKeith all those years ago.