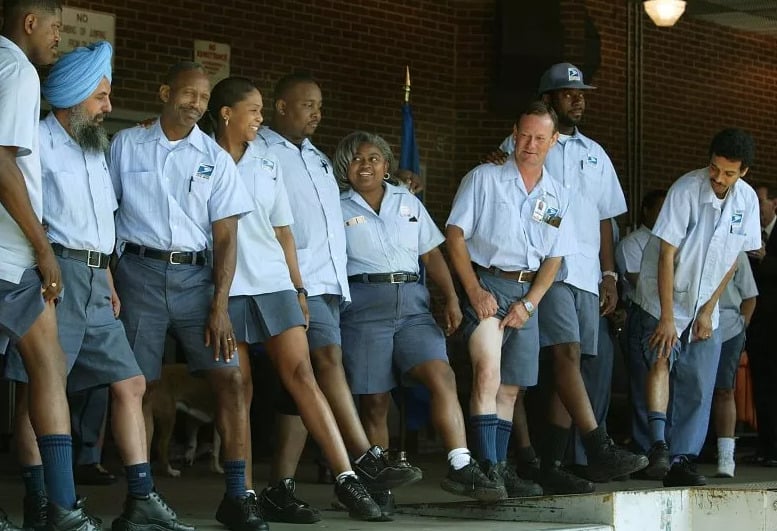 5-Month-Old Chihuahua Patiently Waits for Her Bestie, the Mailman

According to DL Law Group, approximately 5,800 mailman were reportedly attacked by dogs in 2020. And while USPS employees do need to remain cautious, some look forward to the dogs they meet en route. For one 5-month-old Chihuahua named Frannie, the feeling is mutual.

As reported by The Dodo, Frannie plans her entire day around seeing mail carrier Dan. She patiently lays in front of the door until the blue and white truck arrives.

“It’s a real, emotional connection,” Frannie’s owner Lisa Laskey said. “She fell in love with him the day after we brought her home.”

The day after bringing Frannie home for the first time, Laskey took her out to retrieve the mail. It was then that Frannie chose her new best friend in the mail carrier, and she looks forward to their time every single day.

“He got out of his truck and made all these googly faces at her and let her kiss him,” Laskey said. “And ever since that day, it’s like, now this must happen every day. He’s always been the kindest mailman ever, and everyone in our neighborhood loves him,” she said.

Now, the tiny pup spends most of her time waiting by the door and watching for her favorite white truck.

“Frannie will sit on her little bed by the door and watch — she knows the white truck. And when the truck starts coming, her little body starts to shake, and she’ll let out a little yap to let me know he’s here,” Laskey said.

“I try to grab my shoes, be ready for her, and throw on her leash. As he steps up to our mailbox, I’ll put her on the driveway and let her rip. She runs down the whole driveway until she gets to him…and he’s just laughing — this makes his day.”

As sweet as it all is, Frannie doesn’t take it well when Dan is off or away on vacation for an extended period — or even if he’s delayed with his deliveries — because the small dog doesn’t understand.

“I think at this point he’s happier to see her than she is to see him on some days,” Laskey said. “It’s turned into a mutual friendship and special connection.”

The two have such a unique friendship that Laskey dubbed the two “Fran-Dan” on her TikTok page. She posts regular videos of their bond for all to enjoy.