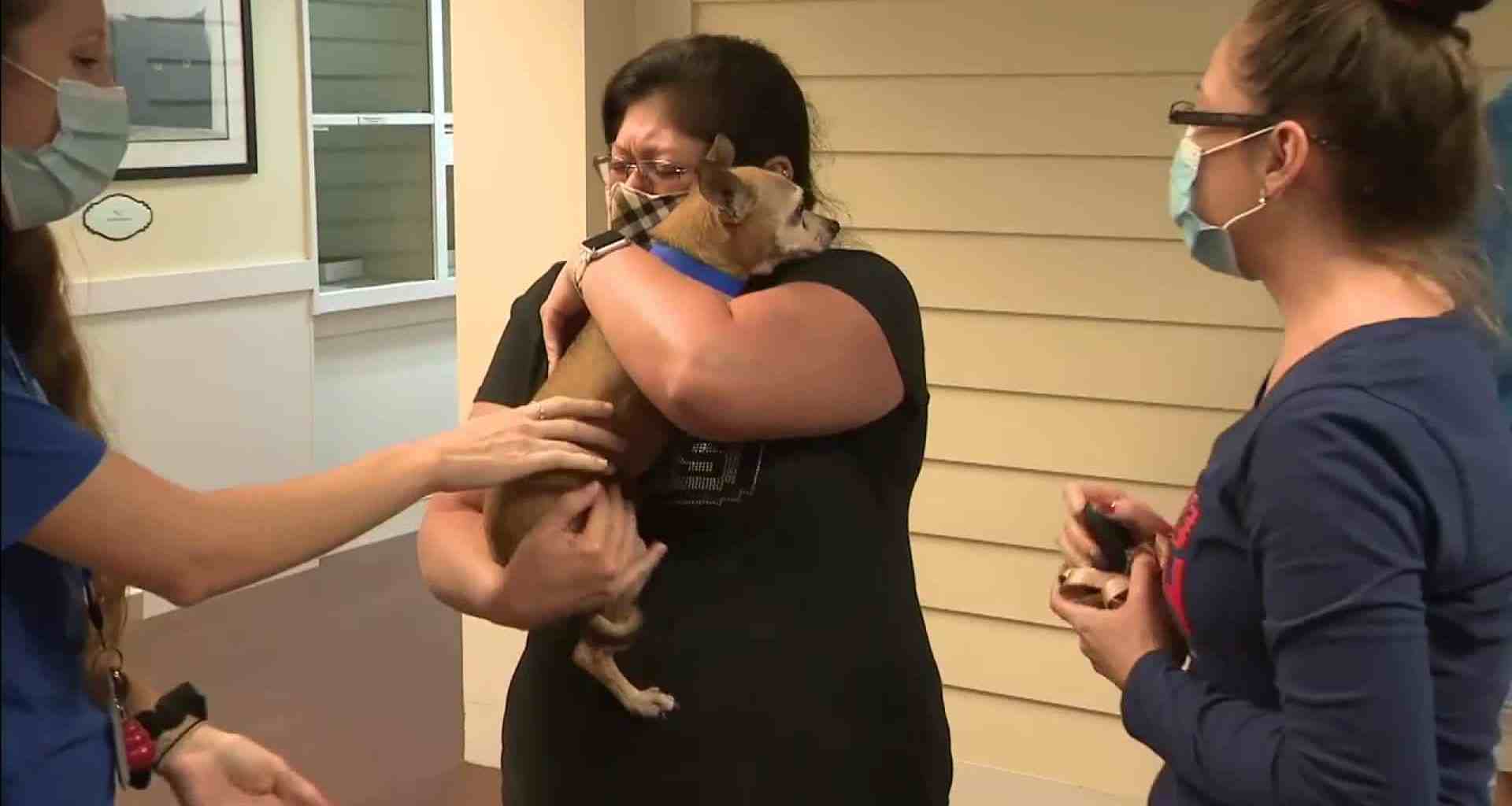 How long would you hold out hope that your furry friend was still trying to find their way back home to you? Six months? A year? More than a year? Forever? A Texas family had nearly given up hope that their beloved chihuahua, King, was never coming back. It had been six years since they reported to the police that It had stolen their dog from the backyard in San Antonio.

“We legit thought he was gone,” Danae Vazquez said. They has stolen our dog.

But recently, the Vazquezes received a call from the Humane Society of Broward County in Fort Lauderdale, Florida.

Someone had surrendered King!

Since King was microchipped, the humane society was able to reunite the now 15-year-old chihuahua with his owners.

Danae and her mother, Debi, drove 19 hours from San Antonio to Fort Lauderdale to pick him up and bring him back home to Texas, where he belongs.

“He looks unfortunate, very skinny, but so happy to have him back in our family where he belongs,” Debi said.

After his disappearance, his family searched everywhere and contacted the local shelters around San Antonio, but they never had any leads.

Debi and Danae said they always worried about how he was being treated or,,, worse if he was alive. Now that they have him back in their arms, they plan to show him all the love and affection he has missed over the last six years.

The Vazquez family plans to give the 15-year-old chihuahua a life fitting to his name.