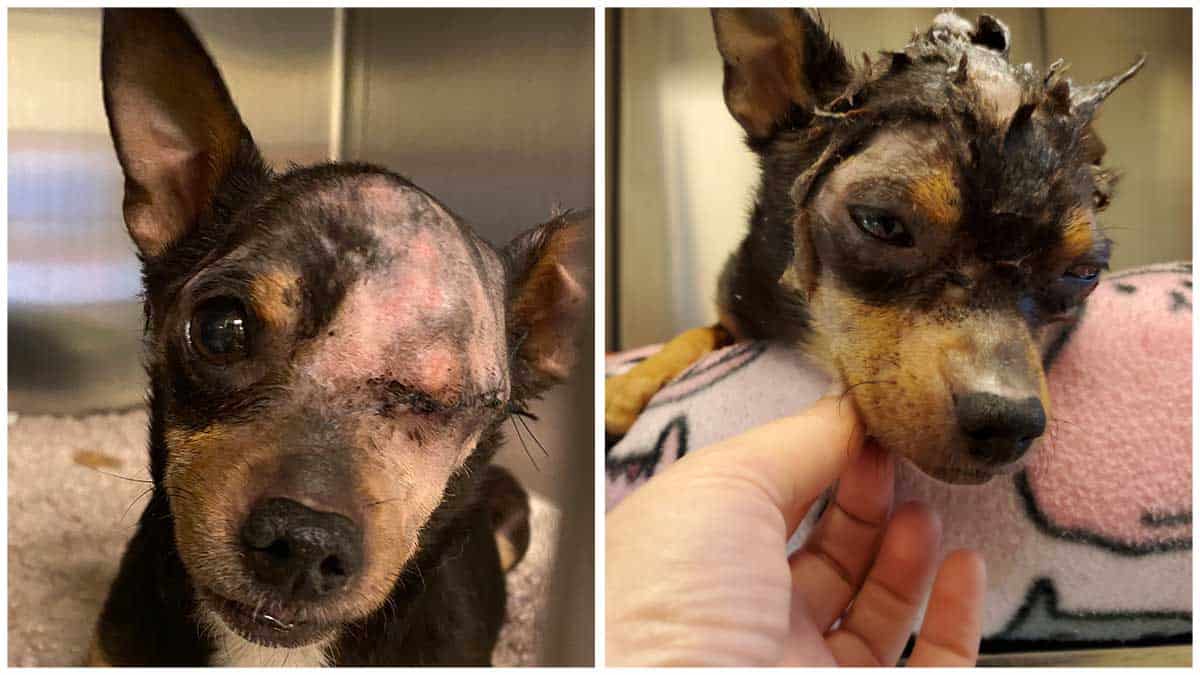 GOLDEN, Colo. (KDVR) – Weighing in at only eight pounds, Pepito is finally in safe hands at the Foothills Animal Shelter. The abused Chihuahua went through so much; his story is heartbreaking.

LINK: Donations for Pepito’s care can be made to the Foothills Animal Shelter Relief Fund.

An Animal Control officer discovered Pepito in terrible condition during a late-night call to the dog’s house.

The officer rushed the abused Chihuahua to Evolutions Veterinary Specialists (EVS) where he was stabilized.

Pepito was taken to Foothills Animal Shelter the next morning. Dr. Claire Vaiden, the shelter’s veterinarian, examined him. She determined he had been suffering for a long time before being rescued.

“On presentation, he was neurologically abnormal and had severe facial swelling, both of which can be signs of head trauma,” said Dr. Vaiden. “He also had a skin and eye condition that were most consistent with burns of roughly 14-21 days old.”

From an Abused Chihuahua to a Happy One

Pepito is improving with each day with “his generous spirit,” according to shelter staff.

He is walking with assistance, responds to his name and is regaining vision in one eye. The other eye was so damaged it had to be removed.

“His skin is improving but still infected, and he likely will have permanent scars from the damage it sustained. While he may have some permanent brain damage from this traumatic event, it has not affected his spirit; he now greets me every morning with a tail wag and a little kiss on the nose. His sweet demeanor and loving nature have us all rooting for him,” said Vaiden.

“Pepito has a bright future ahead of him – one filled with love and dignity,” said Connie Howard, the shelter’s executive director.

According to the shelter, an animal cruelty charge has been filed against the alleged abuser.