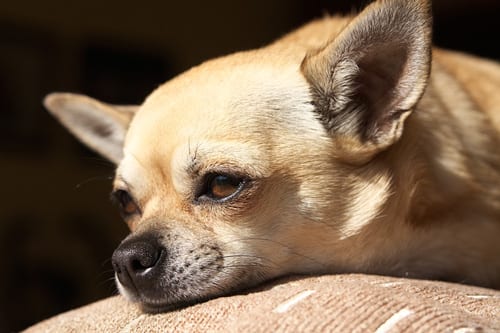 Can Owning a Chihuahua Cure Asthma?

If only the solution for keeping asthma at bay were as simple — and enjoyable — as adopting a dog. Asthma is an inflammatory disorder of the bronchial tubes that affects more than 17 million Americans. It causes more than 5,000 deaths yearly. It is also the most common chronic childhood disorder, affecting 6.3 million children (approximately 1 in 13 school-aged kids).

Although numerous medications exist that work to keep asthma in check, there is no cure for this disorder. Because not all asthma medications are equally effective on all sufferers. Therefore, it is expected that at least some who live with this illness look to the world of folk medicine and superstition for relief from the crushing inability to breathe.

In addition to various herbs, nostrums, and rituals said to alleviate asthma symptoms. A widespread belief positions one particular breed of man’s best friend as an asthma cure. Chihuahuas, it is said, will take asthma out of a home. Either their presence working to wipe out the disease or the animals themselves soaking up the illness resident in human masters and so transferring it to themselves. (The rumor exists in both forms: these dogs killing asthma or chihuahuas serving as canine illness sponges.)

I have encountered a weird one that is quite popular in Georgia, US. Chihuahua dogs will ‘take on’ a child’s asthma. The dog will pick out the one in the family with asthma and sleep on their chest, will cough, and one day will cough up black stuff, which cures the person with asthma. I couldn’t believe my ears – my neighbor believes this 100%, as advised by her MD and a vet. She tried it and claimed this had cured her son of asthma. I am now finding that many folks around here have heard of this.

I have heard from numerous people that if a person with asthma owns a chihuahua, the dog will exhibit asthma symptoms, and the human attack will be less severe. I ask because I have a chihuahua and have recently been diagnosed with asthma. It seems farfetched, but my dog exhibits breathing problems, and I can’t help but wonder if there is a chance that I am making her sick.

Consequently, many families of asthmatic children have rushed to purchase these dogs and install them as family pets. Some believers in this cure insist the child must sleep with the chihuahua if the remedy is to be effected; others also specify that the dog must lie on the child’s chest.

When those who pass along the news of this cure advance a source for their information. They will often say that the chihuahua remedy began with the Aztecs. Some will add that the Aztecs revered the chihuahua as the “ruler of the nose” and thought it had the power to cure various ailments besides asthma. Impressive as that sounds, there’s only scant reason to believe Aztecs had anything to do with the development of the belief that this particular dog would cure this specific disease.

The Aztecs certainly did like this little dog. While it is rumored that the chihuahua started as a foodstuff for them, the small canine eventually came to be regarded as a spiritual guide that would help a dead Aztec make his way into the afterlife. And part of that process involves the animal’s absorbing the sins of the person who’d died. This information resembles the “chihuahuas cure asthma” rumor that it cannot dismiss the Aztec connection entirely.

More plausible is the explanation that the rumor became attached to this particular pooch because many chihuahuas wheeze. And make breathing noises that sound like someone struggling with asthma. It can therefore say that the dog is drawing asthma from the sufferer and taking it up himself. (For worried pet owners, we note this is not the case: asthma does not get passed from human to dog.)

Unfortunately, for people living with asthma, the chihuahua remedy doesn’t work. While it is true that these creatures are somewhat less likely to provoke allergies than most other breeds of dogs, owning one will not in itself cure this illnes. (In terms of providing canine companionship for allergy sufferers, these short-haired dogs aren’t a magic bullet. They can still stir up all the usual asthma symptoms because it’s not fur that is the allergen. It’s substances contained in dander and bodily secretions. However, smaller dogs and dogs with single-layered coats generally produce less anger, and chihuahuas possess both these qualities.)