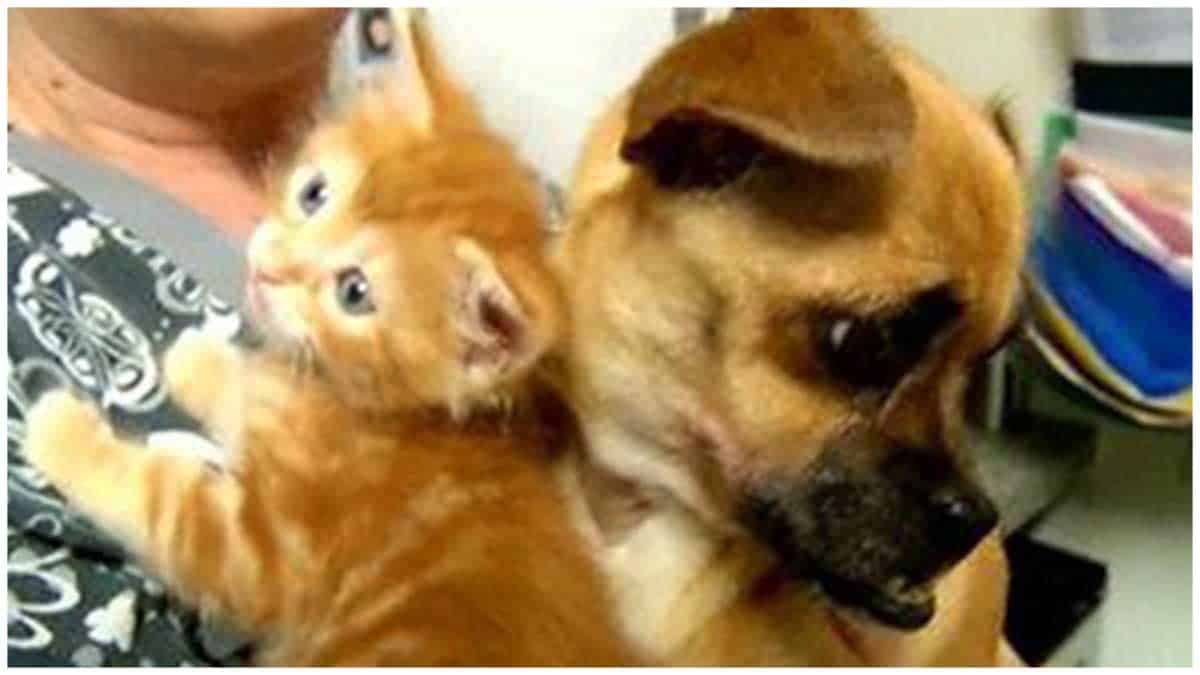 When two orphaned kittens were left at the door of Abandoned Pet Rescue in Broward County, Fla., it was clear they were too young to survive on their own.

What the kittens needed was a mom, and they found one in the most unlikely candidate: a dog.

Everything started with Marcy, a Chihuahua mix brought to Abandoned Pet Rescue by Broward County Animal Control. She lost the puppies she was carrying, but stepped in right away to care for the kittens.Still lactating, Marcy is able to feed the kittens; she also cuddles with them, nuzzles them, and licks them clean.

Moreover, Marcy is settling in, enjoying her new role as mom to the kittens she’s adopted. “It’s as if they were meant to be together,” Kristine Sawyers of Abandoned Pet Rescue said. “There’s no doubt about that.”

After this, the rescue has named the kittens Romulus and Remus, after the ancient Roman legend about two twin boys who are raised by a mother wolf.

“We’ve shattered that whole myth about dogs and cats not being able to get along,” Sawyers said.

Romulus and Remus are doing well, thriving under the care of their canine mother. In fact, rescue personnel claim the kittens are even getting a little chunky.

However, Marcy isn’t the only dog making headlines for mothering babies of a different species. Baby, a French Bulldog from Germany, recently adopted six wild boar piglets. Also, Labrador Retriever Fred is playing dad to Dennis, a duck found orphaned after a fox killed his mother.