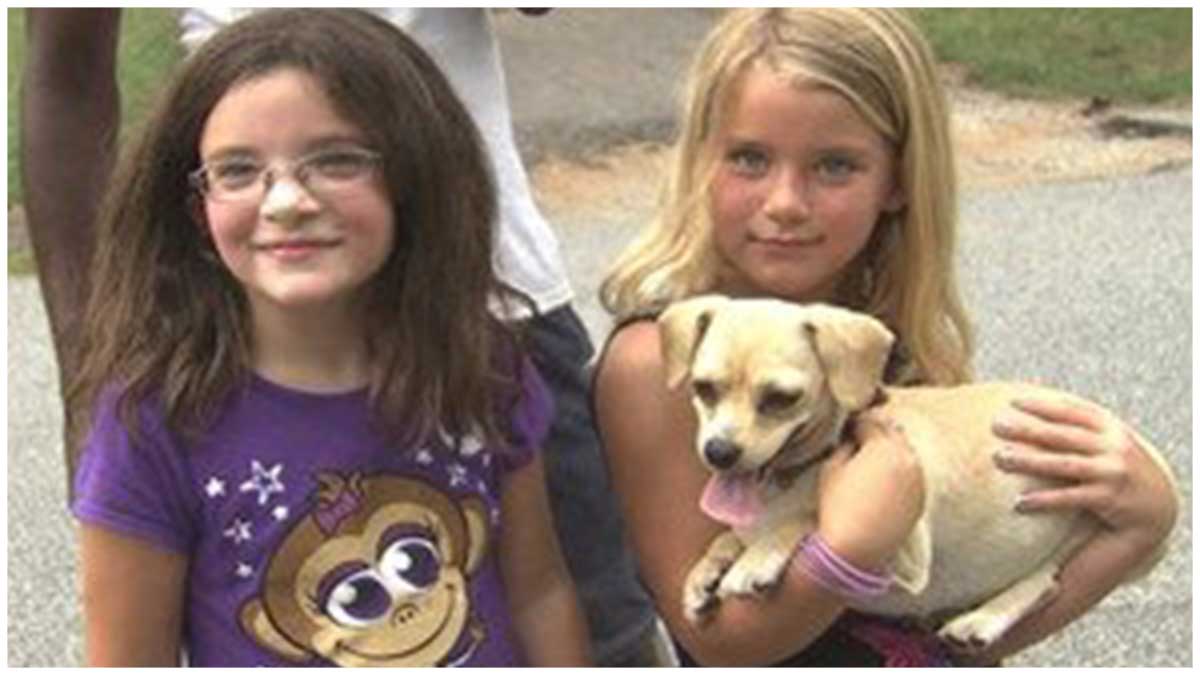 Three girls missing in the woods near Newnan, Ga., are safe today after being sniffed out by the most unlikely of heroes — a pint-sized Chihuahua named Bell. The missing Georgia girls are safe and sound, but their stories are much scarier.

Monday seemed like an ordinary day for sisters Carlie and Lacey Parga, 8- and 5-years-old. The girls, joined by Carlie’s best friend Victoria Baker, went on a walk around the cul-de-sac with their dog, Lucy.

When Lucy caught a whiff of something just off the path, she took off, pulling the three young girls with her. Heading further and further into the woods, the terrain suddenly became unfamiliar. Before they knew it, they turned to missing Georgia girls.

The Story of the Missing Georgia Girls

“We tried to find our way out of the woods,” Carlie told CBS News Atlanta. “We kept following paths and stuff and we got lost.”

The girls walked through the woods for hours, desperately searching for a trail that seemed familiar.

“We were scared we were going to get lost more,” Carlie said.

Carlie and Lacey’s father, David Parga, knew that something was wrong when his daughters didn’t return home right away after heading out for the usually short walk.

“It’s not like them to wander off,” David explained. “They were nowhere. I start running through the woods, calling at different spots, they are not answering, and I’m not hearing anything, so my wife called police.”

As police and firefighters arrived on the scene, neighbors joined in the search for the missing girls — including neighbor Carvin Young and his Chihuahua, Bell, who live across the street from the Parga home.

As Young and Bell set out from their home, Bell seemed to know right where to go. Led by the little Chihuahua, Young walked deeper into the woods, certain that the girls would be close by.

“Bell sniffed them out,” Young told CBS News Atlanta. “She smelled them, her tail went to wagging and she kept running and running until she got to them. She started jumping up on me and I knew we were close.”

Young and Bell finally spotted the three scared girls and their dog on the opposite side of the woods from where the girls entered hours earlier.

Carlie and Lacey’s mother, Rebecca Parga, is beyond grateful that Bell found her children.

“[It’s] a sheer blessing that [Bell] lives across the street from us,” Rebecca said. “Bell is familiar with them, and she knew they were back there, she knew my kids. That’s what kept drawing her to go in that direction.”

Young is proud of his Chihuahua’s search and rescue abilities.

“[They’re] inseparable” ❤️️ Meet Mateo — a sweet rescue dog who…
We use cookies on our website to give you the most relevant experience by remembering your preferences and repeat visits. By clicking “Accept”, you consent to the use of ALL the cookies.
Do not sell my personal information.
Cookie SettingsAccept
Manage consent