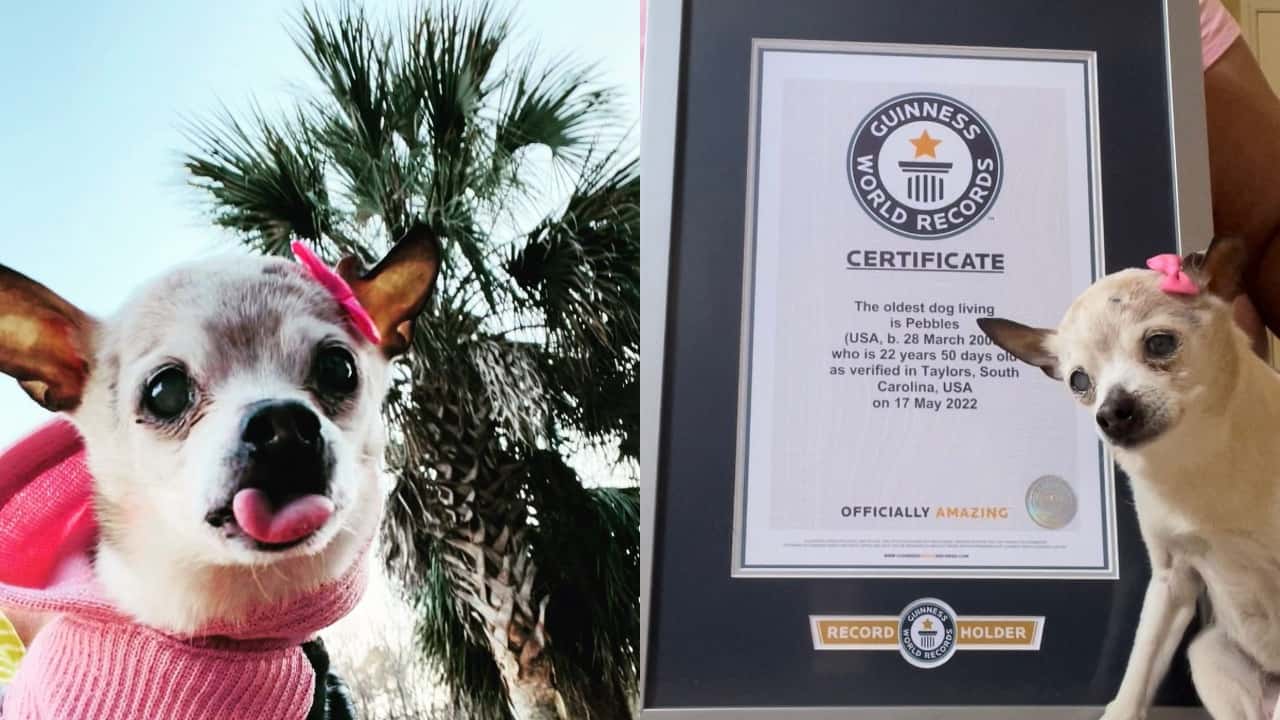 The world’s oldest dog has been crowned – stealing the throne from another dog who was only recently making headlines.

Pebbles, a toy fox terrier, was awarded the Guinness World Record this month. Born on 28 March 2000, Pebbles is 22 years old. This makes him older than TobyKeith, the 21-year-old chihuahua from Florida who was only recently named the champion.

When Bobby and Julie Gregory of South Carolina saw a news report about TobyKeith, they realized their dog was older. “Bobby was sitting on the couch, and friends and family started texting and calling about a story they saw.”

“When I saw TobyKeith’s story all over the news, I applied [for the record],” Julie told Guinness World Records.

Back in 2000, the couple was looking for a large-breed dog when they came across Pebbles instead. “She was jumping and barking so much at Bobby. He had no choice but to pick her up and check her out,”. “It was instant love the second the two met.”

The Gregorys told Guinness World Records that Pebbles ruled the household and that she’s typically calm – though she can be crabby if woken.

Pebbles enjoys listening to country music, getting cuddles, and sleeping until 5 pm.

“Pebbles is like a wild teen who loves to sleep during the day and is up all night,” said Julie. “Her two favorite country singers are Conway Twitty and Dwight Yoakam.”

This year Pebbles marked her 22nd birthday with a bubble bath and a meal of ribs.

“Most people who know Pebbles can’t believe how long she has lived,” said Julie.