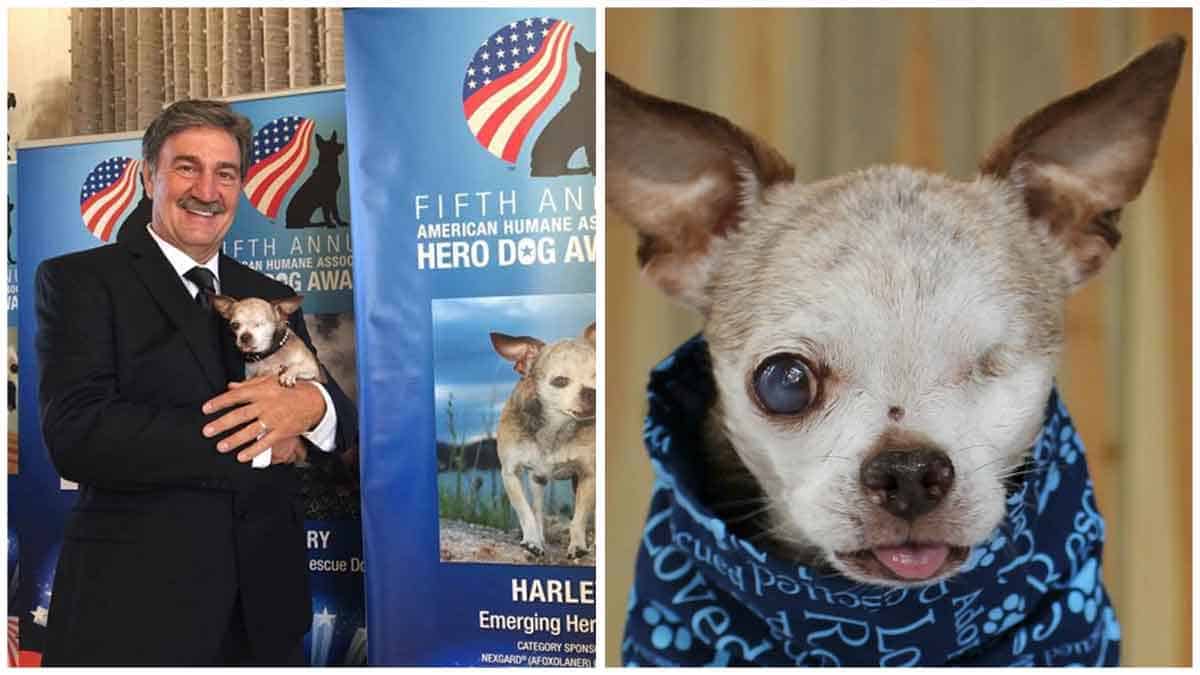 You wouldn’t guess by looking at him. But, little Harley has made a huge impact on the lives of hundreds of other dogs. The 6-pound Chihuahua was rescued after spending the first ten years of his life in a puppy mill. But how did he end up being an American hero dog?

When National Mill Dog Rescue volunteers took him away from his life behind bars, he was in rough shape. The pup most likely lost his eye when his cage was power washed with him inside. He had a broken tail, gnarled toes, infected teeth, and heart disease. All of this made it likely that he wouldn’t survive more than three months.

Rudi and Dan Taylor of Colorado adopted Harley in 2011, knowing full well that he didn’t have long to live. But the tiny pup shocked everyone when he not only survived, but thrived. The pup loved his new life so much that Rudi started a Facebook page for him. He became the mascot for the “Harley to the Rescue” campaign. With it, he helped National Mill Dog Rescue raise money to save more than 500 dogs.

This year, the American Humane Association named Harley the 2015 American Hero Dog, representing the “emerging hero dog” category which honors ordinary dogs who do extraordinary things. Harley was presented the award at a red carpet event in Beverly Hills, California along with $7,500 in winnings for charity.

The pup earned his award as we begin celebrating Adopt A Less Adoptable Pet Week, and shows just how amazing dogs like him can be. Please consider adopting a pup like Harley who needs an extra loving home, but also has so much love to give!