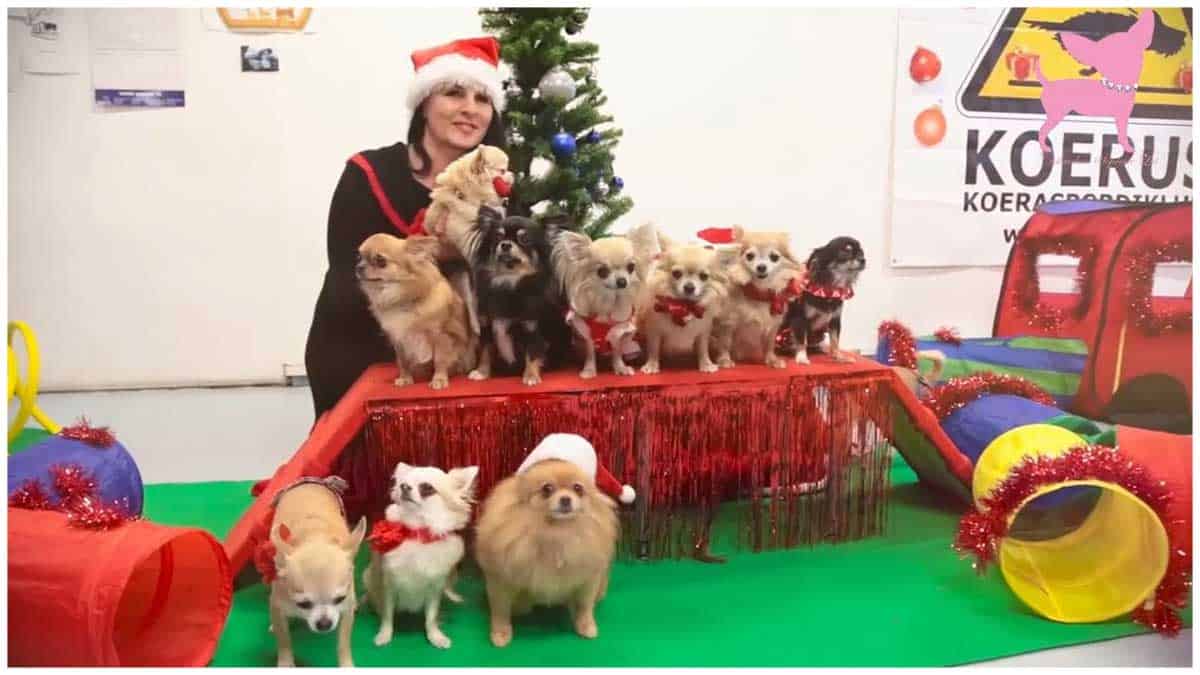 Chihuahua Sõprade Liit (The Union of the Friends of Chihuahuas) in Estonia organizes training sessions where small dogs can learn tricks and run through a custom-made miniature agility course. One of them was this cute chihuahua Christmas party.

These chihuahuas have learned tricks and practiced running through the agility course for three years now. Some of them were still puppies when they started. Tricks in this video aren’t everything these cute little dogs know, however.

There are over thirty different tricks and more obstacles on the agility course. In every practice, the difficulty level of the track differs.

It’s saddening that small lap dogs are often considered as stupid because this is far from the truth. Chihuahua is an intelligent dog breed and a fast learner and so are Yorkies and Pomeranians. Interestingly enough, more often than once, dogs with problem behavior are the quickest to learn new tricks.

These pups like to give back and so they’ve performed these tricks at various charity events – for children without parental care at SOS Children’s Village and at dog match shows and other dedicated events helping to raise money for homeless dogs.

As these dogs are well-trained and –behaved a lot of them also have considerable modeling and acting careers posing at designer dog clothing runway shows and advertisements as well as other ads and appearances in Estonian TV shows and even movies.