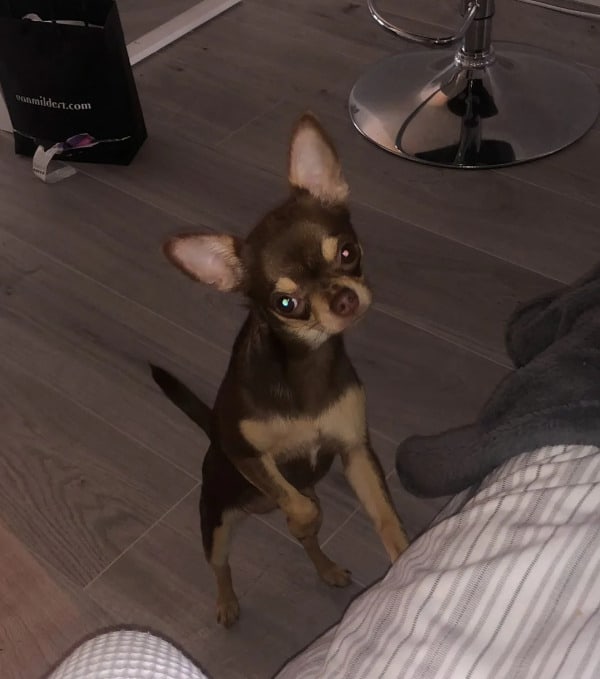 Chihuahua Puppy Was Stolen at Knifepoint

A DEVASTATED pet owner has made a desperate appeal after her puppy was stolen in a brazen attack last night. Amy Henderson, 25, says she was walking her nine-month-old Chihuahua in Broomhill, Glasgow, at around 11.20 pm when she was savagely attacked.

Then, they reported that the thugs attacked Amy and stole Coco.

Moreover, the thugs pounced on the pair on Dumbarton Road, near Thornwood Drive, and punched Amy in the face. And made off with nine-month-old pooch Coco.

The suspects were driving a dark blue sporty Ford ST.

“They attacked me and stole my dog. Could everyone please keep their eyes out for my baby & please share this post & help me find her. There will be a reward for any information. Please help me.”

She later added: “He had a knife, but I screamed, so he punched me in the mouth and dragged Coco away.”

Friends rallied around the lass and slammed the “horrific” attack.

Michelle Moore added: “OMG, Amy Henderson. I hope you’re ok, then, that’s terrible. I hope you get her back soon, babe.”

Afterward, the cops received a report of the incident and are investigating. They are describing the suspect as 25 to 26 years old, 5ft 4ins, and of slim build.

He was wearing black clothing, possibly with a hooded top, and appeared scruffy.

Detective Constable Joseph Keith of Greater Glasgow Police said: “Although the woman did not require any hospital treatment, this has been a traumatic incident for her. She has been left very upset and worried for the safety of her dog, Coco.

“We are keen to trace the dog and the person responsible for this. And I’d urge anyone in the area who may have seen anything or anyone with information about the dogs’ whereabouts to get in touch.

“Those with information can contact Police Scotland on 101, quoting incident number 4087 of 6 October, or call Crimestoppers anonymously on 0800 555 111.”

Two weeks ago, we told how a man was stabbed in a Glasgow park by thugs who tried to steal his dog.