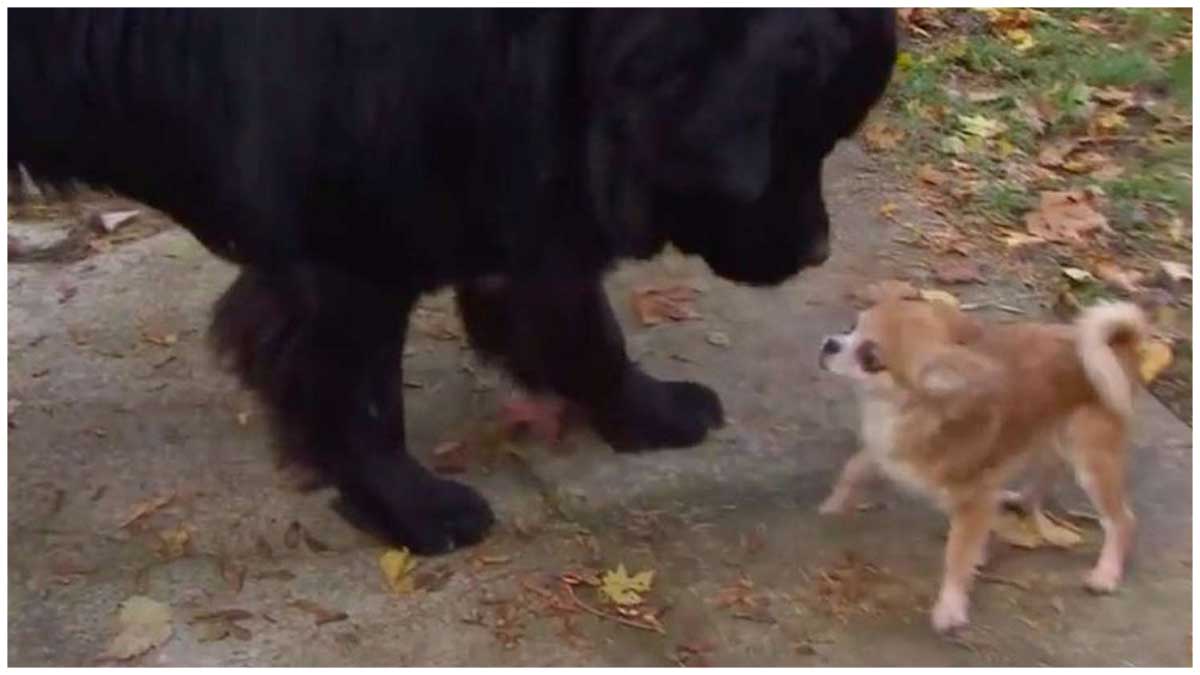 Heroes can come in any shape or size – something Carly the Chihuahua proved when she saved her big brother Silas, a Newfoundland, from a dog thief.

Sharon Dooling, of St. John’s, Canada, put Carly and Silas out in the yard on Saturday night – but only minutes later she heard Carly barking frantically, trying to alert her to something.

Carly must have known that the only way to get her mom outside to help was to bark as loudly and insistently as she could – as a teeny, tiny pup, she was using her brains, not her brawn, to save the day.

When Dooling popped her head out to find out what was going on, she saw a strange man dragging Silas down the driveway by his leash.

“I said, ‘Excuse me, what are you doing?’ he told me he’s taking his dog and I said, ‘No, you’re absolutely not,'” Dooling told CBCNews. And then she did what many dog owners would do in the same situation – she punched the dognapper in the face.

Caught off guard, he dropped Silas’ leash and ran off down the street. Dooling immediately reported the incident to the police.

Though she says Silas was “subdued” for the rest of the night and Carly was on “high alert,” both dogs are now safe at home thanks to Carly’s protective instincts toward her much, much bigger brother.

Disclaimer: The Dodo is, by no means, endorsing punching people in the face.