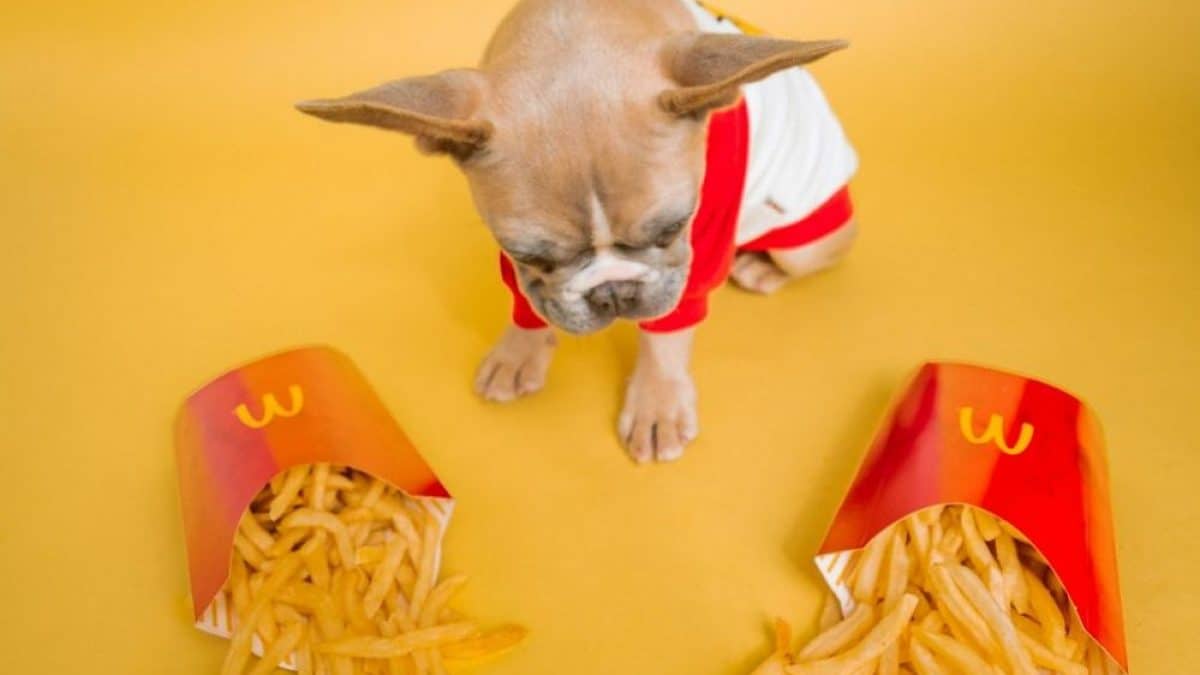 Meet this rescue Chihuahua, who was very upset about his McDonald’s fries “order.” TikTok user @rockyleekiller shared the clip that has reached over 4 million views and 663.8K likes. Mom starts to offer French fries to the little dog, but according to the caption, the order was late! Or maybe it was just the wrong order entirely. Either way, this Chihuahua’s inner Karen is coming out!

Have you experienced a Karen before? You know, the ones always complaining or wanting to speak to the manager when something is incorrect? And they always cause a scene, too. Well, there is a dog version of a Karen, and we might be a little more terrified!

TikTok users are cracking up at this dog’s reaction and claiming different scenarios where the order went wrong. “THIS IS NOT WHAT I ORDERED,” @loron joked. @allyson said, “HE SAID NO SALT😡,” which is an impossible ask at McDonald’s. Ha!

@Anna Contreras wrote, “I think you forgot the sauce.” (We would be mad too if there were no sauce!) “He said, ‘I ASKED FOR EXTRA CRISPY FRIES, I NEED TO SPEAK TO THE MANAGER’ 😂😂,” commented @Savaannahboydd. “He ordered cheese fries, not regular fries. Of course, he’s mad!!” said @algf1389. The creator responded by saying, “Soggy too.” Ew, no thanks for the soggy fries!

Whatever the scenario is, just make sure you get the order correct next time. Who knows what this Karen will do next because it sounds like it’s something the manager won’t be able to fix. And we wouldn’t want to be there to find out! @Sarah Qarizada said, “He don’t want fries he wants violence lol.” And the creator responded, “Every day.” Uhh yeah, you better make sure to get the next order perfect!