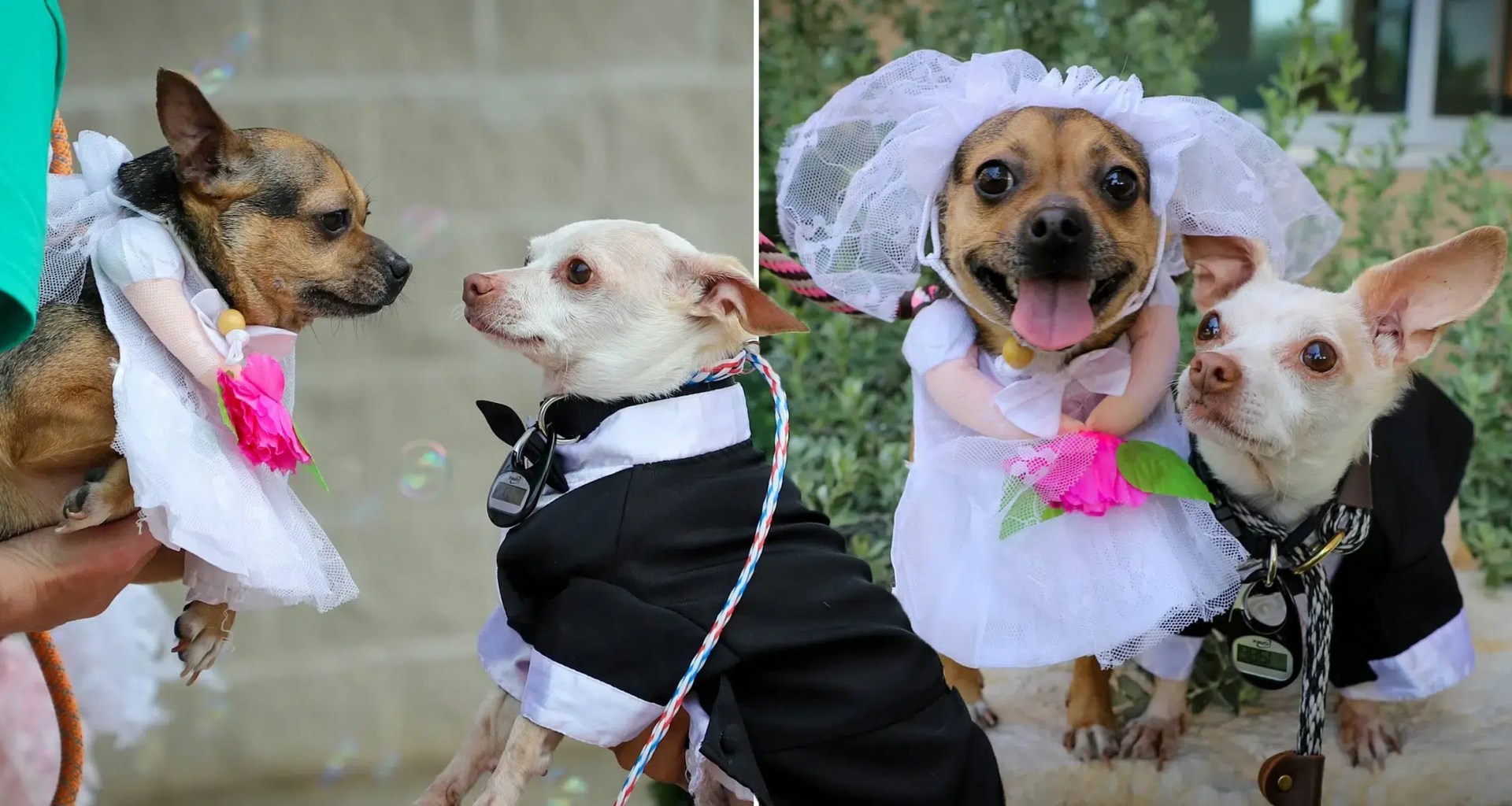 Chi’s has a wedding with 90 dog guests

Two chihuahuas, 8-year-old Chester and 1-year-old Izzy, got married in a garden theme ceremony and were surrounded by their loved ones, including their owners and more than 90 dogs. Read more about their wedding.

Willow added that they do several charity events, including “Santa Paws” at Christmas.

These two dogs have tied the leash!

The yappy couple met while going on strolls.

Two chihuahuas, 8-year-old Chester and 1-year-old Izz. They married in a garden-themed ceremony. And they were surrounded by their loved ones, including their owners and more than 90 dogs.

“Chester fell deeply in love with Izzy from the local walks we do,” his owner Mandy Willow told CheshireLive. “Chester goes mad, screaming for her, and meets her at the car.”

Izzy’s owner, Stephanie Rice, came up with the idea for an actual wedding to help raise money for the Cheshire Sighthound Rescue.

The couple went all out by exchanging rings, sausages, and vows.

The pooches promised to “always play together; to care for their puppies, be their one or one-hundred-and-one; to share their favorite toys; to protect their houses from the evil mailman and to only sniff each other’s butts from now until forever,” according to CheshireLive.

What was the officer’s name?

The officer name was Rebecca Knapper.

“I’ve never done a dog wedding before,” she told CheshireLive. “I want to do this all the time now.”

She said, “I spent a fortnight getting in as many dog puns as possible.”

They were held by their “parents” to assist them in cutting their eight-tier and dog-friendly cake before being placed in a stroller attached with tin cans as they rode off with their tongues flapping in the wind.