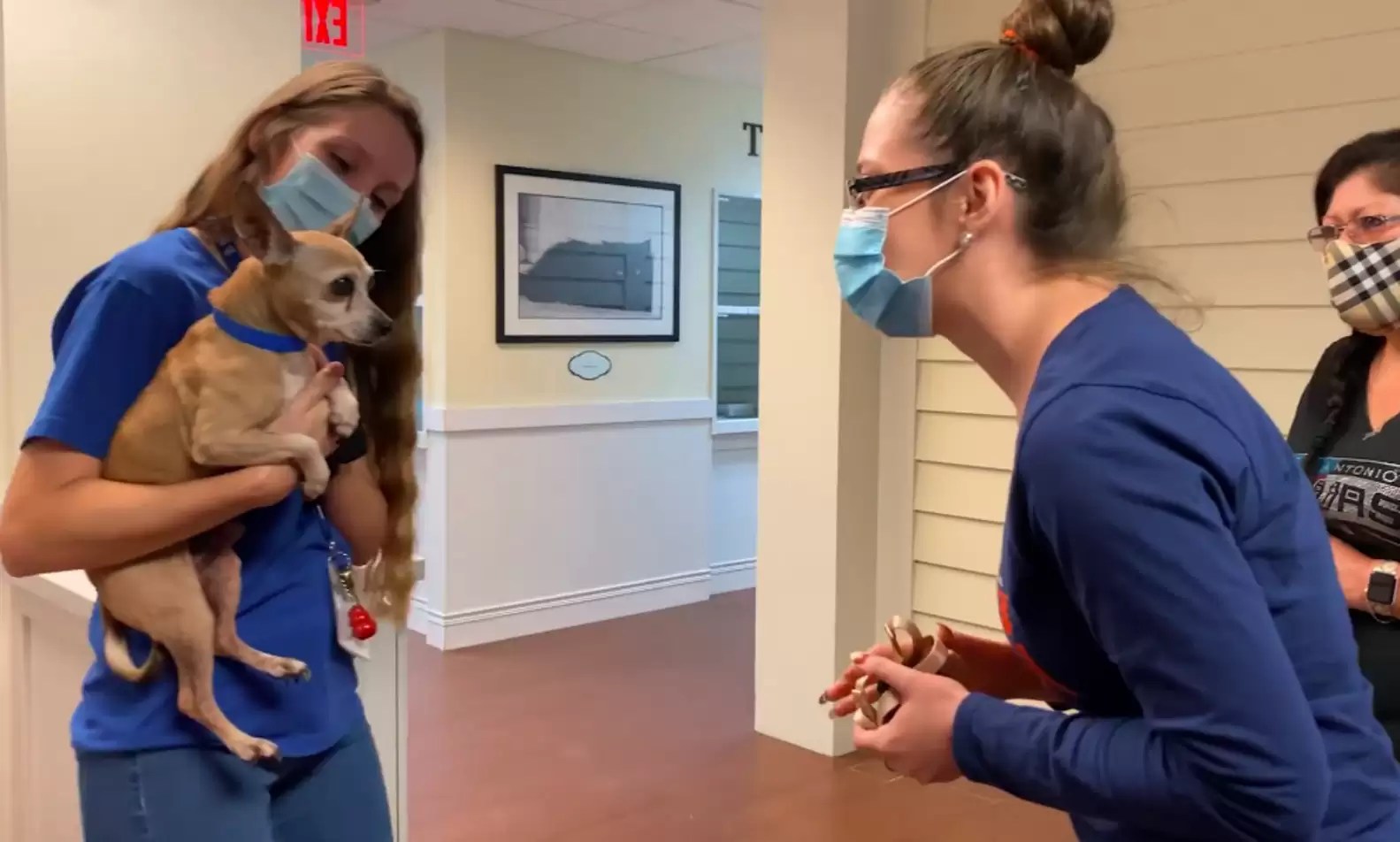 The lessons: Microchip your dogs, keep their registration updated, and always lock your gate. Read about a missing texas dog who reunited with family six years later.

It was six years ago when King the Chihuahua disappeared from his family’s backyard in San Antonio, Texas. The Humane Society says it called King’s owners right away. And they were shocked to hear their missing dog had been found more than 1,300 away.

Thanks to his microchip, the shelter was able to contact Debi Vazquez and her daughter, Danae, who immediately made the 22-hour drive to reunite with their lost pup.

On a rainy day in June 2014, Danae let their three dogs, including 8-year-old King, out into the backyard. When she called the dogs back into the house, the two big dogs came in but there was no King. Because their gate didn’t have a lock, they believe King was stolen.

They immediately went driving around the neighborhood looking for King but had no success. The next day they printed out flyers to put in neighborhood mailboxes and on veterinarian office boards. “We tried everything,” Debi says.

Weeks became months, and months became years. Debi and Danae slowly began to give up hope and think they would never be reunited with King. Despite this, they never got rid of all of his collars, outfits, and toys. “Maybe in our hearts, we knew we would get him back,” Danae says.

On Oct. 25, a Chihuahua was surrendered to the Broward County Humane Society in Fort Lauderdale. According to the shelter, the woman who surrendered King had gone to a guy’s house to buy a couch. When she got there, he mentioned he was sick and couldn’t care for his dog. She took the dog for 6 months, but then couldn’t take care of him either so surrendered him to the shelter.

The staff scanned for a microchip and found one. It was King! Debi’s efforts to microchip her dogs and always keep their information updated had paid off.

On her birthday, Debi received maybe the best present she could’ve hoped for—not that she believed it at first. “It sounded like a robot message and I was like, ‘Who is playing a prank on me?’ ” Debi says. “I ended up calling back, and it was real.”

The humane society allowed Debi and Danae to FaceTime with King, now 15 years old, which was a very emotional experience. “He wouldn’t look at us, but just seeing him and how old he has gotten was super sad,” Danae says.

The Vasquezes initially tried to figure out if King could be flown to them, but they didn’t want him to have to travel in the cargo area after all he had gone through. “We ended up leaving maybe 45 minutes after that call,” Danae says.

A family is celebrating after finally being reunited with their lost dog which went missing from their back year six years ago.

Debi and Danae’s drive to Florida took 22 hours. The shelter was nice enough to buy them a hotel room so they could rest and recharge once they were reunited with King.

When they arrived at the shelter, the Vasquezes were surprised by all of the news crews. Their first interactions with King were not what they expected because of the cameras and masks. “He was overwhelmed with everybody … just as me and my mom were,” Danae says. However, once they left the shelter and got their other dog out of the car, King knew he was back with his family.

Their drive back to Texas took 29.5 hours because Hurricane Zeta hit earlier than they thought it would. When they finally made it home safely, “you could tell he knew where he was,” Danae says.

King went missing from their backyard in San Antonio, Texas. They said it was a rainy day, and King didn’t have his collar on.

King is back living with Debi, whose backyard gate is now always locked. “I’m trying to spoil him again,” she says. She is nursing him back to health and planning to give him a life worthy of a king!