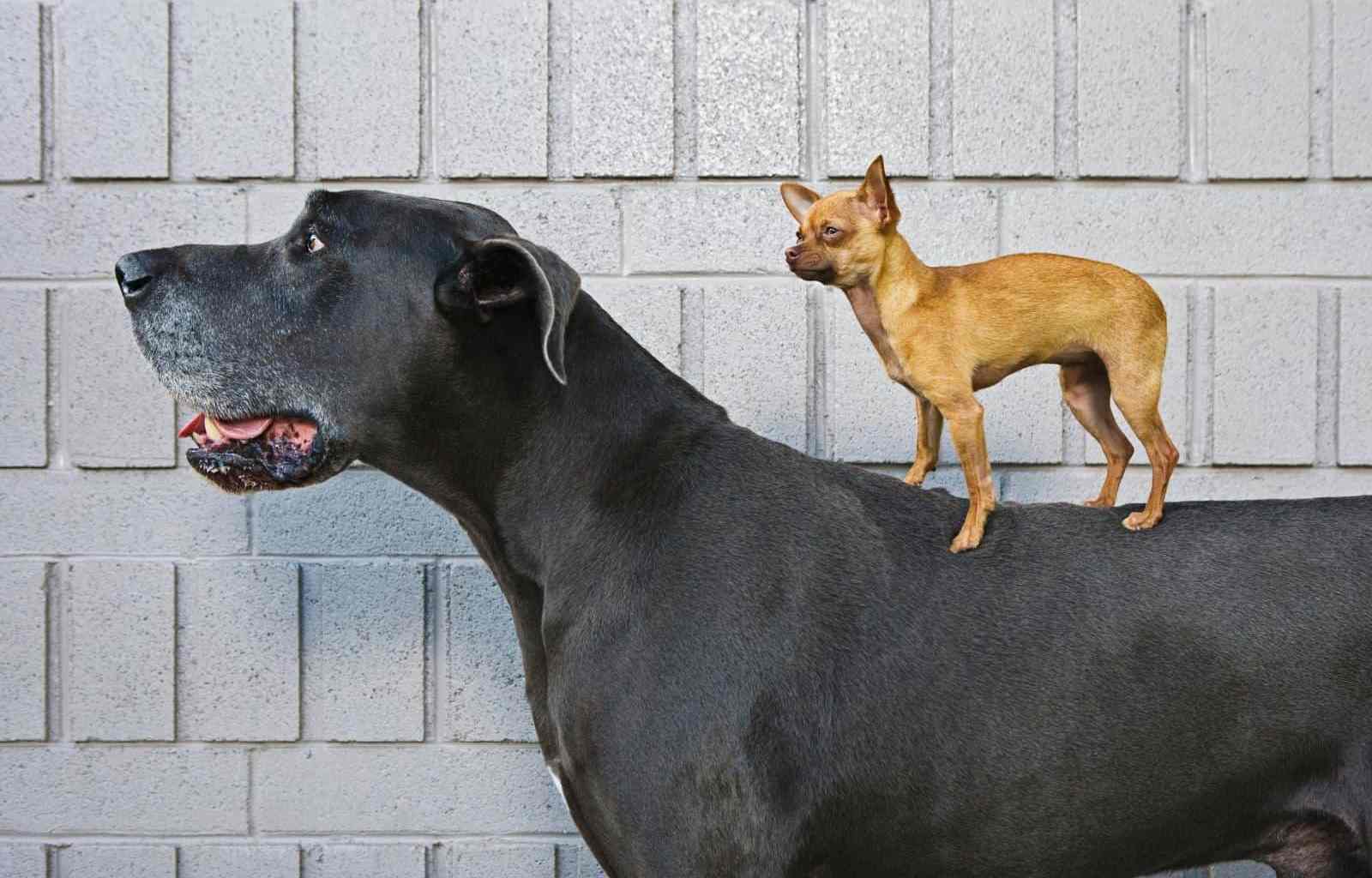 Dani has the most unexpected reaction to meeting the Chihuahua.

Duke, the Great Dane, may not understand how big he is. His family introduced him to a Chihuahua last year and caught the whole thing on video, and the reaction is a pretty wild window into dogs’ psyches.

At first, Duke just stared … like he didn’t understand just what he was looking at.

But then Duke started to get scared of his tiny new friend. So he retreated into the safety of his human’s lap.

“This is Duke, our 105 lb Dane, backed up scared by my mother’s 3.5 lb chihuahua when they first met,” Matthew Sorrells, who uploaded the video, wrote on YouTube.

Duke may be a big dog, but he’s a softy inside. And this little Chihuahua pal isn’t messing around. She’s the boss … and everyone knows it.

Duke has a history of being easily frightened by much tinier animals. “I’m just glad Duke wasn’t as scared as he was when he first met a baby chicken since he pooped on himself at that time,” Sorrells wrote on YouTube.

What is that? It sounds like a dog but is smaller than my head! Holy Jesus, it is coming my way- through the other.

Duke is adorable. I didn’t realize that Great Danes were frightened of almost everything, especially a tiny BIG MOUTH chihuahua. LoL, The chihuahua doesn’t recognize that both dogs can chew him up & spit him out. LoL, I bet that family won’t turn their backs OR leave him alone with the other “2”. I hope not, but “There will be PAYBACK!” LoL