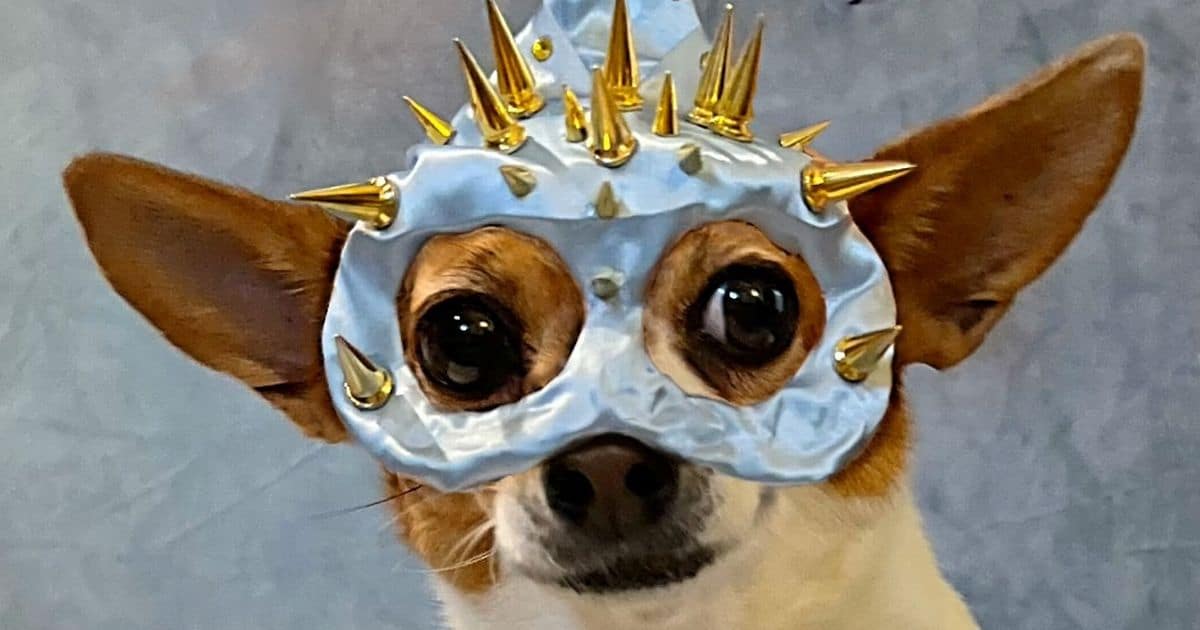 RuPaul, an eight-year-old Chihuahua mix, dresses up as RuPaul Drag Race queens, including Liverpool’s own The Vivienne.

What did the 44-year-old designer say?

An unlikely drag queen is taking over social media with nearly 40,000 Instagram followers and over 10,000 Twitter followers.

The rescue pup’s owners choose one costume per week to replicate from the latest series of the franchise, All-Stars Seven, with RuPaul being transformed into “The ViviChienne” most recently.

The pup’s owner, J.R. Lizarraga, welcomed RuPawl into their lives when they were three months old. Wanting to provide emotional support for them and their husband, Arturo, RuPaul quickly settled in, and it wasn’t long before they created an unbreakable bond.

The 44-year-old designer told the ECHO: “Our puppy loves people and children. We are a harmonious and highly loving family of three; me, my husband Arturo, and our puppy.

Though I think RuPaul is becoming increasingly aware of their diva status.

Speaking about the surreal moment, J.R.

J.R.: “We are such big fans of The Vivienne.

She has grace and beauty, and we can’t wait to meet her in person. We support all the beautiful queens, but we have a special love for The Vivienne. She is talented and beautiful and brings a special kind of joy to the show.”

J.R they try to stick to the same materials used by the drag queens on the show to create the outfit.

However, they always ensure the fabric used is suitable and comfortable for dogs. This time, they opted for a satin fabric with real steel studs and spikes.

They said: “We started to dress up our pup during the ninth season of RuPaul’s Drag Race as an experiment.

Many people don’t know that we started doing this after some interactions in public where people would constantly ask us the gender of our dog.

These same people would get angry when we would say, ‘they haven’t chosen their gender yet.’ This revealed that there is still a lot of compulsion to put people and even animals in gender boxes.

We decided to use RuPaul as a platform to elevate the art of drag as a way to fight against the binary. Since then, our puppy has become a public activist figure across different platforms.”

RuPaul, it only takes 5 minutes to make a perfect photo shoot.

They believe once RuPaul “sees the backdrop goes up and the lights come on, they’re ready for some fashion fun” and know they will be compensated with plenty of treats.

When RuPaul isn’t posing for Instagram, they love going on long walks and getting to see the wild near their home.
And when they can’t be found doing this, they are likely either napping or sunbathing, according to J.R.

J.R. J.R.s to create one costume per week based on the looks from each episode of RuPaul’s Drag Race, All-Stars 7 for RuPaul.
They said they have a few more in mind for The Vivienne, who they believe could take home the coveted crown. They added: “She’s got the resplendence, uniqueness, nerve, and talent to win.”