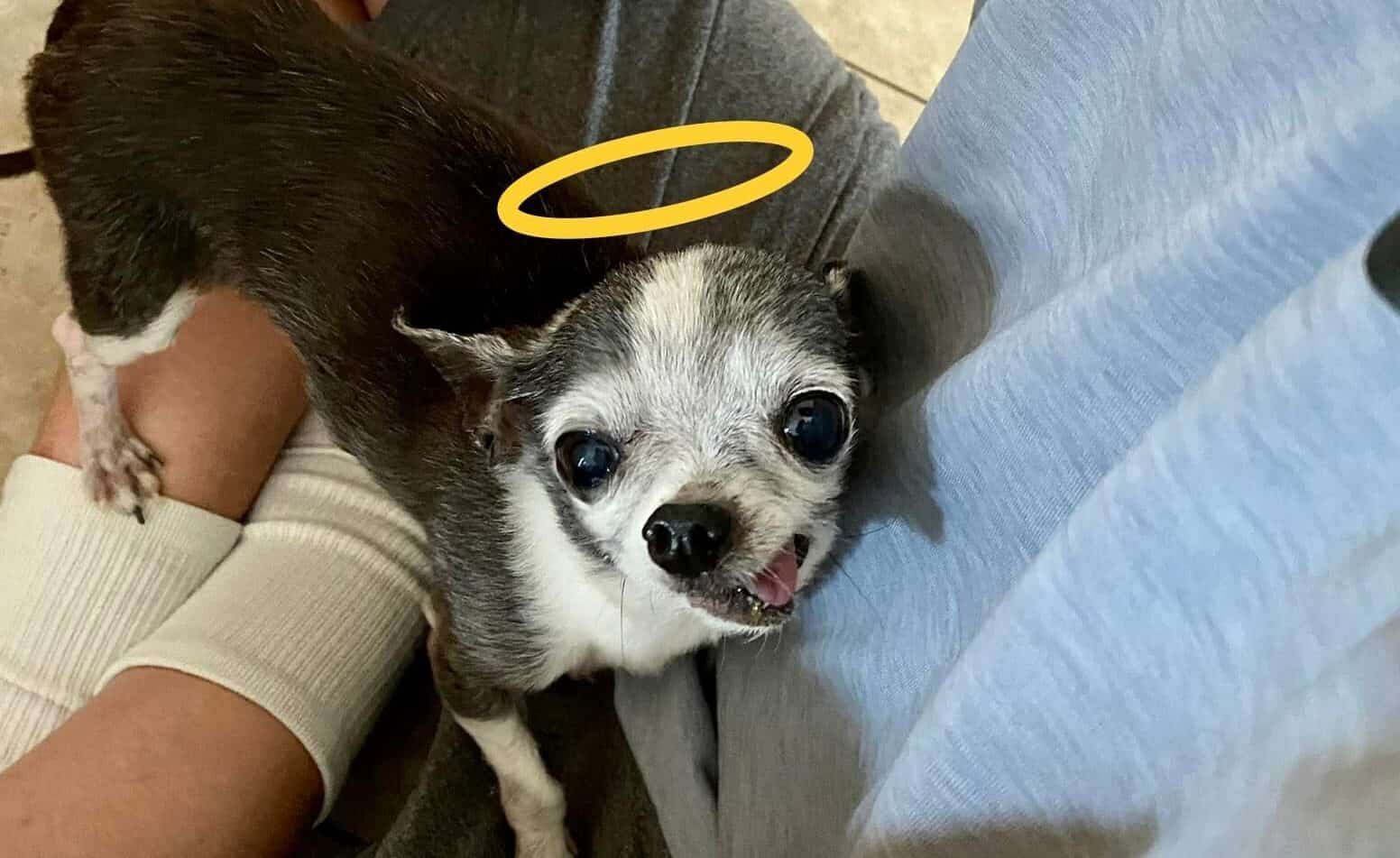 Donatello is the inspirational feel-good rescue story you need to tuck into your heart for safekeeping.

When you adopt a senior dog, you inherit a whole other magical life. Donatello was 15 years old when he entered the shelter system. No one knew his past, but his future seemed almost inevitable: considered to be in such poor shape, he immediately put him on the euthanasia list.

When Alice Chow Geske spotted this seemingly shy Chihuahua, she and her fiancé knew exactly what to do. “I said, ‘we need to rescue this little guy,'” she tells Daily Paws. “Even if we can only give him a few months on this earth, it’s worth it.”

We often say animals seem to know how we’re feeling and respond in kind, which is undoubtedly true for Donatello. He basked in all the unlimited love he was given, and his health improved immediately! Bit by bit, his unique sparkling personality emerged, along with a hidden ability.

“We discovered Donatello’s singing talent by accident,” Chow Geske says. “My fiancé was whistling, and Donatello was looking at him right in his eyes, and that’s when he started howling!” All they have to do now is say, “Ready?” and Donatello’s ears perk up. With a one-note cue, he’ll croon his memorable tune!

Chow Geske is a 2nd-grade teacher and president of the Dream Team Angels Rescue in Grand Terrace, Calif. The organization raises money for the rescue, rehabilitation, and placement of homeless animals, many of which are senior pets still longing for a forever home. Donatello, now an exemplary elder statesman of 18, is its official ambassador, increasing awareness for this critical mission with his unique story!

“I encourage anybody to open their heart and their home to rescuing a senior dog or cat because they give you this love that’s indescribable,” Chow Geske says. Before Donatello came into her life, she had never met a dog that had given her so much love. “He reminds us that today is precious because we’re not guaranteed tomorrow.” 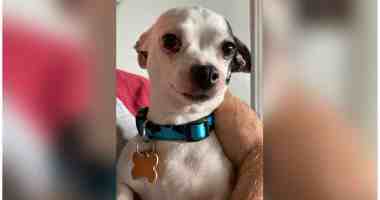