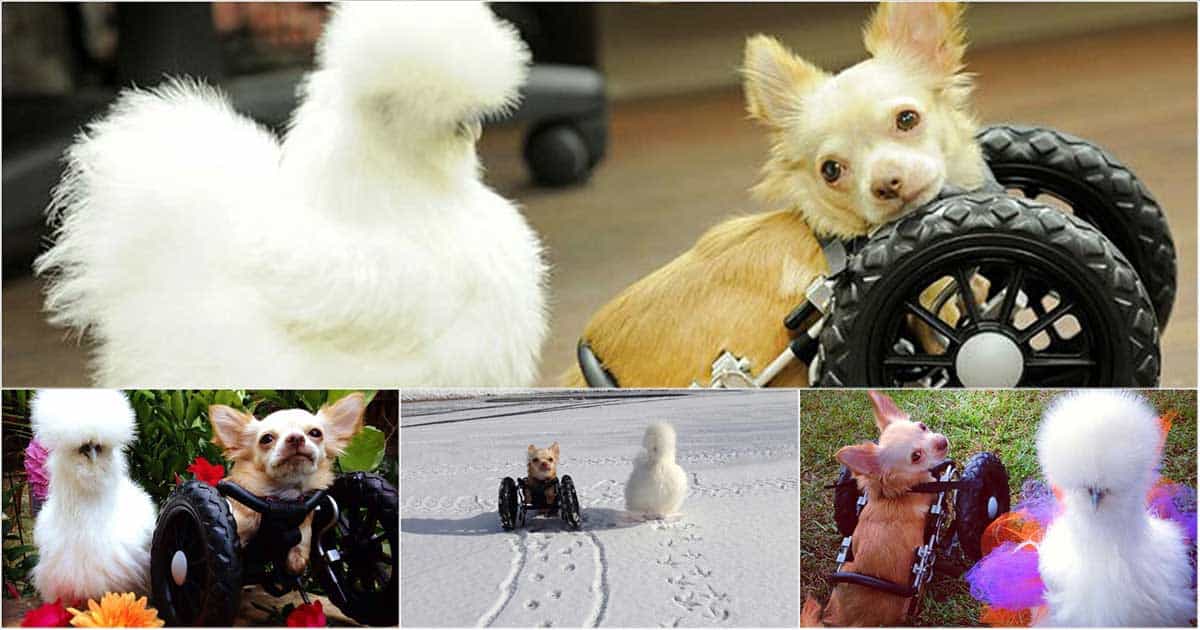 As friendships go, this one might be the most unusual one around. Roo, the two-legged Chihuahua and Penny, a beautiful silkie chicken are a pair of inseparable best friends. They were both rescued from unfortunate circumstances by Alicia Williams, a worker at Duluth Animal Hospital in the U.S.

Roo was abandoned because he was born without his front legs. Whoever owned him might have considered him a burden since no one would buy a two-legged dog. So they threw him in a ditch by the roadside from where he was rescued. He now has a special wheelchair and can walk around easily.

Penny the chicken was an experimental animal in a testing facility. When the laboratory was done with him, it was time to dispose of him. Luckily for Penny, Alicia came to his rescue and asked the laboratory to let her adopt the chicken.

Soon, the two adorable animals started spending time with each other and are now very close. Despite their past, they are well taken care of and live happily in their new home. Their story has inspired many people who come to visit them.

They have even gained a social media presence after the animal hospital decided to share their story on their Facebook page. Penny and Roo are living proof that you do not have to be perfect to offer friendship and love to one another.