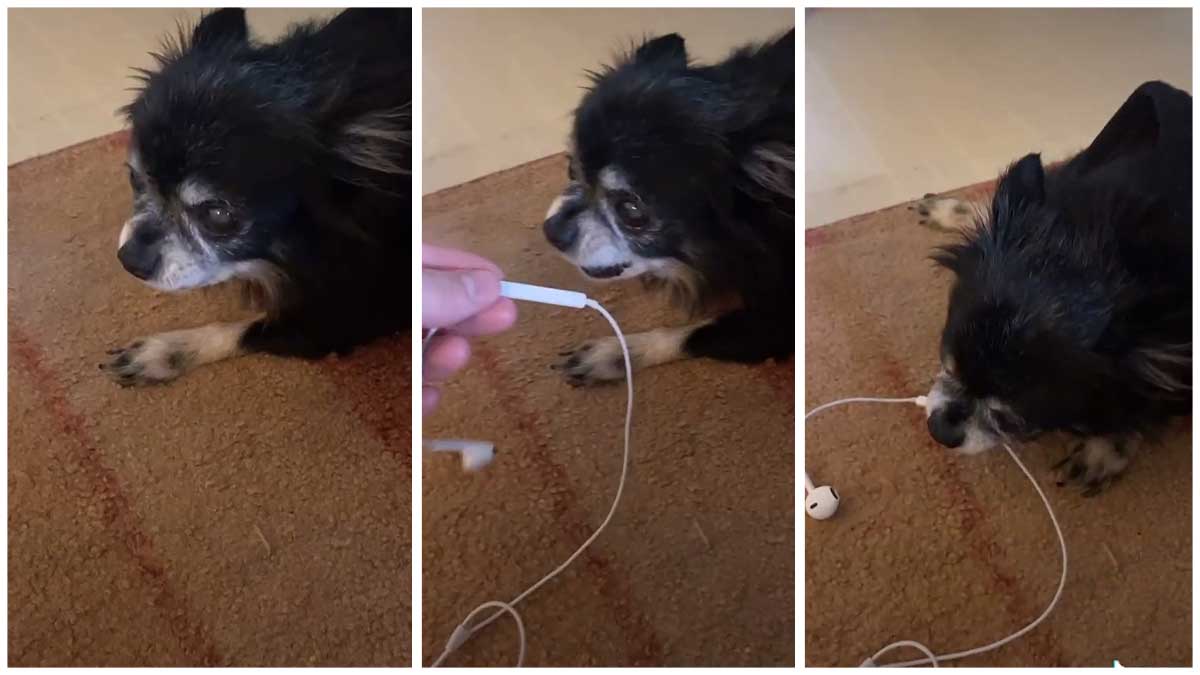 There’s no shortage of funny dog videos on TikTok. Still, one special chihuahua has gone viral on the platform — with 4.8 million followers, to be exact. This was for the unique yet bizarre noises he makes.

The 11-year-old dog Pudgywoke, whose owner calls him Pudgy for short, has even developed somewhat of a catchphrase, “owa owa,” which he’s often heard barking in videos on TikTok.

What begins in all of these TikToks is an innocent-looking pup staring at the camera. Then, all of the sudden he does his trademark bizarre noises that we all love.

While some find Pudgy’s barks a little frightening, many have fallen in love with the endearing little pup. His fans are flooding the comments of his videos asking for another “owa owa” from Pudgy. “

Pudgy is a very sweet and loving dog even though his image may seem hectic to individuals who are just discovering his most popular TikToks,” his owner Malachy James told In the Know.

Check out some of Pudgy’s videos on TikTok ahead and hear his hilariously strange sounds for yourself. Careful though, you might fall in love with the sweet dog and develop a tiny obsession.