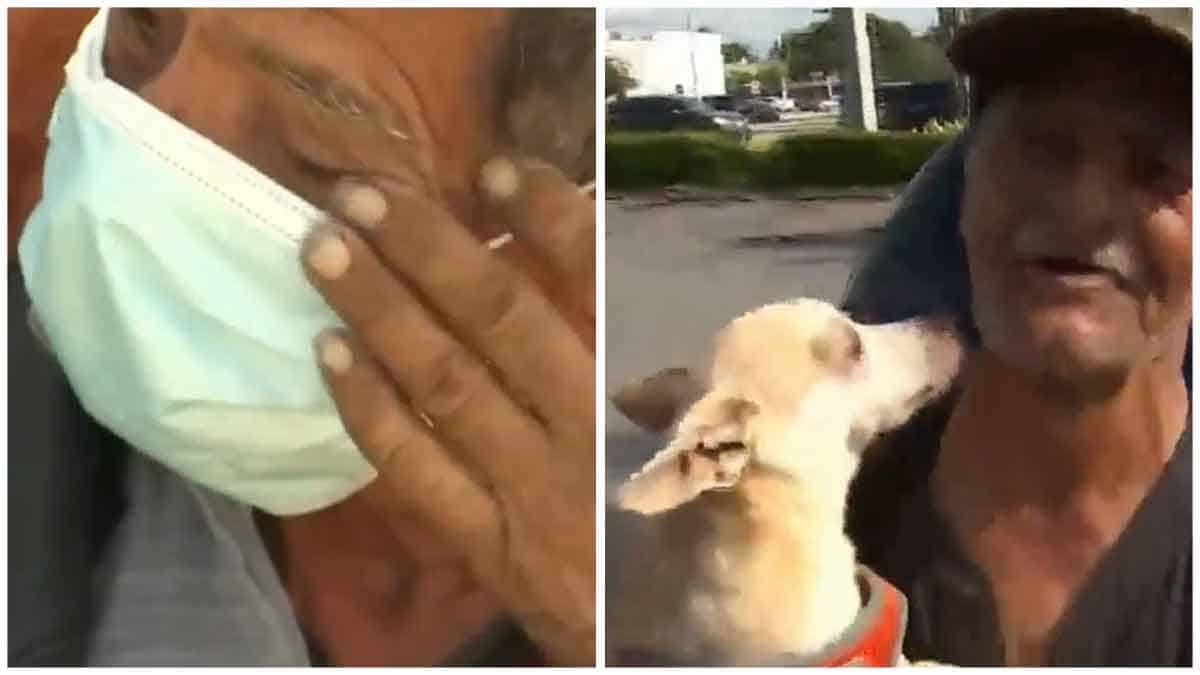 The Chihuahua mix was initially stolen from its leash at around 8 a.m. Wednesday near Northwest 67th Avenue near the Palmetto.

A homeless man from Miami Lakes was reunited with his stolen dog Saturday evening, days after several community members rallied together to help the man recover his pet.

Five-year-old Sky Dim was dropped off by an unknown person late Saturday night, according to the dog’s owner, Pedro. He said he feels whole once again.

“It’s like when someone loses their child,” Pedro said. “My life was bad and this has not been the first time they have tried taking him from me.”

Pedro said the person who returned his dog ran away immediately after setting Dim down next to him.

The Chihuahua mix was originally stolen from its leash at around 8 a.m. Wednesday near Northwest 67th Avenue near the Palmetto. The news eventually reached members of the community, which spawned a social media blitz.

“I’m super happy. He’s been devastated without the dog, and he takes really good care of it – better than himself,” resident Lourdes Leyva-Hernández said.

Although Pedro lives on Northwest 67th Avenue without a home, he’s been very on top of caring for his pet, making sure he gets all his vaccinations.

Members of the community say they are focused on helping both find a safe home.