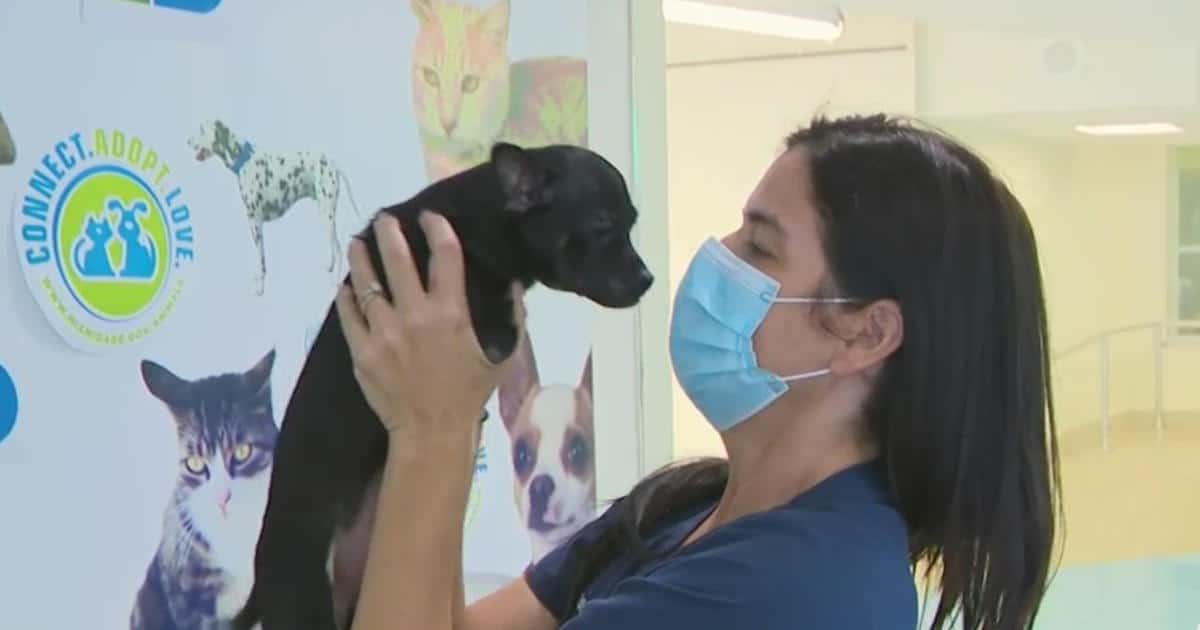 Watch the playful and happy chihuahua chewing on a squeaky toy. Even though he is missing his front legs, he is not missing his smile. Roo is gleefully unaware of how lucky he is after being adopted.

In April, a young Chihuahua born without front legs found in a park. Brought to Miami-Dade Animal Services and fitted for a special cart.

His story was shared in the news to seek donations to help with the expense of the cart and therapy. Which is in the thousands.

Doctor Maria Serrano, who heads the Animal Services, took him in and cared for him at her home. Then, Gilda Santana, an experienced fosterer with a track record with special needs dogs, was called in.

“There was always a dog somewhere that needed attention. It’s gratifying,” said Santana.

And as luck would have it, with Roo, it was love at first sight.

“He immediately settled in, and I said, ‘Uh oh, so much for fostering’ I’m going to be a real ‘foster failure,’ ” she said.

That is the industry term for when a foster home becomes a permanent one.

Yes, Roo is officially part of the family.

“I need another dog like a hole in my head, but I said ‘sure’! He lives with two other dogs, an American bulldog and a small Pomeranian/ Yorkie terrier mix, and they get along famously. They bully the bully,” said Santana jokingly.

Roo needs new carts made as he grows into his full size, and Santana hopes to train him to be a therapy assist dog.