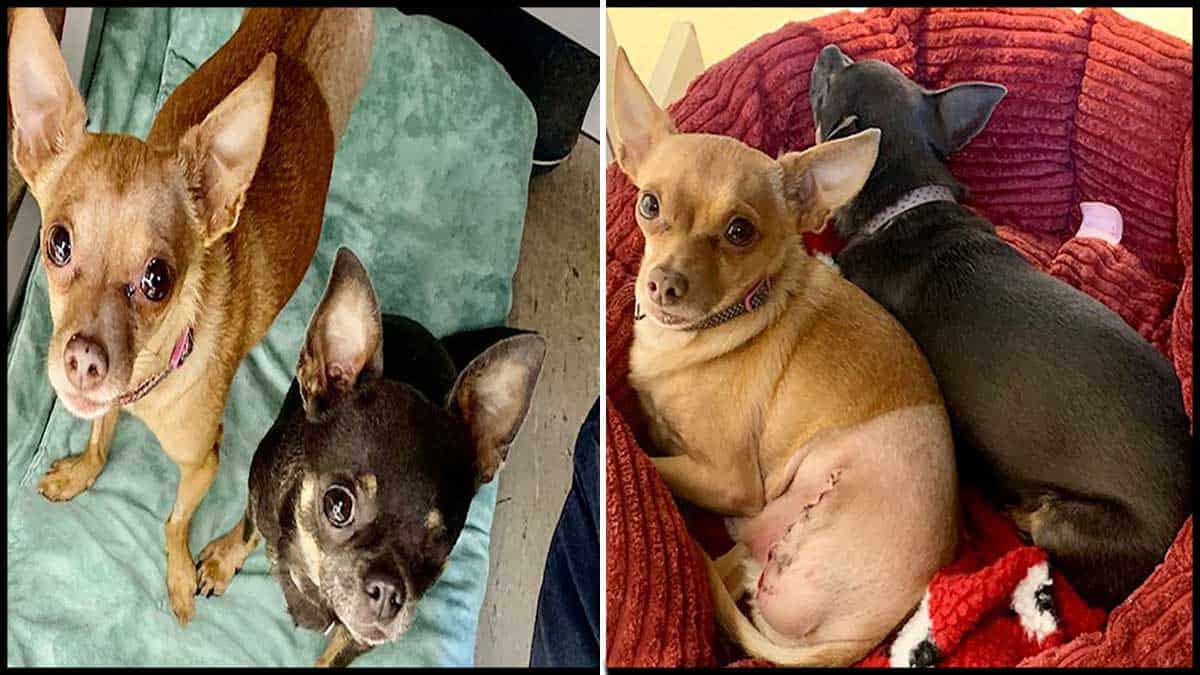 Minnie and Oleg have both been through tough times but are now enjoying life together in their new home. The one-eyed Chihuahua, indeed has a story to tell.

A dog found wandering the streets of Leicester with a severely damaged eye has now found her forever home.

The chihuahua, Minnie, was found in May on Hinckley Road, by the junction of Golf Course Lane, in Braunstone Frith.

Her eye was heavily swollen, and eventually, she was found by a public member who called the RSPCA.

The animal charity described her injury as “horrific” and set to work to remove the injured eye. Thankfully, Minnie survived the operation and made a quick recovery.

Not only did she survive, but she also met her new best friend, Oleg.

Oleg is a Russian Toy Terrier and had suffered a broken leg that had been untreated for a month. He was signed over to the RSPCA after his owners could no longer care for him.

Because he had been untreated for so long, his leg had to be amputated. But he too made a speedy recovery.

The two became best friends whilst in the centre together and were inseparable, said Laura Prince, who is an animal care supervisor at the RSPCA Block Fen Animal Centre.

“It was just a coincidence really that they both happened to be at the centre at the same time,” she said.

“Minnie came into us first and a few days later Oleg arrived. As they both required surgery they were housed in the vet suite and it was there they showed positive interest in each other.

“When they were both well enough we let them socialize together. They spent the day together in my office and went on walks together and at night they went back into their separate kennels.

“This worked well for them whilst in our care as it gave them some variety to their day and company for each other.

“As they both recovered from their operations and began to feel well in themselves they started to become more cheeky and getting up to mischief in the office, we knew at this point they needed to find a forever home where they could settle and get used to having a loving family to care for them.

“It just seemed perfect that we should find a home for them together now that they had bonded so well.”

The two have now found a forever home together after their new owners said they were happy to take two dogs together..

The new owners said in a statement: “It was love at first sight”.

If you would like to donate to the RSPCA and help animals just like Oleg and Minnie, then you can do so here.