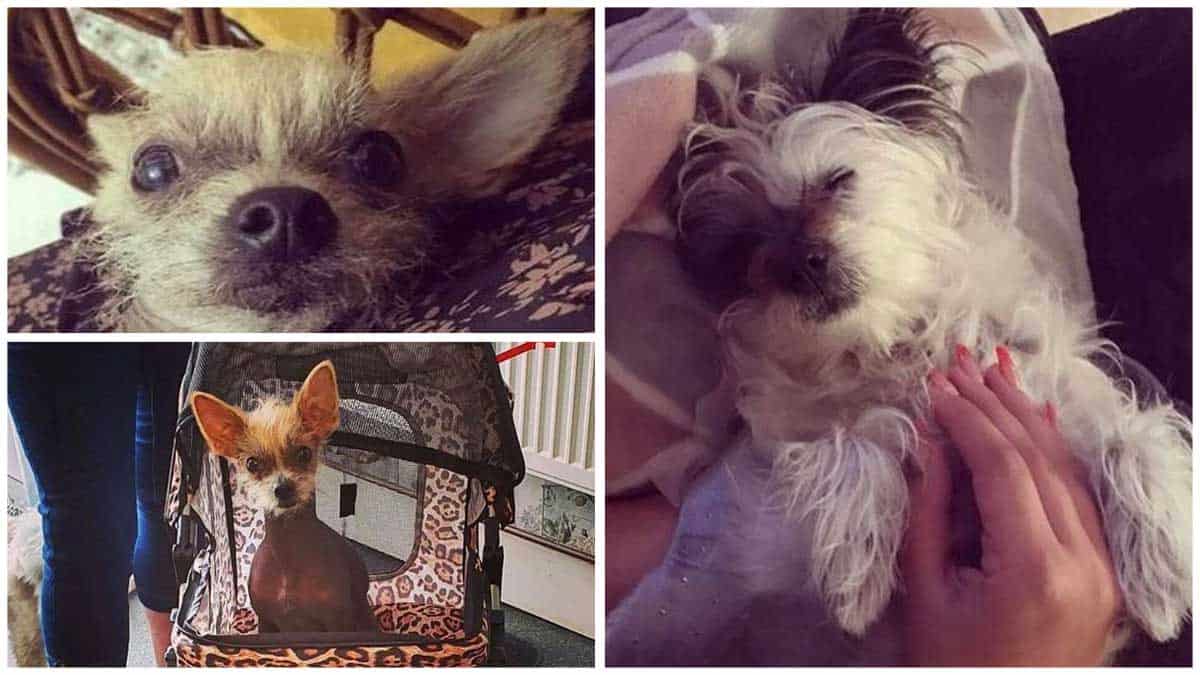 Milo, the Chinese Crested dog, suffered pierced lungs and has been left in critical condition. That came from an attack by a pack of bull terriers in Hull as their owners laughed. A pack of dogs “ripped open” a tiny dog’s jaw in a savage attack while their owners watched and laughed.

Chinese Crested dog Milo has been left in critical condition following the shocking incident, which also pierced his lungs.

Tina Agius, 61, was out walking her four dogs in Greatfield, Hull, on Wednesday morning when she crossed paths with three men and six dogs.

As she approached the group, she asked if all their dogs, bull terrier crossed lurchers, were on leads to which they “laughed and said yeah.”

However, one broke free and launched a “savage” attack on Milo and Coco the Chihuahua, HullLive reports.

Alliah Akam, 24, Milo’s owner and Tina’s daughter, said: “My mum tried to pick up the two tiny dogs. But, she was knocked over by the dog, which ran off with Milo, shaking it and savaging it.

“It ripped Milo’s jaw open and pierced its lungs and chest. It only stopped when it thought he was dead.

“My mum was on the floor. She fell when the dog jumped at her and broke her little finger and has cut to her face.”

After attacking Milo, the dog turned its attention towards Coco, who “luckily” only suffered bruises but was left shaken after being picked up by the attacking dog.

Alliah says the three males just stood and watched the horror unfold as her mum began screaming for help.

“They just walked away,” said Alliah, “having witnessed my mum in floods of tears and screaming, then told her to shut up.”

A nearby resident heard Tina’s screams and rushed out with a towel to wrap up Milo and Coco, who were taken to Kingston Vets to be checked over. Alliah says Milo is currently in critical condition and is unsure whether he will pull through.

She said: “I am concerned for my dog, worrying if he will pull through or not. My mum is in a state of distress. She wants to know if he is going to make it.”

Alliah says that she felt sorry for the six dogs and that the fault for the attack is on their owners and claims there have been “hundreds” of similar attacks on rabbits and cats.

She has also called the police to inform them of the attack. “I feel sorry for their dogs,” she said. “It’s not the dog or its breed itself. It is how they have been brought up.

Then, she continued by saying: “I think the police need to do something. It’s not just our case. We are aware of hundreds of cases where those dogs have killed cats. It has been going on for a couple of months now.”

“A lot of comments on my phone requested me to arrange a GoFundMe page,” said Alliah.

“Obviously, at the moment, my mum is not in the financial situation to fund that money, and we have been asked for most of the money upfront.

“It is difficult to get that money.”