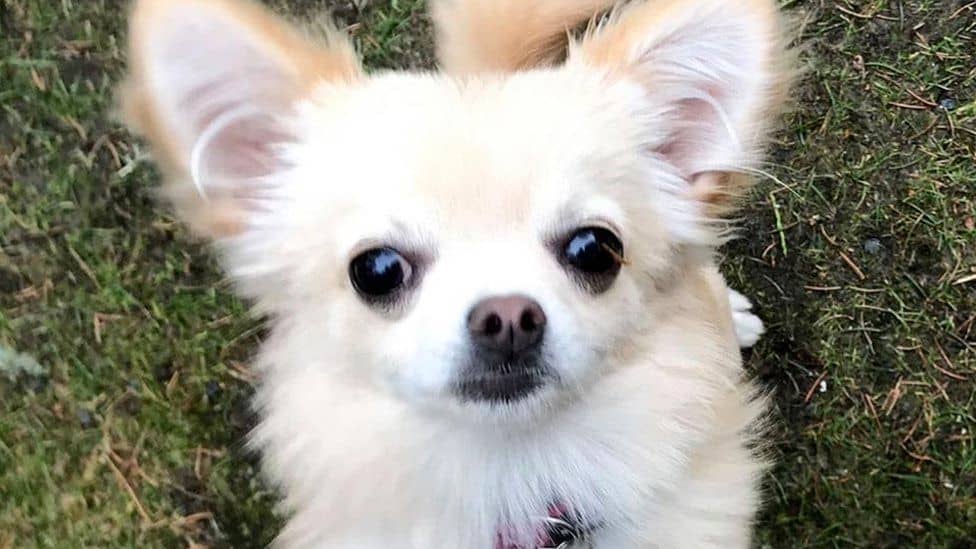 Chihuahua Grabbed by Bird of Prey in Aberdeen

A pet Chihuahua had a “very lucky” escape when a bird of prey tried to snatch it, according to its owners.

Sheila Gillanders, 72, said 18-month-old Emma was only saved thanks to the quick actions of her husband Robert.

The buzzard-like bird tried to take the pet from their garden in Aberdeen’s Stoneywood on Friday.

But Mr Gillanders, 65, managed to get to the predator and release the dog from its talons. Emma is now recovering at home after being treated by a vet.

Mrs Gillanders said: “We heard a bell and it was a bird of prey coming down – it must have escaped from its handler.”

She explained: “It pinned her against the fence. It only got so far up, but my husband was able to get the bird off her.

“The bird then just looked at us. It was a really big bird, like a buzzard. We saw it was definitely trained, as it was wearing a bell.”

Emma was taken to the vet, and is receiving medication.

Mrs Gillanders hopes the appeal will lead to the bird’s handler to come forward.

Her owner added: “She is a bit bruised but otherwise she was not physically injured.

“Her stress is sky-high and we are struggling to get her back out in the garden.

“It was very lucky. If it had not been for my husband getting to her so quickly I dread to think what could have happened.”