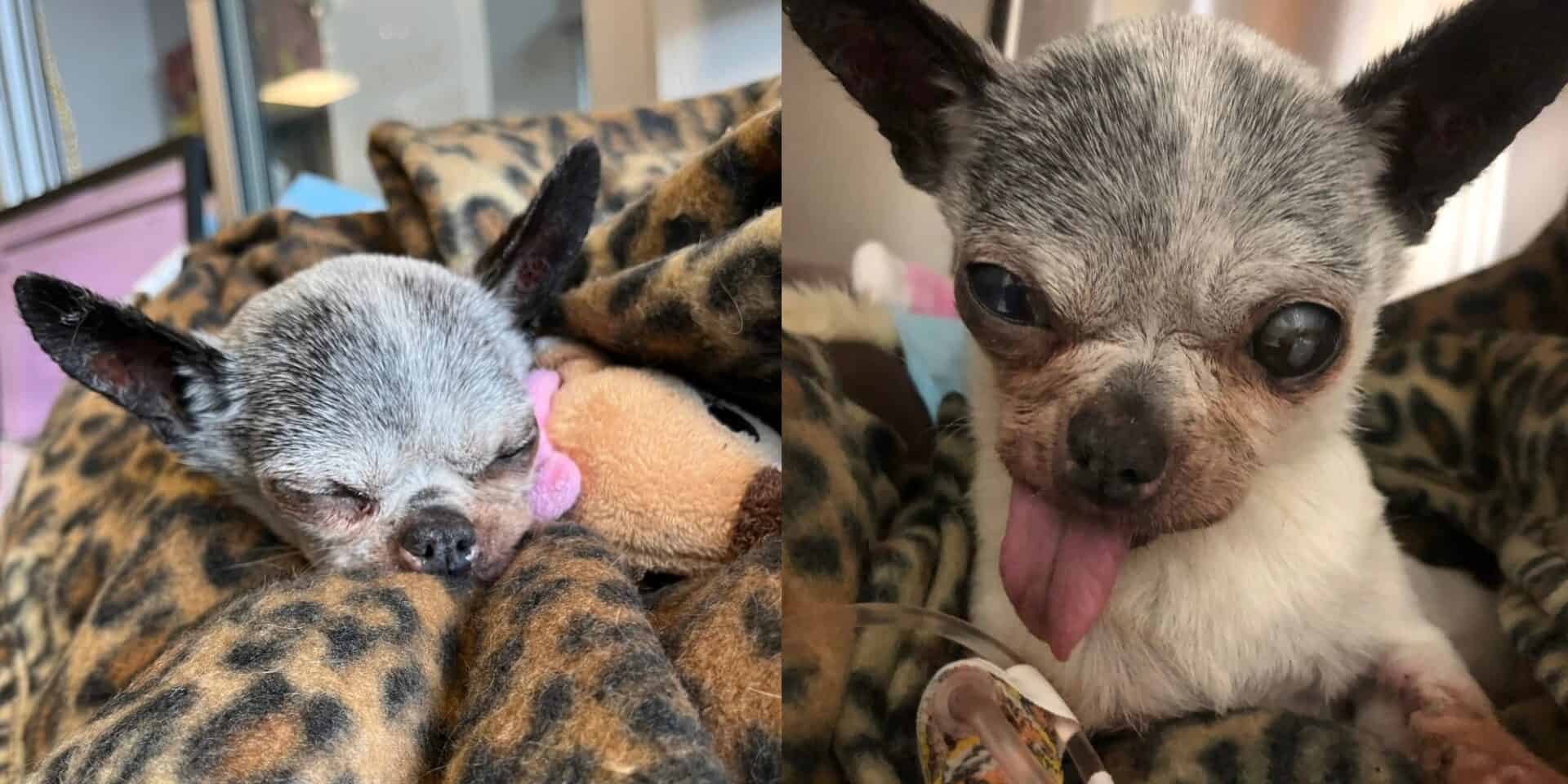 A Vancouver family is celebrating a “Christmas miracle” as they are reunited with their beloved senior Chihuahua, who has been missing for years.

According to the BC SPCA, the pup was found shivering in a box outside a Richmond Trail Appliances store last Wednesday.

“She was emaciated, dehydrated, she appeared to be partially deaf and blind, she had no teeth, she had suspected frostbite on the ears, and she was anemic.”

What did the staff do?

Staff got the dog immediate medical attention and posted her photo on Facebook, hoping to find her owner.

One of the SPCA’s Facebook followers thought she recognized the dog. I recalled a woman looking for a similar lost Chihuahua several years ago and putting two and two together.

Shortly afterward, Delilah’s owner contacted the SPCA by email to say it might be hers. The SPCA quickly got to work to verify that the person was indeed Delilah’s owner.

“We were in shock. We asked her to provide us with more information, and we were praying that this was her dog,” Michel said.

“We have no idea how little Delilah ended up in that box, alone and cold. But we were so thrilled that we could reunite her with her family. Our whole team was there for the reunion, and there were a lot of tears.”

Michel said that even though Delilah is seeing and hearing impaired. So, she still crawled out of bed when she realized her family had arrived.

The lost dog’s family was equally joy-struck, she added.

“She is so sweet, and we are thrilled that Delilah will be spending Christmas at home. She will be safe and warm, and she will get to live out her last years with the family she knows and loves.”

The BC SPCA said that donations covered Delilah’s medical bills to the organization. You can learn more about donating to the BC SPCA here.