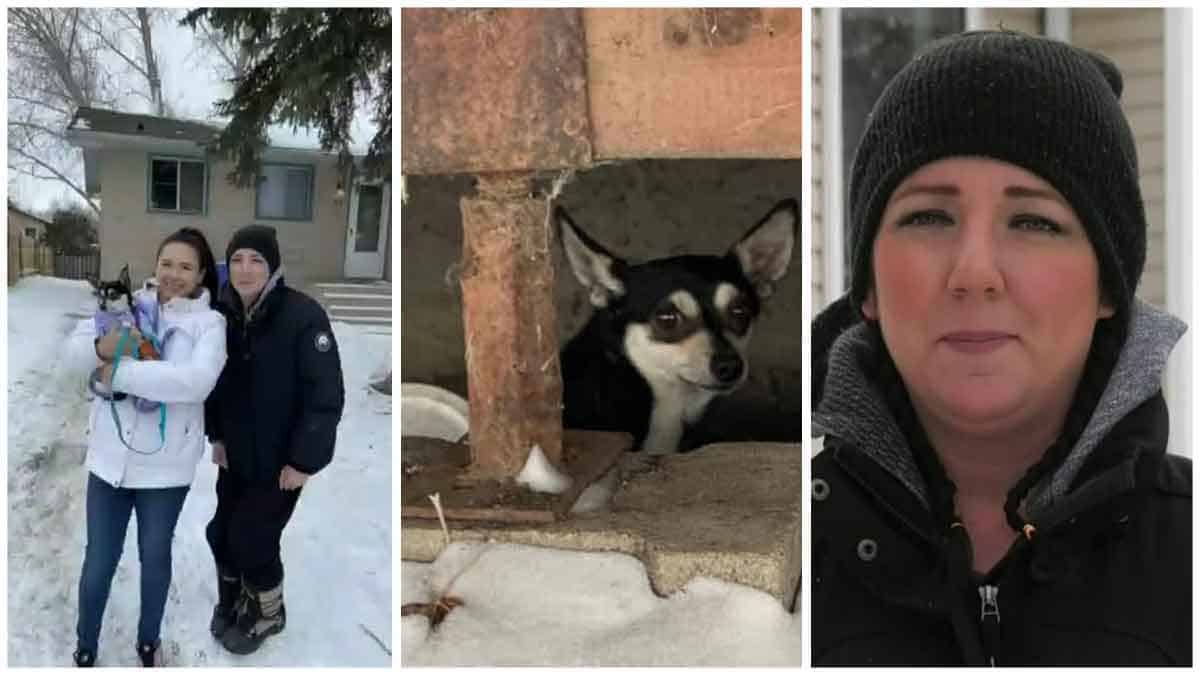 Looking for a lost chihuahua in a city can be like looking for a needle in a haystack. But, with the help of social media – any lost dog will eventually turn into a found one.

Clyde, a three-year-old chihuahua, went missing on Saturday in the Glencairn neighborhood.

Kayla Kurcin saw a post about the missing pup. And, she decided to create a Facebook page, so the internet could help out.

“In hours, it was covered with over 300 members, and we pulled together as a community,” Kurcin said. “We set up locations to search for him. We set up live traps to be monitored and try and bring this chihuahua home.”

Clyde’s journey started in the Glencairn neighborhood, but took him across two of Regina’s busiest roads.

The same night he went missing, people spotted him on the other side of Victoria Ave. That was near Victoria Square Mall, then at Home Depot, and into another neighborhood on Benson Bay.

He crossed over Ring Road and people spotted him on College Avenue. The lost dog started to move closer to home with sightings near Motel 6 on Victoria Ave.

Every sighting came with another lead on the dogs’ location, but nobody was able to catch up with Clyde.

“It was a community focus to help bring him home,” Kurcin said.

Finally, a break in the case came on Thursday afternoon. People spotted him again in the trailer court. Kurcin and other search team members found the adventurous dog under a shed.

“They buried him in leaves, garbage, and stuff. So, as soon as I saw a white chest, I knew he was there,” Kurcin said. “There were probably ten people from the group page surrounding the barricades of the fence. And, it was just a lot of communicating and a lot of teamwork.”

“I’m extremely grateful for everyone who has helped me over the past couple of days. I don’t know what I’d do if I didn’t have their help,” owner Alexis Dieter said via text message.

Another Lost Dog Found by Kurcin

This isn’t the first time that Kurcin has helped track down a lost pet, it’s actually something she’s done for a long time.

“Since I can remember, in my teenage years, this is what I’ve been doing, I go out and help strangers that I don’t even know for the benefit of the animal and I try to bring them home safely,” Kurcin said.

Before helping to track down Clyde, Kurcin actually helped reunite an owner and a lost dog when on vacation in Mexico City.

“I was scrolling Facebook and saw a dog on the loose and I recognized the dog from the area and was able to contact the owner and reconnect them,” she said.

“I enjoy searching for animals and reuniting them with their owners.”

Kurcin doesn’t want all the credit, she said the group of social media pet detectives have created a special bond.

“It’s crazy how a community can come together to form as one union and work together to bring the animal home, so I’d like to continue my journey of reuniting lost pets,” she said.

The Hope Behind Behavioral Changes

Losing its way from its home can be a traumatizing experience for a dog.

The Regina Humane Society said just like a human who may be lost, a lost dog can become anxious and disoriented.

“There’s perhaps strange sounds, strange smells, strange people, other animals and it can be very unsettling,” Bill Thorn with the Humane Society said. “We do encourage people, if they do encounter a stray pet to be very careful, put your own safety first.”

The Humane Society sees about 3,500 stray pets per year come through its doors and Thorn said the cold weather can also be very dangerous for the animals, many times leading to frostbite.

“Domestic animals – dogs or cats – they’re not built anymore to be outside in this type of weather,” he said. “We see quite a few animals come in this time of year that their ears are frozen, their tail is frozen, just like with us it’s your extremities that get cold first.”