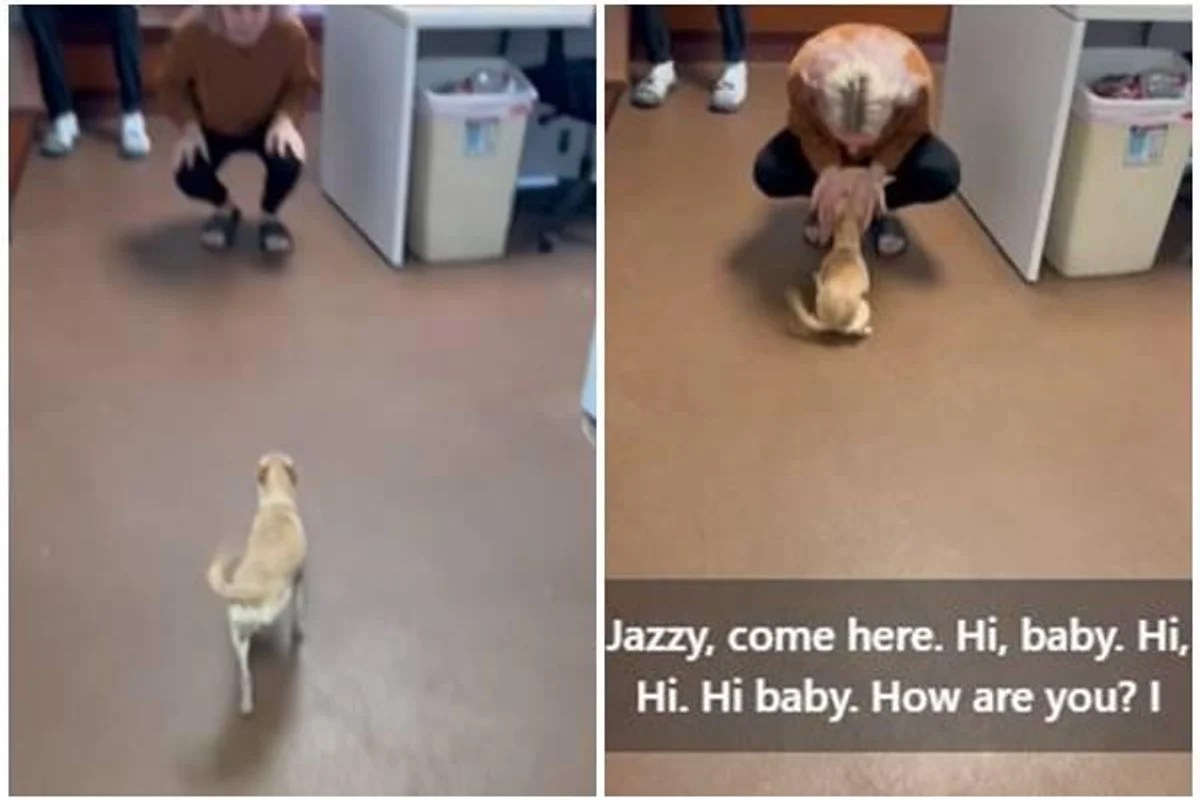 Woman Reunited with Chihuahua She Thought Died Two Years Ago

After two years of thinking it was dead, the owner is reunited with her Chihuahua.

Maile Trist adopted a dog named Jazzy four years ago in San Diego, California. When they first met at the shelter, Trist couldn’t resist petting her even though it violated the shelter’s “no touching” rule.

“I came across my gorgeous girl, I stuck my hand in the cage, and she automatically walked right up to me, tail wagging, and put her head in my hand,” said Trist to The Dodo. “I started crying because I had found my dog!”

After two years, Trist got a new full-time job 1,400 miles away in Salina, Kansas. Fearing that the move and new job would leave her no time for Jazzy, she left her to stay with friends until she got her bearings.

But when she reached out to her friends to get her dog back, they didn’t respond to her calls and shut down their social media profiles. Six months later, Trist’s fiance got in touch with them, and they told him the dog had died. Trist was devastated and feared that leaving Jazzy with her so-called friends would lead to her death.

Imagine her surprise when Trist recently received an email from the Cowley County Humane Society in Kansas. So about three hours away from her home, saying it had dropped off her dog at the shelter after being found at a rock quarry.

“We scanned and found a chip, but the chip was registered in California,” the shelter wrote on its Facebook page. “We were doubtful we could find the owner. And will attempt to contact to find out the owner had moved to Salina two years ago.”

Trist took a chance and drove to the shelter. When she arrived, her dreams came true. Jazzy came running out, and the two were reunited.

Two years after she thought her dog was dead, she was reunited with her chihuahua and it was a very emotional moment.

“I was crying and shaking because I was just so thrilled for one. She was still alive, and for two, I could finally bring her home,” Trist told Local 12 Cincinnati. Since the two reunited, Jazzy has been nothing but tail wags and kisses. “She’s been so happy ever since, and she will not leave my side or let me go without her,” Trist told The Dodo. “And I feel the same way!”

“The reunited with the Chihuahua will never be forgotten.”

Jazzy is 11 years old, and the two hope to spend the rest of her time together. “She’s still the same old lady she was before. And I’m so glad she stayed loving through these last two years,” she told The Dodo. “She will live out the rest of her years very spoiled and in her right-full home with me!” she wrote on Facebook.

Unfortunately, nobody knows why Trist’s friends ghosted her. And then said that the dog had died or how the dog got lost and wound up in a rock quarry. The good news is that everyone is back together, and Jazzy is happy and healthy.

The Cowley County Humane Society used the heartwarming story to remind people to microchip their dogs. “Microchips work to get your babies back home! Sometimes even years later!” the shelter posted on Facebook.

“Microchipping is worth every penny!” she responded to the post.