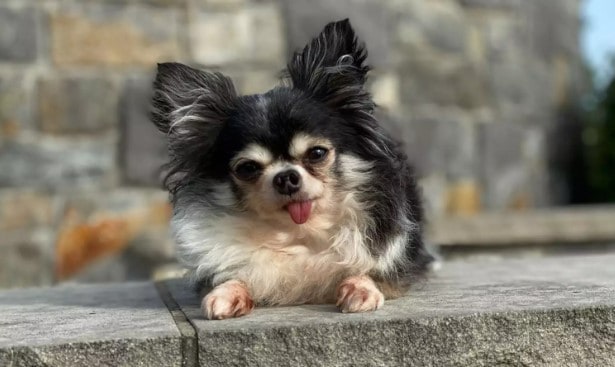 MacKenzie was declared the “most heroic canine” in America by combining public voting and a panel of celebrity judges. The sweet Chihuahua is exceptional in every aspect, and we can’t wait to share her story.

They have declared the most heroic dog in America!

MacKenzie, a Chihuahua who weighs only 4 pounds, was named the country’s “most heroic canine” over 407 canine competitors at the American Humane Hero Dog Awards: 10th Anniversary Celebration last Monday, hosted by Carson Kressley on the Hallmark Channel.

“The American Humane Hero Dog Awards honor some of the world’s most extraordinary heroes,”. This was a statement by Dr. Robin Ganzert, president and CEO of American Humane, the country’s first national humane organization.

What Has this Sweet Chihuahua Done?

“These heroic canines have gone above and beyond the call of duty. They’ve saved lives on the battlefield, comforting the ill and aged. Ultimately, they remind us of the powerful, age-old bond between animals and people.

All seven category winners exemplify what it means to be a hero. And, we hope that their stories–including MacKenzie’s — will inspire people to value our animal friends. We must recognize how much they do for us every day.”

The sweet Chihuahua was born in Hilton, New York. She had a cleft palate and struggled with contracting aspiration pneumonia, which nearly took her life. But MacKenzie overcame her birth defect and other health issues. She began working for The Mia Foundation, a non-profit that rescues and nurtures animals born with birth defects. This sweet Chihuahua will aid those who cannot physically be with their mothers.

In addition, MacKenzie helps interact with children at schools. She teaches them to have an open mind toward animals and people with physical differences.

“They learn kindness, patience, and that you can make a difference in the world. No matter how small you are,” said the American Humane.