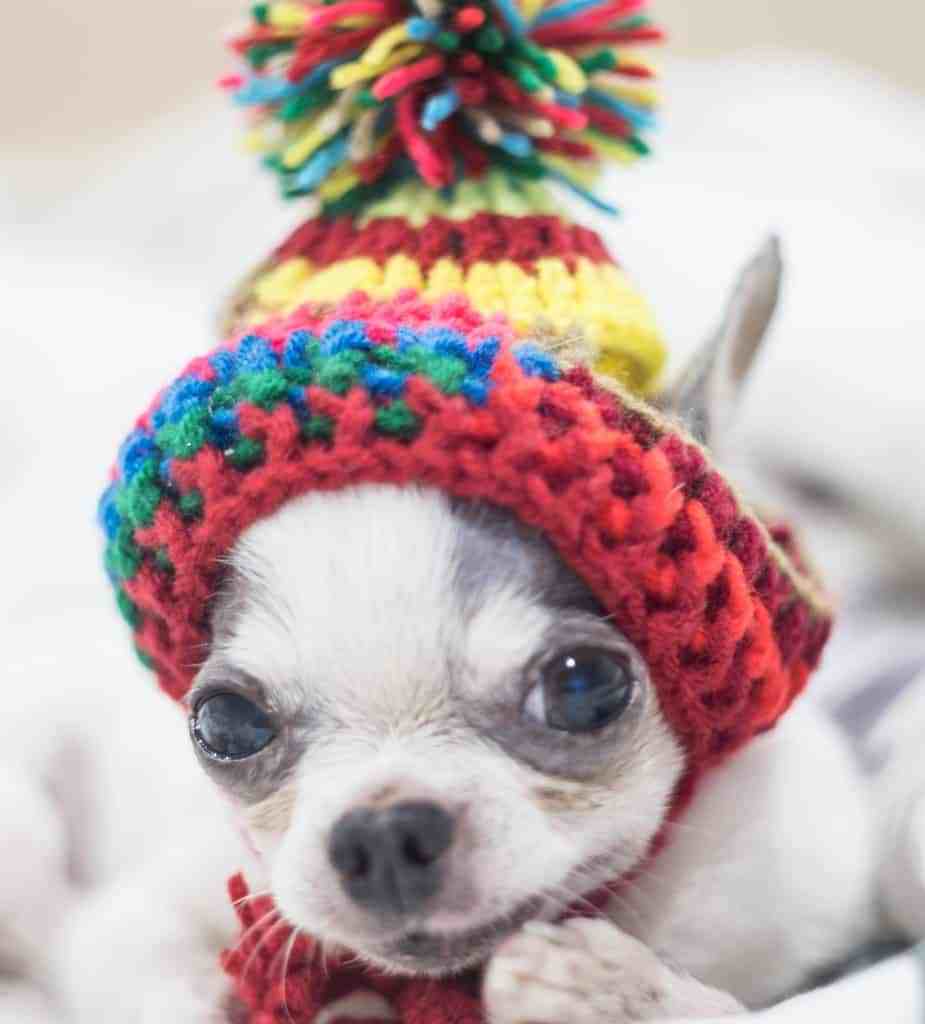 This Brave Chihuahua Pup Literally Fell from the Sky

In January 2019, this brave Chihuahua literally fell from the sky.

At first, when construction workers in Austin, Texas heard Tony’s tiny cries for help, they thought the pup was trapped somewhere among their site’s debris. But as they started searching, they quickly realized their attention should be focused up – not down.

Tony Hawk, a 6-month old Chihuahua puppy, recovers from his high-flying adventure with a hawk. (Photo by Austin Animal Center)

Sure enough, flying high above their heads was a hawk, and in that hawk’s grasp was a tiny, terrified puppy.

What’s in a Name?

Seconds later, Tony the Chihuahua was falling through the air.

Fortunately, the construction workers were quick to act. Tony was immediately brought to the Austin Animal Center, where he was then thoroughly examined. While the pup was visibly shaken – and rightfully so – he was also alive.

Soon after, the tiny, 1-pound puppy was put on an IV drip and wrapped in a cuddly blanket.

At last, Tony Hawk, the Miracle Puppy, was able to rest.

“He really did beat the odds,” said Jennifer Olohan, on behalf of the Austin Animal Center. “It was a true miracle. Not only that the hawk dropped him instead of taking off, but luckily people were around to rescue him, or else his fate would have been very different.”

Other than a few superficial head wounds from the hawk’s talons, Tony was okay. Unfortunately, there didn’t seem to be any family to notify of his astonishing survival.

“We don’t know where he came from,” Olohan elaborated. “Whether he was born as a stray or whether he was in a home and got out.”

With no forever home to return to, Tony went to a loving foster home with foster mama, Renee Keyes.

Tony Hawk poses for a photo with his foster mama, Renee Keyes. (Screenshot via KVUE)

After settling into his new foster home, where Tony at last realized he was no longer in danger, Keyes was able to nurse the pup back to health.

“The first night he came in, he was a pitiful, whining baby,” Keyes explained. “The very next morning, his tail started to wag and he wanted to give kisses to the whole family, including my 3 large dogs.”

While recovering, Tony was given his new name by Keyes’ son. And after such a death-defying adventure, Tony Hawk was most definitely the perfect name for the brave pup.

Shortly after joining his foster family, the 100+ adoption applications started piling in. Tony’s mind-blowing story went viral in such a short amount of time. A lot of people wanted to give him a forever home!

Tony Hawk, the superhero pup, showing his cape off for everyone to see. (Photo by Austin Animal Center)

But there could only be one forever home for the Miracle Puppy. Fortunately, in the end, the decision was easy: one woman’s love for Tony was impossible to ignore.

And after hearing her fascinating story, it was easy to see just how perfect the duo would fit together.

Georgia Bramhall, who owns Honeycomb Hair Boutique in Austin, Texas, had lost her own furry friend in November. After letting the 9-year-old Chihuahua, Bentley, into her backyard one evening, he vanished without a trace.

Bramhall never knew what happened to her beloved family member. Had a lurking stranger grabbed him? Or did the hawks in Austin, Texas have a strange lust for innocent Chihuahuas?

Despite Bentley being micro-chipped, the poor pup was never found.

“It was so terrible,” Bramhall said, thinking of Bentley. “I was so shocked and heartbroken, and I was crying for 5 days straight. Everybody loved Bentley. Everybody was grieving with us.”

Then, a stroke of luck happened. Bramhall was told about Tony, the Miracle Puppy dropped by a hawk, and immediately made arrangements with Keyes for a meet-up.

The connection was instant.

“I cannot get him off my mind,” Bramhall wrote in a letter to Keyes after meeting the puppy. “I just feel like the way Bentley vanished and how devastated we were, and the way Tony Hawk just literally dropped from the sky like that and the way it stuck with me in such a strong way since the moment I heard that story, it just really feels like I’m supposed to have him in my family.”

There was no denying that Bramhall and the adorable Chihuahua were meant for each other.

“I loved her personal story about her dog, Bentley,” said Keyes. “He looked just like an older Tony. It was fate in my mind.”

Bramhall was ecstatic when she finally welcomed Tony into his new forever home. And while she still hopes that Bentley will come back – knowing that he and Tony would be best buds – she’s happy to move forward knowing that Bentley’s memory will live on in Tony.

“One of my clients said, ‘If Bentley indeed got taken by something, it’s like he dropped you this puppy from the sky,’” Bramhall shared.

It’s safe to say that fate played a hand in introducing Tony Hawk to Georgia Bramhall. Talk about shedding a whole new light on the nickname “Miracle Puppy”!