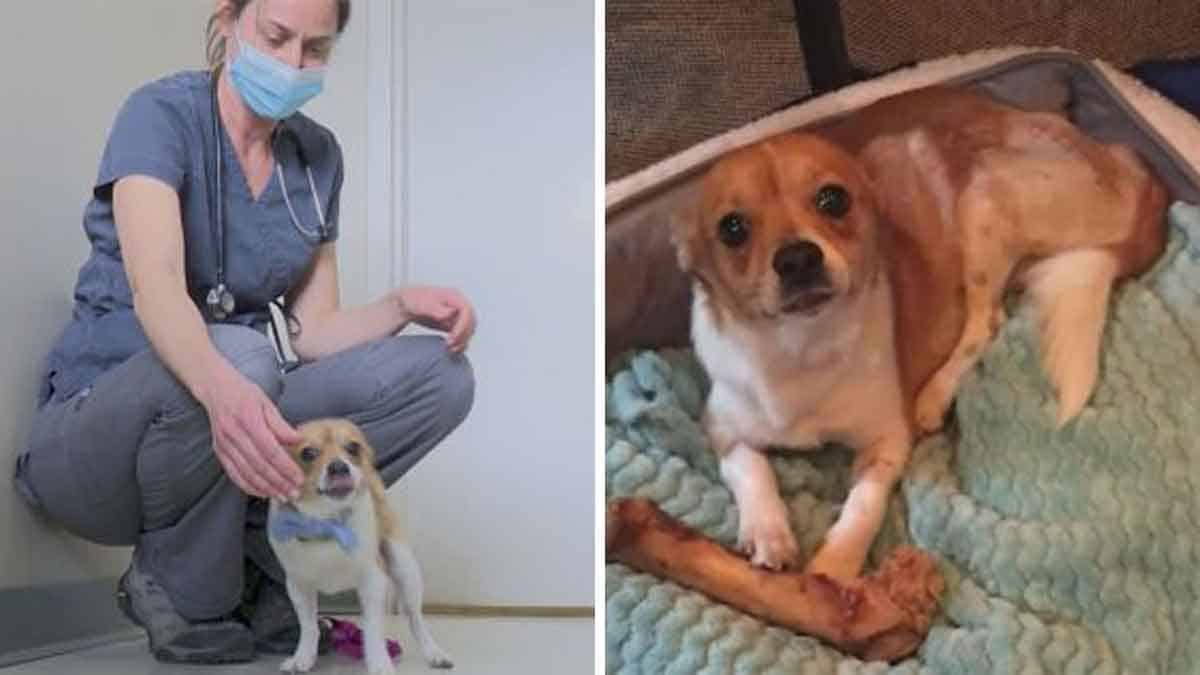 COLORADO SPRINGS, Colo. (CBS4) – A Chihuahua mix named Jim got a second chance at life after a Colorado veterinarian saved him and then adopted him. Jim was found on the side of Highway 50 with severe injuries. And, that’s when true love was born.

KRDO reports one of his legs had to be amputated. And that’s a horrendous state for a poor pup to be in.

“This is before his little pelvic fracture repair and this is after. You can see all the bright white, which is the metal and the hardware,” said Dr. Susan Lynch.

Lynch said she took notice of his fighting spirit and their bond grew. After taking him home as a foster pet, she said there’s no doubt they were meant to be together. And, that’s true love, isn’t it?

“Really it was done after that. My daughter was in love, my husband was in love. I couldn’t bring him back knowing that I wouldn’t know what his future was going to be,” she said.

Jim now has a 75 lb. sibling, which was also one of Lynch’s patients-turned-pets. After everything this poor pup has been through, we’re just glad he finally found some peace.