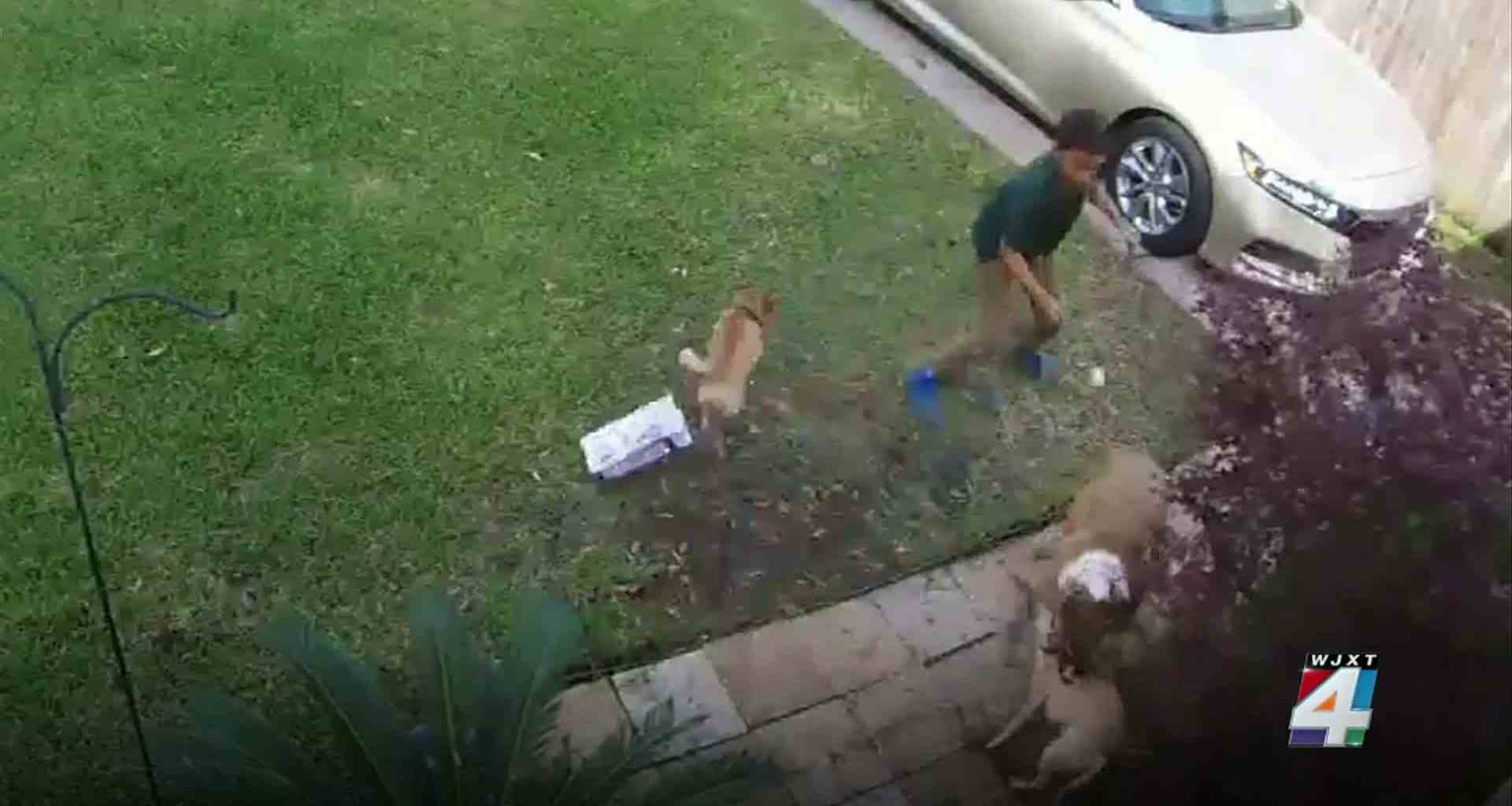 A frightening dog attack was caught on camera.

In a video shared with News4JAX, a young boy can be seen running for his life with his two little dogs next to him as a giant dog runs into the frame and goes after the dogs.

“I saw that dog first like pop its head out the gate and take it back in. That’s the point that I knew the dog was going to come out of the gate again,” the boy, Jamil George, told News4JAX.

The attack happened last week on Crescent Street in Murray Hill. Fortunately, the little boy, his mother, and their two chihuahuas are okay.

And no citations were given out because of the owners of the attacking dog. And the victims have agreed to handle the matter to prevent future attacks personally.

In the surveillance video, Jamil George can be seen walking his two chihuahuas.

Lilly and Sammy, are in his front yard when suddenly he realizes a large dog belonging to his neighbor is about to escape a fenced-in yard.

“The dog came out of the gate, and by that time, I was already right here. That dog bolted over here and creamed him,” George said.

Jamil’s mother, Stacey, was inside the house when the attack began.

“I heard him screaming then came up towards the door, and I saw the dog careen into these bushes. He was attacking my smaller boy dog,” Stacey George said.

That’s when Stacey George came out and tried to assist her son in getting the giant dog off Sammy.

Sammy then took off across the street to get away from the big dog, which was right behind him.

Despite how bad the attack looked and sounded in the video. The two chihuahuas, Jamil, and his momma were not injured.

Stacey said her two dogs and the next-door neighbor’s dog had a history of oppressing each other in the backyard, where the dogs have been able to touch each other from under the fence partially. She said this is why they started walking the dogs in the front yard.

The George family says the plan is to retrofit this fence so that the dogs can’t go at each other.

News4JAX did some digging and found several neighbors have called animal control to complain about the two chihuahuas running off-leash up and down the block. But in this case, both dogs were in their front yard when the neighbor’s dog attacked.

The prominent dog owner refused to comment on camera but said she did not know about the video. She said she wanted to move on from the incident.

“[They’re] inseparable” ❤️️ Meet Mateo — a sweet rescue dog who…
We use cookies on our website to give you the most relevant experience by remembering your preferences and repeat visits. By clicking “Accept”, you consent to the use of ALL the cookies.
Do not sell my personal information.
Cookie SettingsAccept
Manage consent