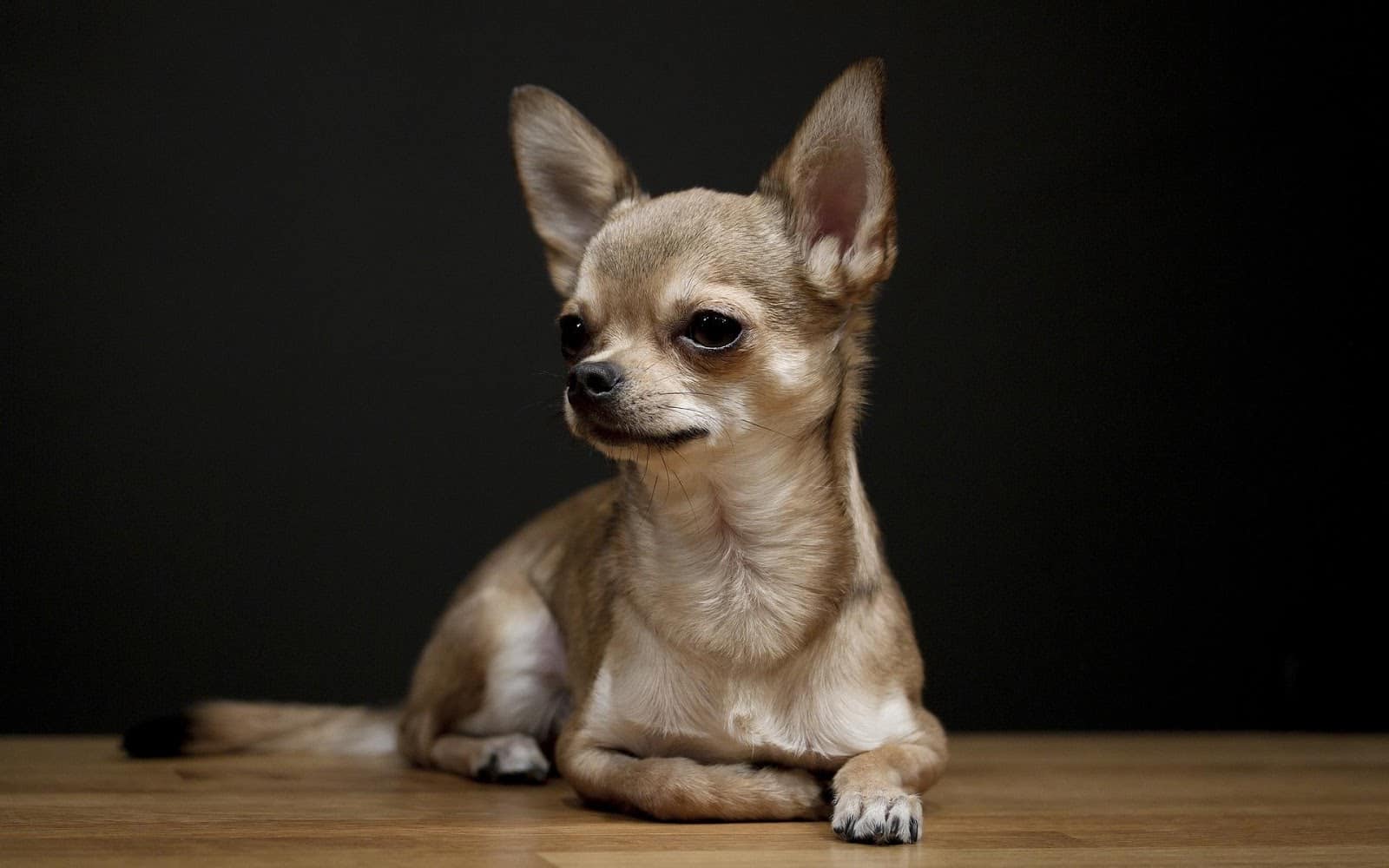 It’s time to learn all about Chihuahuas with these 15 facts! These calm dogs aren’t just cute and cuddly – so find out what makes them unique!

1. They Are From Mexico

Chihuahuas originally come from Mexico in North America. They’ve been around for hundreds of years, and Christopher Columbus even recorded seeing them!

2. They Are Named After a State

The state of…Chihuahua! What a surprise! This is probably because this is where they were first bred.

Chihuahuas date back hundreds of years – Columbus met them in the 16th Century, and the Mayans and Aztecs bred them. They were first introduced as a show dog breed at the beginning of the 20th Century.

4. They Are One Of The Smallest Breeds of Dog

Chihuahuas are the most miniature dogs around. They are so tiny that they were cross-bred with rodents at one point! Most Chihuahuas don’t weigh more than about 3kg and are only about 9 inches tall!

5. They Became Popular in the 19th Century

During the 19th Century, a fashion for lapdogs – dogs that were there to sit on your lap and be petted – and so lots of chihuahuas started appearing, often being bred with other small dogs.

Most Chihuahuas don’t live as long as that. They usually live about 12-15 years, but they can also live for up to twenty years!

7. Some of Them Are Famous

Chihuahuas are popular and famous pets for the rich and famous and are often seen as status symbols. As well as this, they also appear in film and tv, like Elle Woods’s dog Bruiser in Legally Blonde and the Beverly Hills Chihuahuas!

8. They Can Have Health Problems

Like many dog breeds, Chihuahuas often suffer health problems due to their limited gene pool. These include eye problems, joint issues, and heart problems.

They may look small and silly, but Chihuahuas are brilliant! They are also super loyal and can be quick to defend their owners, which is why you might see them yapping at people!

Chihuahuas were initially bred in hot climates, so they don’t do well in the cold! Most people who own chihuahuas put them in a jumper in cold weather and limit their time in the snow.

11. They Are All Born With Floppy Ears

Chihuahuas are all born with floppy ears – as they get older, their ears will start to stand up, and if they haven’t, they will probably stay floppy after about six months!

12. White Chihuahuas Are The Rarest Ones

There are loads of chihuahuas with dozens of different colorings, but pure white ones are the rarest of all!

13. The Aztecs Believed They Had Powers

The Aztecs considered Chihuahuas sacred and would often keep them as pets, pampering them and giving them special treatment. They were often buried with their owners after death!

14. Other Animals have kidnaped Chihuahuas!

Because chihuahuas are so tiny and light, they’ve been known to get kidnapped by more giant animals like eagles and hawks, so watch out!

The chichi dog was an ancient dog breed in Mexico and is probably where chihuahuas originated from! They looked very similar but were slightly more prominent. These are 15 Facts for your lovely dog.