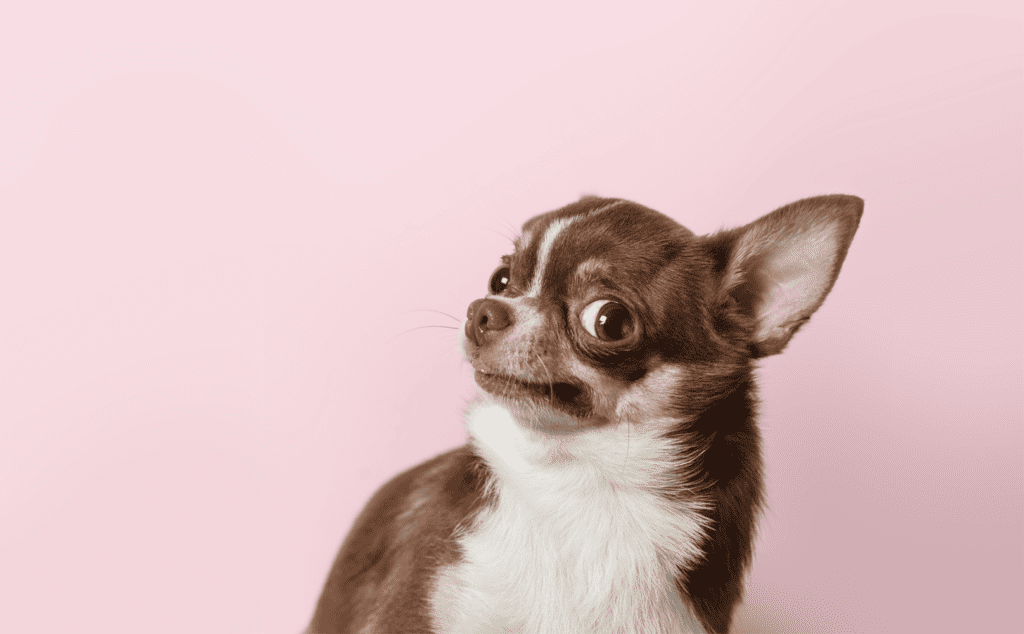 25 Interesting and Fun Facts About the Chihuahua Dog

Let us learn some fun facts about our Chihuahua.

1) The Chihuahua is in the toy breed group, and its classification is a lapdog or companion.

2) It has now been proven via DNA evidence that the Chihuahua originated from the ancient Techichi dogs of Mexico.

3) This breed got its name from the state of Chihuahua, Mexico, which is thought to be the significant border crossing when they brought this dog into the United States.

4) Litter size can range quite a bit, and in rare cases, a Chi can have six pups. However, the average-sized litter is 1-3  puppies.

5) This breed has more Cesarean sections than any other. The Chihuahua newborn has a massive head about his body and the narrow width of most female dams.

6) According to a 20-year-long study by the University of Georgia, the 3 top leading causes of death for the Chihuahua breed are – in order – cardiovascular disease, trauma, and infection.

7) Each major kennel club around the world has its standards regarding the size. However, most state that the Chihuahua should be 6 pounds ( 2.7 kg) and under.

8) The Chihuahua is the smallest of all purebred dogs, and I thought there had been other breeds to set size records. As of 2014, Guinness officially recognized a Chihuahua named Milly – 3.8 inches tall (9.65 cm). (Dogs qualify due to height, not weight).

Milly is a chocolate Chihuahua with a bit of tan and white spotting. She weighed approximately 1 pound (.45 kg at two years old). She took the place of Boo Boo, a long-haired Chihuahua that stood at 4 inches (10.16 cm).

9) Since this breed is so tiny, a miniature or teacup Chihuahua is a redundant term. They are all ‘teacup-sized, though this terminology is a marketing term and not an official canine classification.

10) There are two official varieties of Chihuahuas, the smooth coat (short coat) and the long coat (long-haired). Both are types of the one breed.

Is it a friendly breed?

12) Though some are shy and others may be nervous, the Chihuahua makes an exceptional family pet in households that can offer enough care and attention. He is one of the most popular toy breeds in the U.S., U.K., and Canada.

13) This is an amiable breed.  Chihuahuas and cats generally get along very well, and they also do well with other dogs if introduced at a young age and with children. Young toddlers should be taught proper handling techniques and watched closely.

14) A Chihuahua puppy is born with a mole. That is a soft spot on the top of the skull where the bones have not yet fused, and it remains for about half of all Chihuahuas. The breed standard does not have a preference for this.

15) The Chihuahua is one of the breeds. It can find in many colors, and Chi can be solid, two-toned, or hold three colors in the coat. They may have markings and a mask.

The other fun facts:

16) While there are deer heads and applied Chihuahua dogs, only the apple head is recognized in the breed standard.

17) The unofficial nickname of this breed is Chi.

18) It is not uncommon for a Chihuahua to suffer from phobias, such as being home alone. (Separation anxiety) fear of traffic, and being afraid of unknown dogs.

19) This breed is very active for its size. A Chihuahua is often hyper and very enthusiastic about playing. While he should not be over-exercised, a Chihuahua needs one to two daily walks, and 20 to 30 minutes is good for health and releases pent-up energy.

20) The Chihuahua is considered to be a light to moderate shedder. A long-haired Chi will not shed more than a short coat; both need routine grooming to pull out dead hairs from the skin. The shedding season is twice per year, and it will be more noticeable for those that reside in locations that experience all four seasons. Sheds will be notable in the spring and fall, and females may blow the coat after a heat cycle finishes.

21) In comparing brain-to-body size ratio, the Chihuahua is the leader of the pack with the most considerable-sized brain.

22) There are many stories about unscrupulous ‘puppy’ sellers selling rats to naive customers, passing them off as Chihuahua puppies. There is at least one documented case from Brazil. There is a person who paid $487 for a rat after being told it was a Chihuahua.

24) Despite being prone to chills and shivering due to being cold, many healthy adults enjoy romping through the snow. This is okay to allow as long as the Chihuahua stays out no longer than 20 minutes in above-freezing temperatures. And is kept on a leash or supervised in a safe, enclosed area.

25) This very tiny breed does amazingly well acting as service dogs. They help with all sorts of tasks, including leading the blind and working as therapy dogs. You May Also Like:

Training a Chihuahua to Stop Begging – Dogs can be relentless, but there are steps you can take to teach them to stop this behavior.

Are these enough fun facts to know more about you’re Chihuahua?!

25 fun facts are enough for today.