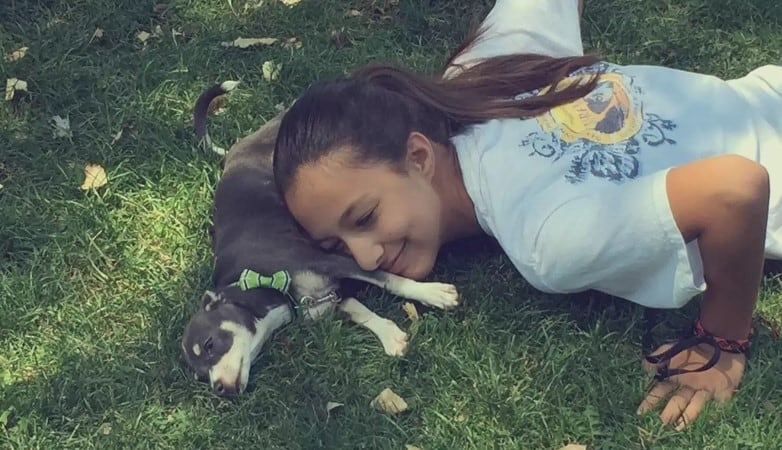 A Chihuahua Puppy With Severe Burns

The fireman was found when he was only 4 to 6 weeks old, hiding under a kiddie swimming pool. In a quarantined play yard at Antioch Animal Services. He was clearly in pain, though no one knew exactly what had happened at first. It was later discovered that the poor puppy had chemical burns on his tummy, chest, and ears.

The Fireman was brought to Umbrella of Hope Rescue for immediate attention. The burns were all at various healing stages. The poor puppy had been abused multiple times, and most of his ears had to be amputated because of the damage. Understandably, Fireman had an apparent distrust of humans when he was first rescued.

His foster mom, Kristy Keusch, said in an article for East County Today. “He became very fearful of being handled and disliked being pressured. His reaction was to bite. Fireman’s physical body was healing, but inside, his little mind was in turmoil.”

Where was the Firefighter diagnosed?

The fireman was taken to a behaviorist, where he was diagnosed with PTSD. Due to the unimaginable abuse, he had suffered. He had a lot of issues connecting with people and refused to be put on a leash.

When it came time to find Fireman a home, Kristy knew he was going to need a particular person who truly understood him and all of his issues. Umbrella of Hope received countless requests to adopt Fireman – but one girl stood out from all the rest.

Chloe is a 12-year-old girl who was burned when she was a cute baby. Like Fireman, she has since undergone seven surgeries related to her burn injuries. Fireman needs someone with a lot of patience, and because of Chloe’s past, she can provide that for Fireman.

Everyone involved in Fireman’s journey is thrilled despite his issues. He has found someone who truly understands and can give him the support and love he needs. The road to healing is going to be a long one for this little guy, but with Chloe by his side, there is no doubt that he can make tremendous strides.

A family has revealed how their beloved three-year-old chihuahua was mauled to…
We use cookies on our website to give you the most relevant experience by remembering your preferences and repeat visits. By clicking “Accept”, you consent to the use of ALL the cookies.
Do not sell my personal information.
Cookie SettingsAccept
Manage consent