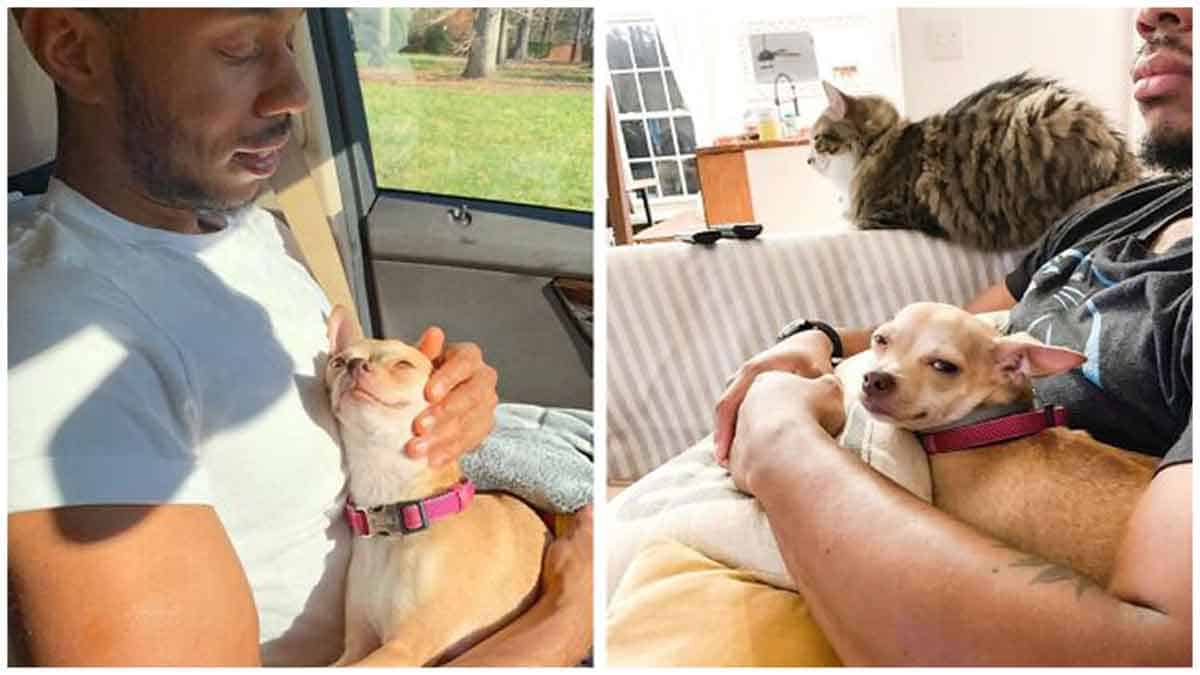 Do you know the superpower of tiny dogs? It’s that they can win anyone’s heart just by giving them infinite cuddles and love. Even if you repeat “I don’t like small dogs” again and again.

Awww! Like this cute and adorable Chihuahua who changed the mind of her owner Sheridan Oliver Martin, the wife of Sinclair. In just a split of a second, this cutie stole the heart of her owners.

This is Pickles, an adopted Chihuahua who stole this man’s heart in a split second

Sheridan really wanted a tiny dog, but her husband Sinclair was absolutely against small breed dogs

The second the two met, Sinclair was mesmerized by Pickles’ cute face and friendliness

“He prepares her food, puts on her outfits, washes her clothes and blankies, cleans her paws, tucks her in every night between our pillows, lets her snuggle inside of his sweatshirts when she’s cold, always puts her sweater or jacket on when it’s colder outside, takes her for walks, carries her everywhere, shares his snacks with her (almost always apples and carrots), he always makes sure she has her travel blankie in the car, he gives her baths and brushes her teeth, pretty much everything!” Sheridan explained her husband’s numerous duties. She also added: “I am jealous of Pickles sometimes, actually! She loves me too and is a sweet girl who loves both her parents. But there have been times that he has given her a kiss goodnight and almost forgotten to give me a kiss goodnight too.”

And also, Pickles is now a licensed service dog, delighting everyone with her affectionate presence