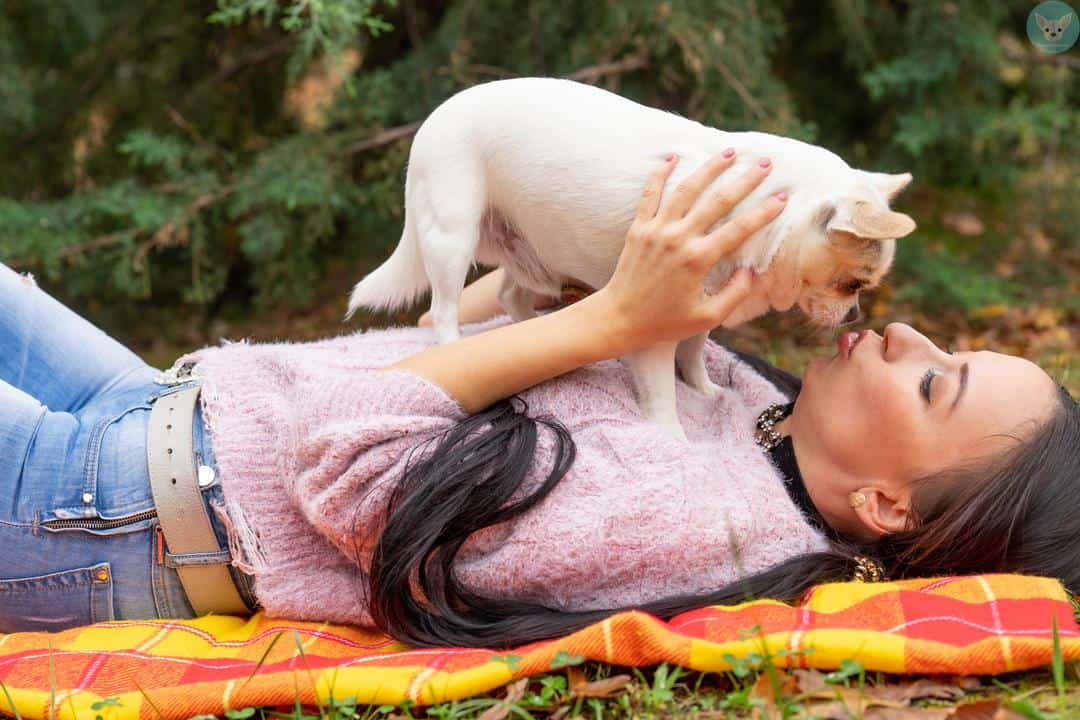 How Chihuahuas Are Helping Us Through This Unique Time In Our History!

These are certainly scary times that we are now living in. With the “shelter in” order that most are now living under it has been a challenge, to say the least!

It occurred to me that being shut-in is a little like living in a cage. Do you see where I’m going here? Think of all the animals living in cages in shelters. It’s especially heartbreaking thinking of tiny little Chihuahuas (and Chihuahua mixes — we don’t discriminate — that are now in shelters just waiting for someone to claim them as their very own.

Although we may feel like we are in a cage, we certainly are not. We have room to move around, can go outdoors whenever we want, etc. What we humans are missing the most is physical contact with our loved ones and being able to touch them and hug them.

A Humans Need For Touch

Our need for touch is a real thing! We are wired to be touched — some might say we were created to be touched. From birth until the day we die, we need physical contact.

A lack of physical contact is a real thing called skin hunger or touch deprivation. This occurs when a person experiences little to no touch from other living things.

The condition is common in countries that are becoming increasingly touch averse. A study — done before the Coronavirus crises — found that France was the most “touchy-feely” country and the United States was close to the bottom of the list.

This phenomenon may be due to the rise in technology, fear of touching being viewed as inappropriate, or simple cultural factors. No one really knows.

Could Chihuahuas Be The Key To Better Mental Health?

So, where am I going with all this? During this COVID-19 pandemic, animal advocates are calling for people to help animals as well as themselves by fostering (or adopting) a pet. Of course, I advocate for Chihuahuas.

In fact, Chihuahuas are found most often in shelters than any other breed. I think fostering or adopting a Chihuahua is the answer!

In fact, the actress, Rena Sofer of The Bold And The Beautiful has done just that! She has taken in a Chihuahua. The adorable dog doesn’t have a name yet, but they look pretty loving in a picture she posted on Instagram.

“Since we are shut in we decided to foster a dog in need. We don’t have a name for her yet. She is an older chihuahua. My dogs are super territorial but they seem to be putting up with her so…, anyone out there wanting to help can always foster while quarantined and who knows maybe you will fall in love. #adoptdontshop #foster”

Other actresses are getting in on the act and are rescuing shelter pets. Kaley Cuoco said she was what a foster fail looks like:

According to Metro News out of the UK, Kaley Cuoco, 34, star of “The Big Bang Theory has also fostered a dog. A 10-year-old Chihuahua named Dumptruck (Dumpy) for short.

Originally she wanted to provide Dumpy with a comfortable home during the pandemic. Shelters around the world are having trouble caring for all their rescued pets. But, we’re talking about a Chihuahua here. Who wouldn’t fall in love with a Chihuahua?

In fact, she and her husband Karl Cook fell in love with Dumpy and have decided to keep him forever! She shared a photo of the three of them together, with Karl planting a kiss on Dumpy, telling her followers: “What a foster fail looks like. Dumpy, you stole our hearts!!!”

So, while everyone is focusing on self-isolating and dealing with it in their own ways, I — as well as many others — encourage everyone not to forget about those without a voice!

As much as we are starved for physical contact, so are they! So even if you can’t adopt, at least foster one temporarily. It will be good for your health and it will give them the socialization and touch that they need.