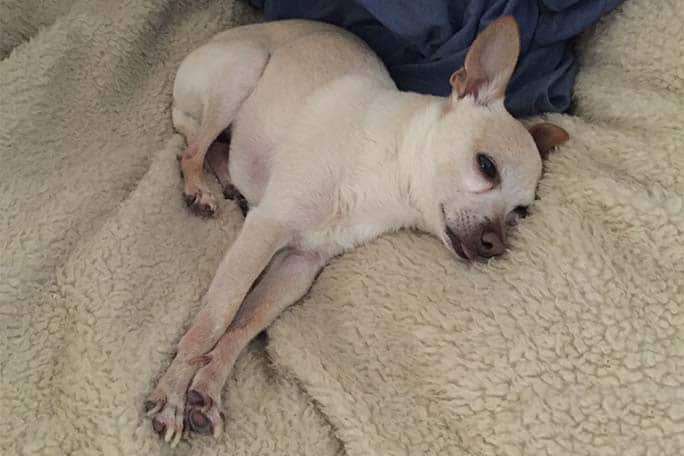 Gisela Shore of Greenacres, Florida, adopted TobyKeith when the rescue dog was just a few months old and said the pet is in “pretty good health.”

According to Guinness World Records, a Chihuahua named TobyKeith from Greenacres. Florida is the oldest dog alive on Earth at age 21.

Guinness World Records verified and confirmed TobyKeith’s title on March 16, when the dog was 21 years and 66 days old.

TobyKeith is a world-record-holding rescue pup. The dog’s owner, Gisela Shore, told Guinness World Records that she adopted the canine while volunteering at Peggy Adams Animal Rescue. When he first moved in with Shore, the Chihuahua was just a few months old.

In an Instagram video Gunniness World Records shared on Thursday. Shore reveals that Toby Keith was born on January 9, 2001.

“He’s been with me since he was a puppy.
He is in pretty good health considering his age, and he does a lot of sleeping. But other than that, he’s doing great,” Shore adds in the clip.

The video includes snaps of TobyKeith cozying up to Shore, who owns two parrots and two other dogs.

The proud owner told Guinness World Records that she thinks TobyKeith’s healthy diet of “vegetables, rice and chicken and no sugary treats” and his daily walks have kept him living past the average Chihuahua’s life expectancy, which is 14-16 years, according to the American Kennel Club.

Shore and TobyKeith celebrated the dog’s record with a day of pampering, a leisurely care ride, and a special treat.

“It brought a big smile on my face!” Shore said of TobyKeith’s title.

The Guinness World Record for the oldest dog belongs to an Australian cattle dog named Bluey from Australia.

Bluey was born in 1910 and worked among livestock for nearly 20 years before being put to sleep on November 14, 1939, aged 29 years and five months, per Guinness World Records.