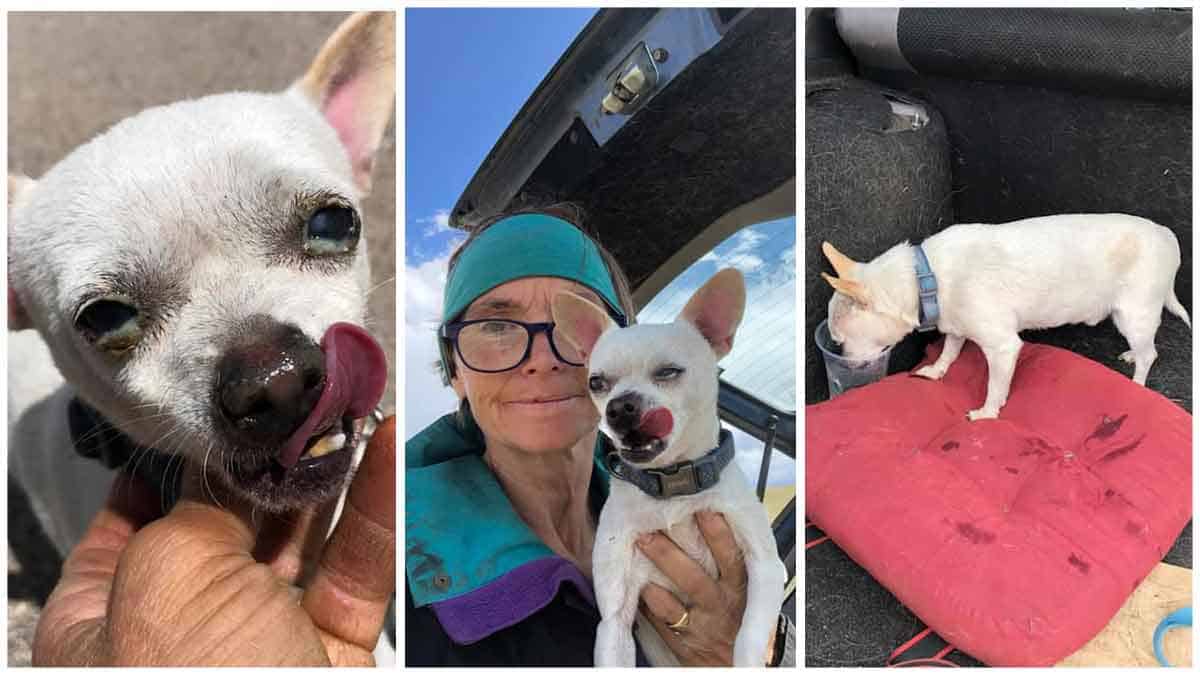 A chihuahua is lucky to be alive after surviving nearly a week in the Colorado wilderness. A good Samaritan saw a post on social media and made it her goal to track down the missing pup.

Monika Courtney scoured the Hartsel area, searching for Tito and Robin. The owner of the dogs says they were camping near Use Trail, south of Hartsel, on Aug. 31. That’s when someone started shooting a gun not too far from them. The shots reportedly scared the two dogs off. Tito is a chihuahua, and Robin is a boxer.

On Sept. 7, Monika found Tito near County Road 53, about 30 miles from Hartsel, in an uninhabited area. Courtney shared a video of the site she found Tito on social media. You can view the video at the bottom of this article.

“It is hard to believe a little chihuahua made it out here,” Monika explained in the video. “There is nothing. Miles and miles of nothing.”

But Tito did make it, and he has Courtney to thank for that. A stranger who saw the owner’s plea for help on social media. Courtney provided Tito with water and a rotisserie chicken. Tito’s owner tells 11 News the dog had an eye infection, but other than that is in good health. Tito wandered the wilderness for about a week.

Robin, the boxer, is still missing. You can view pictures of Robin at the bottom of this article.

Courtney wants the public to know you don’t have to physically go out and search for a missing animal to help.

“You can start by just sharing fliers,” Courtney said. “Not everyone is equipped to go out and search for a missing dog. It can be dangerous for them and the animal.”

The Animal Rescue that Made it Happen

Courtney runs a rescue for animals on a ranch near Buena Vista and is continuing to hope for a safe return when it comes to Robin. She posted the following to Facebook:

“Robin, male boxer, is still missing, lost 8-31-19 at Utse Tr./CR 53, Hartsel CO. We continue the search, hang posters, set up bait, scent, and cameras and Karilynn Yarbrough will camp there in the next few days. Help by sharing this post, his flier, to raise awareness. Your eyes, your post could be the missing link to bring him home. If you see him, call 303 565 7131. Do not chase or call him- apply no pressure- let him chose to trust you. Thank you.”

Hartsel is about 65 miles west of Colorado Springs and 29 miles east of Buena Vista along Highway 24.

Monika C. shared pictures of Tito the Chihuahua after finding the dog in the Colorado wilderness seven days after Tito went missing.