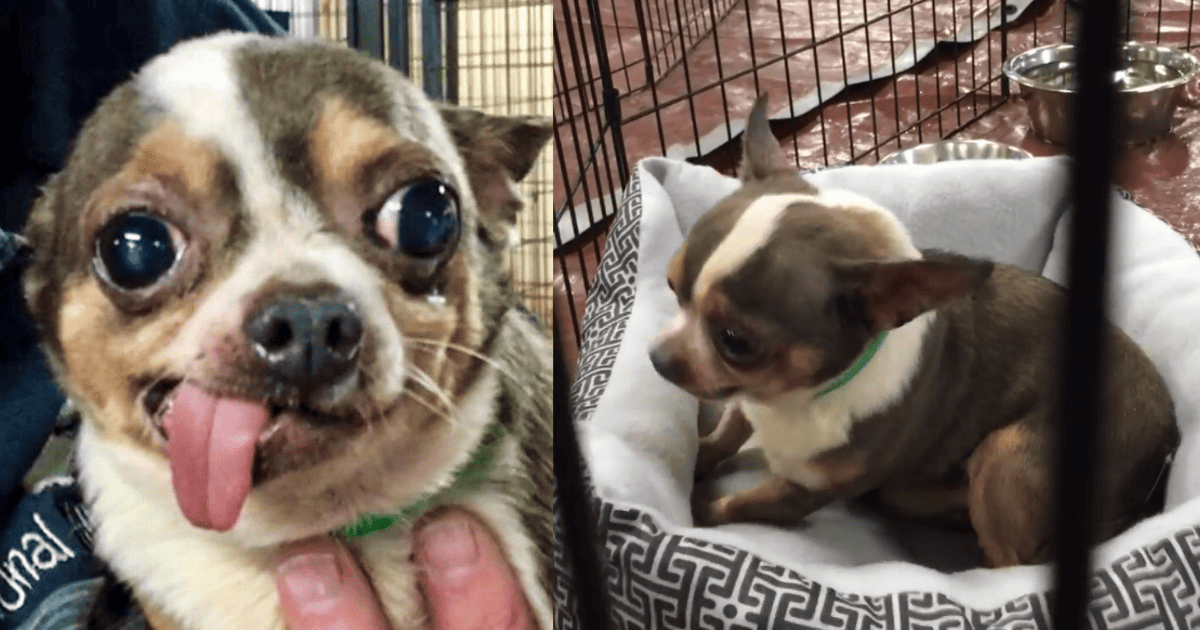 Chihuahua Enamored with Own Bed After Being Rescued

Chihuahua Enamored with Own Bed After Being Rescued

The focus is on quick breeding and cost-efficient adoption methods. What is cut out from the process is love and care. These dogs are treated as products, not as aware and sensitive creatures, which is heartbreaking.

The dogs from puppy mills often deal with health ailments due to the poor conditions they were brought up in. They are usually taken away from their mothers at a very early age.

Unfortunately, the dogs tasked with breeding for puppy mills are not later housed in a more loving forever home. They must live in the puppy mill as they continue to produce litter after litter for their bosses. These poor dogs are denied proper care, home comforts, and most notably, love from a human who cares about them.

This is the story of a sweet-hearted chihuahua named Freddie. Poor Freddie was forced to live in a puppy mill for the first nine years of his life, and he was denied basic home comforts as he was forced to produce a litter for the company that owned him.

Freddie fathered hundreds of litters while he was in the puppy mill, and he likely never got to spend any time with his puppies either. As he got older, his usefulness to the puppy mill waned. Thankfully, they rescued him before the operation decided he was no longer valuable to them.

The organization National Mill Dog Rescue came to Freddie’s aid. They rescued him and 34 other dogs from a puppy mill located in the Midwest. Many large-scale breeding operations take place in the area.

Freddie was shy at first.

Not surprisingly, Freddie was apprehensive around people initially, and he probably never thought a human could care about him as much as his rescuers did.

“Life in a cage takes a heavy toll on dogs, both physically and emotionally,” Theresa Strader, founder of NMDR, told The Dodo. “Many of our dogs require extensive rehabilitation before they are ready to become family members, [but] Freddie certainly has a resilient spirit. He is a spunky little guy.”

Freddie is given his first-ever bed.

Having been denied basic comforts for his entire life, Freddie didn’t know what to make from his first-ever doggie bed. When one of his rescuers put it down for him, Freddie wasn’t sure what it was. After he was placed in the bed, however, he was delighted with how comfortable it was!

Imagine never having had a comfortable place to sleep. Then some friendly people rescue you and provide you with a peaceful place to finally rest upon. Freddie has come a long way, but now he will get all the love, care, and comfort he was denied earlier in his life.

“A tiny 9-year-old Chihuahua never had a soft bed of his own. He does now! Just watch as this adorable boy experiences one of the comforts of freedom for the first time!” NMDR wrote on Facebook.

NMDR knew that what Freddie truly needed was a forever home, however. As comfortable as his bed is, what they wanted for him was a loving family. Well, they found one!

Not long after the story of Freddie’s first bed was posted on Facebook, his rescuers noted that he had an adoption pending.

Freddie is finally going to get the love he deserves.

You can learn more about Freddie and his first bed in the video below.