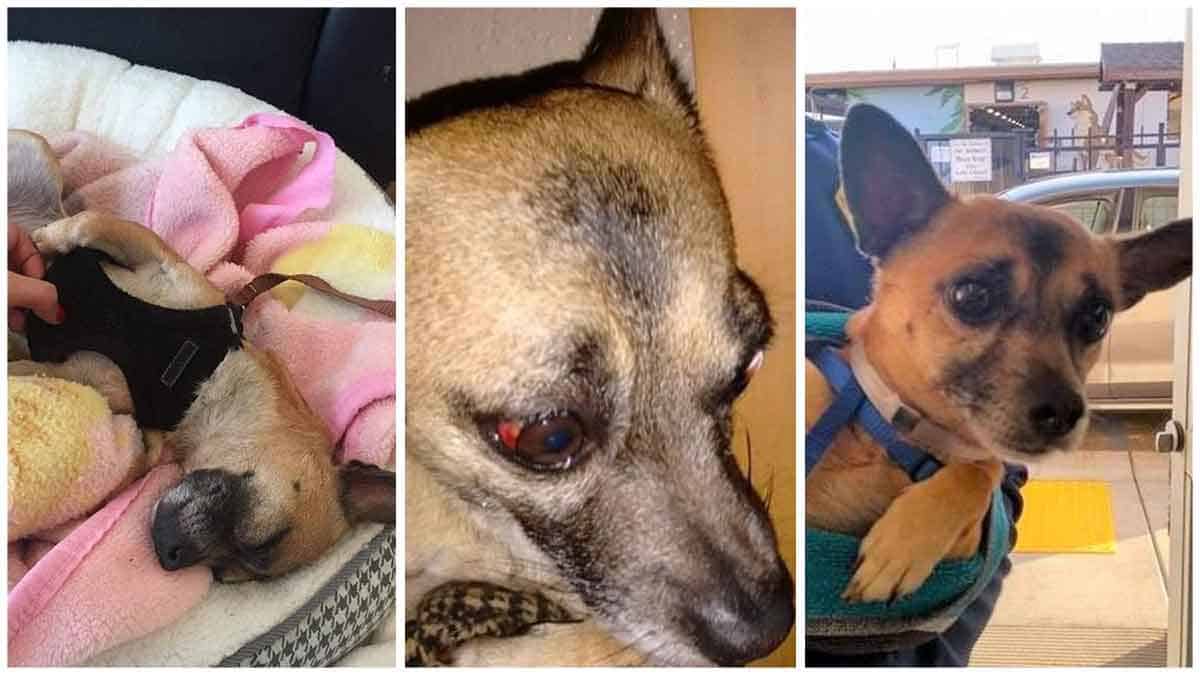 Innocent Chihuahua is Forced to Spend Weeks in Confinement

This innocent Chihuahua was forced to spend weeks in solitary confinement, all because he was ‘aggressive.’

Pet owners commonly give several reasons when surrendering their dogs to an animal shelter. Many cite issues that aren’t easily solved, like an unforeseen financial strain. Others give problems that can be fixed if given a chance.

For example, experts say that 3% of people surrendering their dogs to shelters claim to bite as the chief reason. In truth, aggressiveness is a trait that is taught, not one an animal is born with, which means many of these biting incidents could likely have been avoided if the proper training had been used. Regardless, people who want to get rid of their animal will find a way to do it, whether their reasons are legitimate or not…

Quarter, a 5-year-old Chihuahua, had a reputation with his owner for being a “mean” dog when he was surrendered to an animal shelter in Los Angeles. When caretakers began to look after him, they discovered that that wasn’t necessarily true.

The staff at a Los Angeles animal shelter was skeptical of the 5-year-old Chihuahua Quarter when he was surrendered to them. His previous owner had alerted them that he was an aggressive dog and cited biting as an issue.

“The shelter staff is kind of on guard when they work with aggressive dogs on intake,” Traci Jean Gallegos-Schuver, Little Diva Rescue foster and transport coordinator, said in an interview. “When they were trying to process him, he allegedly nipped one of the shelter staff.”

As a result of this biting, Quarter had to be placed in quarantine at the shelter, which meant that he would have very little interaction with any humans while he was there. In addition, being separated from the other animals would make it harder for him to be granted leave to another rescue.

“That means the rescue is releasing the shelter of all liability for any kind of harm that may come to somebody else in the event that somebody is bit,” Traci said.

Quarter received good news after three weeks at the shelter: Little Diva Rescue was going to take him in. He was immediately brought to the vet and even received a new name — Teddy.

Traci brought Teddy to stay with her at her own home. She immediately noted that he was not aggressive as his behavior had previously been described.

“He was a little fearful, but he showed no signs of aggression at once. Nothing,” she mentioned. Traci also noted that the veterinarian agreed with this sentiment.

While Traci was fostering him, she had to go out one night and leave Teddy with a friend. While she knew he wasn’t being aggressive, she was still concerned that he might act up while she was away.

Much to her delight, Traci’s friend reported that Teddy was not aggressive at all.

It wasn’t long before people started to look at Teddy in a new light. Everyone agreed that describing him as “aggressive” couldn’t have been farther from the truth. It was clear that he was becoming a much happier dog.

Not long after, Traci received a call from a couple in Richmond, Virginia, interested in adopting Teddy. He was then flown from California to Virginia, where he arrived at his forever home. The couple noted that he warmed up to them almost immediately.

Little Diva RescueThis is an excellent reminder that giving animals a chance is always a better choice than giving up on them at the first signs of an issue. Teddy’s like a completely different dog, thanks to a bit of love and care!