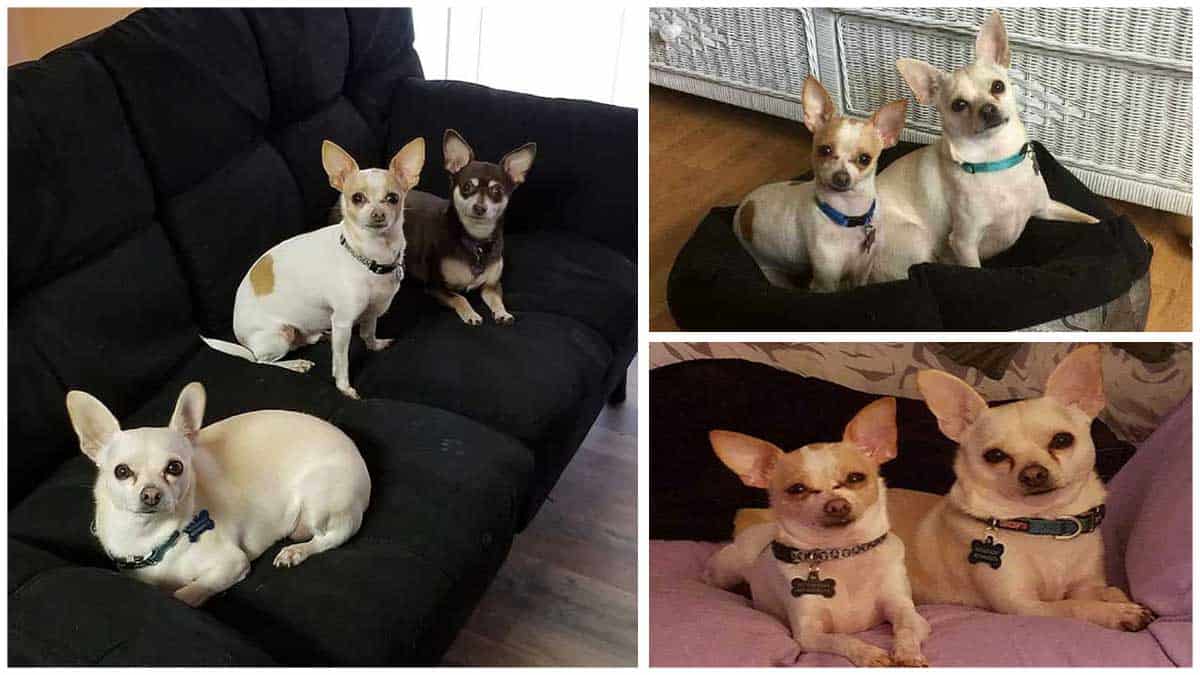 Thought some of you might like to meet my little Chihuahua miracles family. This is momma Annie and her sons Tig and Chibs. Tig is the larger, white one of the three and Chibs is the white one with brown patches.

Four years back, my family and I decided to rescue another dog for the holidays. We scooped up Annie from a rescue who had just pulled her out of a kill shelter. Instantly, I fell in love with her.

However, despite her paperwork and said vet visits and the print that informed her she was spayed. We soon discovered she was in fact pregnant and nearing her due date quickly.

After a LOT of talk and consideration, a lot of debate, and help from our family vet, we decided to let her have the puppies. I would later work on adopting them out to friends of mine or friends of the family.

Annie had to have a c-sec early as her babies were becoming bigger than she was. All four of her babies were born severely prematurely and underdeveloped. One of them died less than an hour after being born.

The remaining three couldn’t go to Annie right away. Because of their lack of fur Annie was attempting to clean them as all mother dogs do but ended up licking their skin off.

Plus, they were so tiny that one wrong move from momma would have crushed them or hurt them a lot.

For the next 10 days, my mom and I were on eye dropper feeding every 1-2 hours. We continued with incubator monitoring at home and supervising time with Annie so she would not reject them or lose interest.

Eight days in, we lost a second one who was not thriving or showing good signs. We believe it was fading puppy syndrome. I then smartened up a little, drank a load of caffeine, and found some breeders online willing to speak with me.

Afterward, it was decided that we had done all we could for them and had no choice but to give them to Annie full-time and pray for the best. Turns out, it was a good decision. They began to thrive and grow almost instantly.

I had friends lined up and ready to adopt them both. And, I was glad they would be with people whom I knew loved dogs and could be trusted.

But…. then they opened their eyes…

Yes, I crumbled and then I caved. I told my mother I couldn’t let them go. Especially the littlest one, Chibs. He was born with no eyes, no bones in his back legs, and underdeveloped lungs. The vet told us he would never make it through his first night.

Now, Annie lives a happy life with my mom and she sees her two sons several times a week for play and fun.

Tig and Chibs are mine now, four years old and in perfect health. My little Men of Mayhem, as they were named after the Sons of Anarchy.