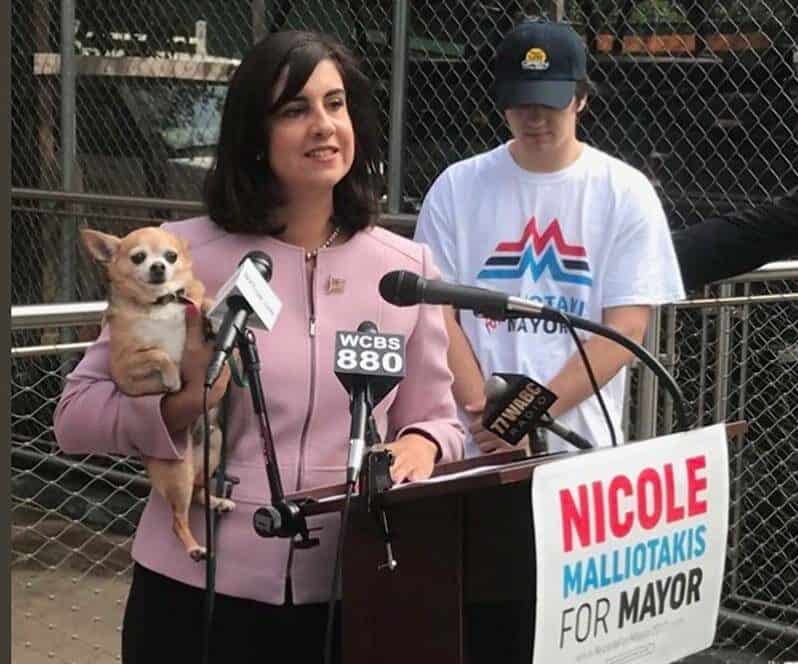 The city is barking up the wrong tree with a ban on pet sitting, mayoral hopeful Nicole Malliotakis said Tuesday.

The Staten Island Assemblywoman blasted the law that makes it illegal to take cash to care for furry friends. She vowed to immediately stop enforcement and get the law changed if she’s elected.

“This is an unnecessary overreach by the city government,” Malliotakis said at a press conference outside a lower Manhattan dog run. “On day one, I will direct the Department of Health to enforce these fines no longer.”

As the Daily News first reported, a little-known city code makes it illegal to board, feed, or groom animals for a fee without a kennel license. And do not allow those licenses to issue for private homes.

The law has ensnared popular pet sitting apps like Rover, which have taken over the task previously done by word of mouth or local bulletin boards of helping pet owners find sitters.

The GOP mayoral nominee said city officials had stepped in with the ban.

“They love animals, and they’re doing something to raise a little extra cash. They’re not hurting anyone. They’re helping, and the city is wrongfully targeting them,” said Malliotakis. She was joined at the press conference by her 12-year-old chihuahua, Peanut.

She said while she supported licensing for groomers and kennels. Malliotakis would not enforce the regulation against individuals charging for pet sitting on a small scale. She would also push legislation to allow pet sitters to care for a limited number of dogs. Perhaps up to five without getting a license.

Malliotakis said it’s not the only archaic law she’ll go after. She would also seek to repeal bans on dunk tanks, fortune telling, and puppet shows in homes.

De Blasio spokeswoman Olivia Lapeyrolerie said the administration is “working with Council on legislation that won’t penalize New Yorkers for earning extra cash by looking after their friend’s pet” and noted three fines issued at residential addresses since 2015.

“(I) would hardly call that a crackdown,” she said.