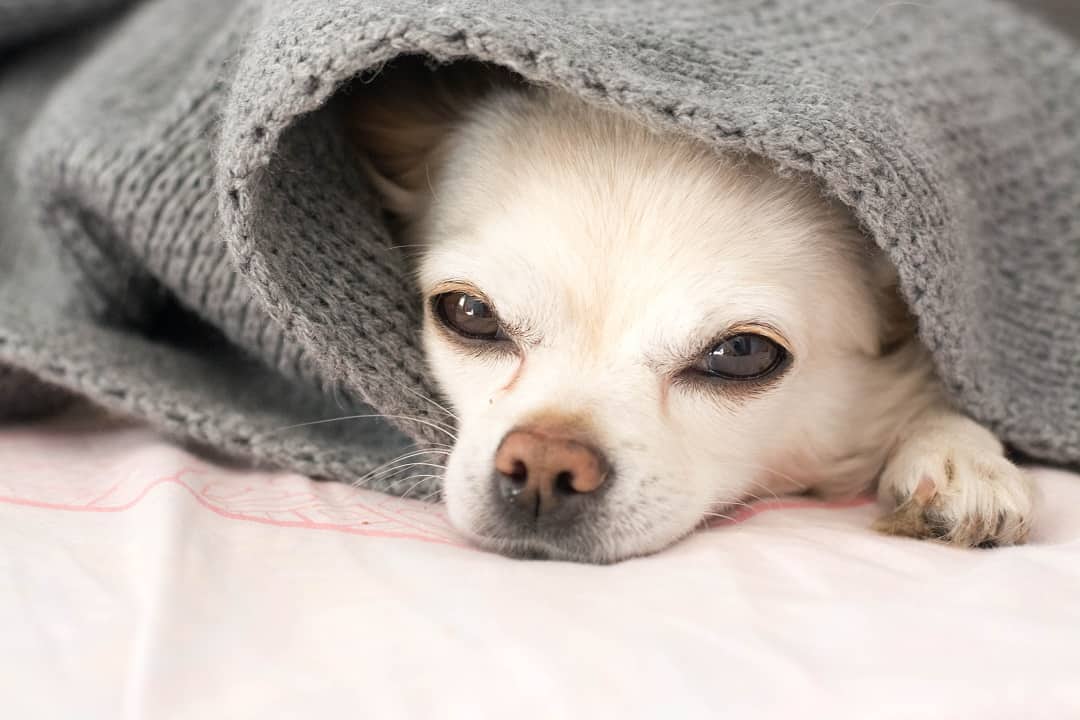 Reasons Why Your Chihuahua Yelps Randomly

Dogs are family. We care for them like our children no matter what breed they are. That’s why, if we sense something wrong, we immediately run to their aid.

If your Chihuahua yelps randomly, we try to inspect what is wrong.

But dogs can’t speak human language. Unfortunately, we also can’t speak theirs. The only signs they are in distress is their actions and yelps and cries of pain and agony.

There’s a reason behind a Chihuahua’s yelp. Here’s everything you should know to avoid panic and ensure they are well taken care of.

Chihuahuas and Yelping
There’ve been many instances wherein owners would pick their Chihuahua up and their dogs would yelp without warning. As owners, we’d only conclude that they are in pain. There’s no other choice but to bring them to the vet, especially when there’s no sign of injury.

This can happen to both young and adult dogs. But you can expect sudden and random yelping from puppies.

That said, here are some probable causes why your Chihuahua yelps randomly:

Anxiousness and being startled

Anxiety is more prevalent among puppies and newly adopted dogs. Your Chihuahua is not yet accustomed to their new environment and family. Even being picked up by us, humans, won’t be comfortable for them yet.

They may also yelp when they’ve been picked up all a sudden. Your pup might have been startled by the sudden movement.

Adopted dogs, especially those that have been abused and hurt in the past, may also have lots of anxiety built up. They believe every caress is meant to hurt them. When you pick them up, they’d instantly yelp and shake and think you are going to hurt them.

You can fix this by taking baby steps with your new dog.

Don’t approach a dog when it’s eating, sleeping, or tending its puppies. Call their name. Do it in a soothing and calming voice so they are aware you mean them no harm. Then try to pet them first before picking them up so they can get accustomed to human touch.

Most of all, be gentle in picking them up and in handling them. Chihuahuas are small. Learn how to handle them properly to support all their weight.

It may also help if you hold them while sitting down or kneeling. Standing will make them more anxious that they’re going to fall a long way down. Keep these sessions short until they are no longer fearful and stressed.

Your surroundings could also be a big factor in why your Chihuahua yelps randomly. Loud noises like thunder, storms, sirens, honking, and shouting could all cause anxiety to your dog. They’ll yelp and shake to show they are stressed.

It doesn’t matter whether your Chihuahua is old or young. Some dogs are more nervous and sensitive than others.

You can help them by trying to give them space away from loud noises. For example, give them a room farther away from the streets and your garage. Bring them inside the house when there’s a storm or thunderstorm.

Some dogs will also love to cuddle with their humans during these stressful moments. Pick them up and let them stay near you. Or you can surround them with their favorite toys so they’d feel more comfortable.

If loud noises are inevitable (parties, fireworks, etc.), make sure your pup is away from the excitement. It’s also best if they’re with someone.

But observe them carefully. If they go back to normal once the surrounding is calmer and quieter, the better.

The most common reason why your Chihuahua yelps randomly is due to pain and discomfort caused by a health problem.

It’s frustrating to know what the cause is, especially if there are no visible signs. But if your Chihuahua is yelping randomly and isn’t caused by the anxiety of your surroundings, it’s better to bring them to a vet as soon as possible.

Chihuahuas are prone to several health issues such as luxating patella and hip dysplasia. These can be diagnosed by a vet but not easily by a normal pet owner.

A vet can examine your dog and can come down to a diagnosis. It can even be as simple as the wrong diet and feeding program. Or it can be something serious.